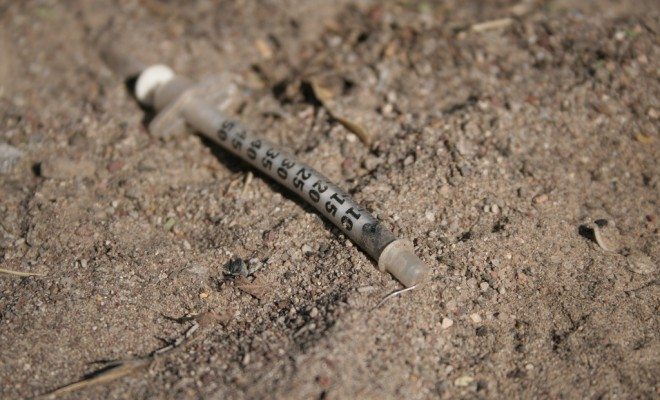 Mayor Svante Myrick of Ithaca, New York has proposed the United States’ first supervised heroin injection facility. This is a bold move in the current struggle to fight the serious heroin problem in many of America’s cities and towns.

Ithaca, New York is home to Cornell University and Ithaca College, and has a population a little over 30,000. Yet despite that relatively small population, it has a relatively big heroin problem. In one three-week span in 2014, the city saw three fatal overdoses and 13 non-fatal overdoses. Those incidences prompted city officials to look into new ways to deal with the problem–it has become clear to many that the traditional “tough on crime” approach isn’t really working to stem rising heroin use in the U.S.

A supervised heroin facility would allow addicts to use the drug while being supervised by nurses, and they would be free from arrest. The logic behind the idea is that it will prevent deaths via overdose, stem the spread of disease through sharing used needles, and help heroin addicts be funneled into programs that will help treat their addiction and deal with other health issues. This approach treats heroin addiction as a public health issue rather than a crime. This approach has been taken in parts of Canada, Europe, and Australia–but it would the first time a city in the U.S. has tried it.

While normally the proposal would have to go through the state legislature, Myrick is hoping to bypass that process if the state health department declares the heroin problem in New York a public health crisis.

The supervised heroin injection facility is just one part of a larger plan that Ithaca is releasing in an attempt to combat drug use. Entitled “The Ithaca Plan: A Public Health and Safety Approach to Drugs and Drug Policy,” it contains a four-pillared approach of treatment, harm reduction, public safety and prevention.

Myrick seemingly realizes that there’s going to be a lot of pushback to the plan, but he told The Ithaca Journal’s Kelsey O’Connor:

I think it makes sense. What we’re proposing is different, and different is scary. And you don’t want to seem like you’re condoning drug use. So I think even people who oppose this are opposing this with good intentions. They want people to get healthy and they don’t want people using drugs, and neither do I. The only thing I can say to people who oppose it, it’s not enough to be angry about the problem if all you’re going to do is what you did before. If you keep seeing the same problems and proposing the same solutions, then you’ll never make progress. So it’s not enough to get angry, you’ve got to get smart, and you’ve got to be willing to try.

There’s still a lot up in the air about whether the plan will move forward, but the comprehensive proposal and innovative (for the U.S., at least) ideas being considered in Ithaca are a step in what will hopefully be the right direction.

Anneliese Mahoney
Anneliese Mahoney is Managing Editor at Law Street and a Connecticut transplant to Washington D.C. She has a Bachelor’s degree in International Affairs from the George Washington University, and a passion for law, politics, and social issues. Contact Anneliese at amahoney@LawStreetMedia.com.
Share:
Related ItemsAddictionCornell UniversityDrugsHeroinIthacaSvante Myrick