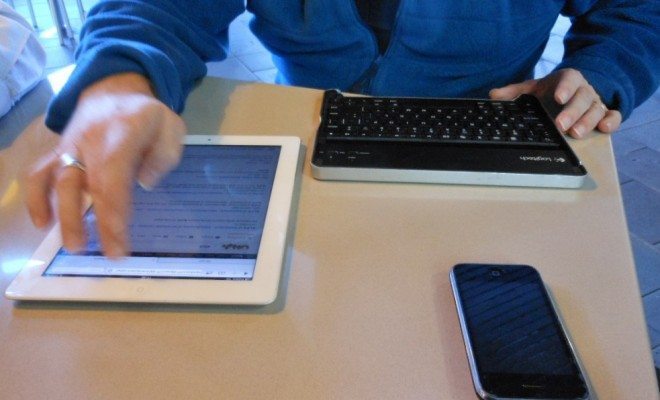 Earlier today, I was fortunate enough to watch and listen to a webinar hosted by the Chief Strategy Officer of Mashable.com, Adam Ostrow. The webinar, hosted at the American Association of Publishers, focused on how Mashable has been so successful, so quickly, in the online media field, and Ostrow’s insights were incredibly enlightening.

Mashable has been around for less than 10 years–it was launched in 2005 by a young Scottish man named Pete Cashmore. It began as a classic low-funded start-up. Its employees worked virtually, and given time differences between the U.S. and the U.K. were able to present content almost 24/7. Now, Mashable is well recognized as a force to be reckoned with in the online arena. According to Ostrow’s presentation today, some sort of Mashable content is now shared an average of three times per second.

Ostrow’s focus today was to explain how they got there–what sort of ingenuity and creative thinking was required to turn Mashable into such a viral phenomenon. A lot of it involved Mashable’s ability to utilize the digital culture that is becoming increasingly pervasive in American society, especially among young people. As Ostrow put it:

He’s absolutely right–we are more connected than we ever were before. We work, socialize, and interact constantly through our smart phones and social networks–why shouldn’t we get our news and other desired content the exact same way?

That’s exactly what Mashable thought too, and it’s worked. In 2014, roughly 50 percent of their users have accessed the site through mobile technology. On another interesting note, 50 percent also get to the site through some sort of social media platform. While those numbers are not necessarily mutually exclusive, they are telling. As a millennial, they’re almost directly representative of how I got a large chunk of my news–scrolling through my Twitter feed on my phone.

That brings us to another important part of Ostrow’s presentation–Mashable got into the market by taking advantage of changes in the media world, but they also realized they would be remiss to not stay abreast of changes that continue to happen. Ostrow highlighted a few–things like smartwatches are starting to become legitimate considerations, for example. One thing that really struck me was the fact that Mashable has a a position entitled “Dedicated Snapchat Storyteller.” That’s incredible, given that Snapchat was just released in 2011. So much of today’s society moves so quickly–our media sites are smart to jump on trends and incorporate them into their business models.

So Mashable is very successful, to be sure…but how do they make their money? That was another part of Ostrow’s presentation, and like Mashable in general, their money-making strategy was something that we probably wouldn’t have even known about just a short time ago. It’s called native advertising, or sponsored content, and it’s a model that is becoming increasingly popular on the web. There are a few different ways to do it, but essentially what it means is that a particular advertiser provides content that fits into the context of the site, in the form of blogs or articles, or some other platform. In the case of Mashable, some of their sponsored content partners include American Express, Staples, and Gap, among others. Like the rest of what Mashable is doing, sponsored content is smart because it tailors itself to what we, as millennials want. Smart content with context appeals way more to us than print ads, or even classic advertisements.

Overall, it was an incredibly interesting presentation–if you’re looking for more coverage, make sure to check out the Law Street Media Twitter feed. Mashable’s innovation is impressive, and their insights equally so.

Anneliese Mahoney
Anneliese Mahoney is Managing Editor at Law Street and a Connecticut transplant to Washington D.C. She has a Bachelor’s degree in International Affairs from the George Washington University, and a passion for law, politics, and social issues. Contact Anneliese at amahoney@LawStreetMedia.com.
Share:
Related ItemsAdam OstrowAmerican ExpressClicksGapImpressionsInnovationMashableMediaNative AdvertisingPete CashmoreSocial MediaSponsored ContentStaplesUnited StatesViral