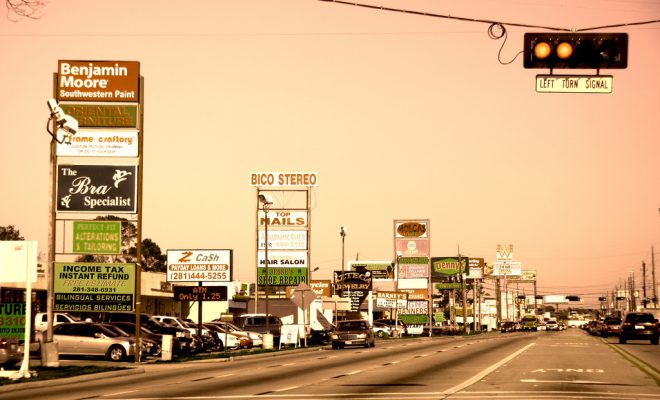 Another mall shooting took place on Monday morning, this time in Houston, Texas. Nine people were wounded before police took the suspect down. Police officers initially responded to a 911 call at 6:30 a.m. after reports of a shooting victim close to a strip mall, but realized that the shooter was still active when they got there.

Officers soon tracked down and killed the gunman, who was firing shots at moving traffic from the parking lot of the mall. The nine wounded people, one in critical condition, initially believed to be six, were inside their own vehicles when they were injured. Police did not release the suspect’s identity, but did say that he is a lawyer, and “there were issues concerning his law firm.”

Active shooter at Weslayan & Bissonnet has been shot by our officers; no reports of other suspects at this time #hounews

One witness, Eduardo Andrade, said he heard an explosion when he was driving by the scene of the attack:

As I was driving by Law Street I suddenly heard a big explosion. I covered myself, accelerated and tried to get out of there. I did not know if someone was following me or trying to shoot me.

It is unclear whether this had anything to do with terrorism. According to authorities, they were investigating the suspect’s car for possible bombs.

Houston gunman injures six at US mall before being shot https://t.co/aubyR3pVbM

The shooting in Houston comes only three days after a shooting at a mall in Burlington, Washington, which left five people dead. Police arrested that shooter, Arcan Cetin, who was reportedly found unarmed in a zombie-like state after a daylong search on Saturday evening. Cetin had a history of domestic abuse against his stepfather. His ex-girlfriend used to work at the store in which he opened fire. A judge had previously ordered him to not possess a firearm.

Cetin is expected to appear in court on Monday to be formally charged with five counts of first-degree murder. Authorities first described Cetin as being Hispanic, but later changed that to Turkish. No details have been released about the Houston shooter’s ethnicity.

Emma Von Zeipel
Emma Von Zeipel is a staff writer at Law Street Media. She is originally from one of the islands of Stockholm, Sweden. After working for Democratic Voice of Burma in Thailand, she ended up in New York City. She has a BA in journalism from Stockholm University and is passionate about human rights, good books, horses, and European chocolate. Contact Emma at EVonZeipel@LawStreetMedia.com.
Share:
Related ItemsCourtGun ViolenceGunmanGunsHoustonLawyerMall ShootingMurderShootingTexas