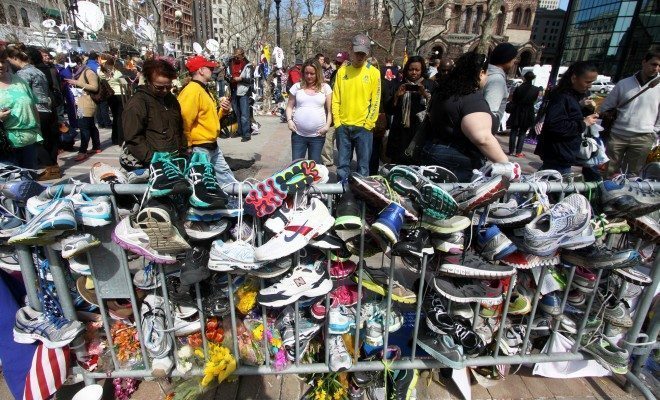 A judge, a few attorneys, and more than a thousand potential jurors are facing a tricky situation in a Boston court. How do you select jury members to try a crime that caught the whole nation off guard and drew international attention for days on end? Starting Monday, lawyers began to screen 1,200 Bostonians to serve on the jury of the Dzhokhar Tsarnaev trial.

Tsarnaev is the 21-year-old suspect in the 2013 Boston Marathon Bombing that killed three people and injured more than 260. Despite the fact that the death penalty was declared unconstitutional in Massachusetts in 1982, Tsarnaev faces capital punishment if he is convicted, given that the charges against him are federal.

That is what makes the selection process so tricky. Tsarnaev is almost definitely going to be convicted, considering the amount of incriminating evidence authorities have—including footage of him dropping what looks like a bag filled with explosives near the race’s finish line, an inscription he supposedly wrote inside the boat where he was captured, and bomb-making instructions that he allegedly downloaded. His defense is expected to focus on trying to save him from the death penalty by picking the right jury members. For the prosecution, it’s the opposite.

The Associated Press explains that the prosecution will want to look for jurors who see things in black and white (or guilty or not guilty) and are likely to favor the death penalty. Meanwhile, the defense will want to look for people who, despite knowing that Tsarnaev is responsible, want to understand what forces pushed him to kill.

CNN reported that Tsarnaev’s defense attorneys have suggested that his older brother, Tamerlan, who was killed in a police chase that ended in a firefight a few days after the marathon, was the mastermind behind the bombing. Dzhokhar, they’ll argue, was influenced and coerced by Tamerlan.

The defense is even trying to bring in the Tsarnaev family history as evidence, citing the psychological impact that Tsarnaev’s father, a refugee from Chechnya, had on him and his brother. The defense has said that the brothers grew up in an environment of “suspicion and fear.” On the other hand, the prosecutors are expected to use the evidence they have to show that Tsarnaev carried out the attack knowingly and willingly.

Tsarnaev is facing 30 federal charges, 17 of which are punishable by death or life in prison. If convicted of any of those, he’ll have a second trial with the same jury to determine sentencing. In the jury selection process, this presents another criterion for which the jurors need to be screened: they have to be willing to impose capital punishment if that is the way that justice is to be legally served.

This is all happening in a state that did away with the death penalty more than three decades ago. In a 2013 Boston Globe poll, 57 percent of respondents said they favored life without parole for Tsarnaev over capital punishment. In contrast, 33 percent said they favored death, and the rest said they didn’t know. Experts told the Globe the results reinforce the notion that most Massachusetts citizens oppose the death penalty. In Boston, a relatively liberal city, the court will have to choose jurors who don’t harbor any strong feelings about it. Anyone who does cannot be a member of the jury. The defense actually tried to move the trial away from Boston several times because of the obvious emotional toll the attacks had on the city, but U.S. District Judge George O’Toole Jr. refused.

The jury selection process is expected to take about three weeks. The trial is set to start in late January and take three to four months.