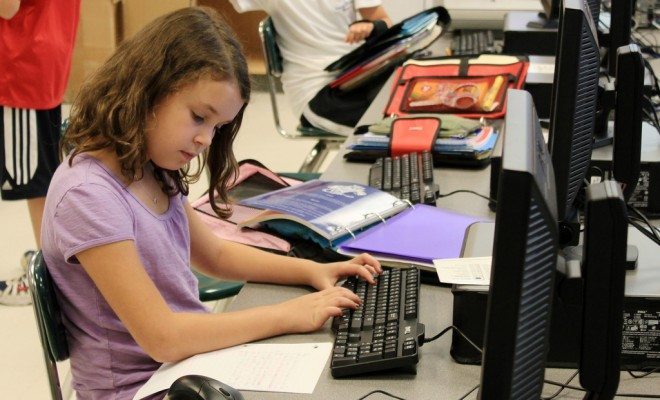 Illinois Tries to Expand Cyberbullying Laws Outside of Schools

Millennials love the Internet, and most can tell you that from a young age, bullying was as present there as it was on the playground. As states have struggled to keep changing technology on the books to prevent bullying, they have faced challenges when it comes to preventing, or correcting, behavior that happens online and outside of school.

In Illinois, the Senate just passed a law that would ban students from using phones and computers as mechanisms for cyberbullying- whether in school or at home. The bill is on its way to the governor’s desk, and if signed, would be one of few around the country to include such far-reaching rules for cyberbullying; most only tackle in-school behavior. But critics call into question whether the bill can be effective, and even if it is, whether or not it goes too far- making school administrators step in where law enforcement should instead. The law in Illinois previously covered cyberbullying only if it took place on school computers- this new bill goes far beyond that.

This Illinois bill, while in many ways necessary, calls into question a number of things, the first of which being the jurisdiction of a school’s administration. If cyberbullying is taking place outside of school altogether, it is hard to find legal precedent for why the matter should be brought inside the school. Some critics of this bill, and of others like it, say cyberbullying is best dealt with by local police authorities instead of those at the school. Furthermore, not all cyberbullying is a result of students being victimized by others at the same school- it is entirely possible that the bullying can happen from students in other school districts, other states, or even other countries.

Another potential problem with this bill would be the mechanisms by which it is enforced. The simplest way to keep track of this cyberbullying would be to have victims show school administrators websites or other social media platforms that have the bullying. But oftentimes, victims are too scared or embarrassed to do that. And even for those who do come forward, social media websites like Facebook and Twitter, and other new platforms like YikYak (which has already been called a haven for bad behavior), can allow bullies to act anonymously. Of course, some simple sleuth work or help from law enforcement would be able to dig up a lot of information on the root of the cyberbullying, but with many schools being underfunded and understaffed, there are questions about how effective administrators could be about looking into all of these instances.

But even if it were possible for school officials to effectively monitor this kind of behavior- what are the legal complications of instituting this kind of policy?

At public schools, students are granted a degree of free speech, and there have been a plethora of court cases trying to define such boundaries. One of the earliest is the famed Tinker v. Des Moines, which held students have the right to free speech so long as they don’t disrupt what’s supposed to happen at school (learning in a calm environment). One of the reasons cyberbullying is difficult to mesh in with a case law on free speech, is because it usually does not take place on campus, so that “disruption” is more difficult to pinpoint.

Currently, 13 states have off-campus behaviors included in their cyberbullying policies, all to varying degrees. Some states, like Arkansas, require off-campus attacks to be directed at students or staff and be “intended for the purpose of disrupting school, and has a high likelihood of succeeding in that purpose.” Other states, like Connecticut, define cyberbullying a bit more broadly, considering cyberbullying anything that “creates a hostile environment at school for the victim.” Obviously, the more broadly defined, the more instances of bullying it will include, and the more work that will need to be done by school officials as a result.

In Illinois, bullying is defined as “any severe or pervasive physical or verbal act of conduct, including communications made in writing or electronically” that results in a student fearing harm of self or property, that substantially interferes with academic performance, or causes harm to a student’s physical or mental health. That definition has always been in place in Illinois, just now extends further to cover off-campus online bullying, too.

It is not yet clear where the line will be drawn in terms of cyberbullying rules each school can enact. It seems that as long as schools can prove the bullying (on campus, or off) led to significant disruption within the school, they are within their rights to enact these policies.