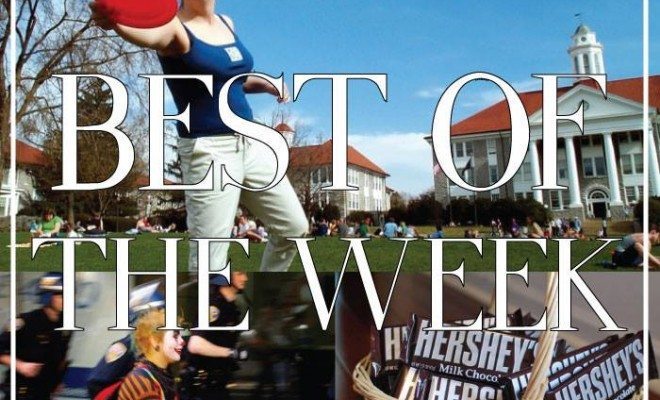 Missed out on some of the most interesting news last week? Don’t worry, we’ve got you covered. From satirical gateway drugs to a city overrun by clowns, last week was certainly one for the books. Writer Anneliese Mahoney took the top two spots with her reporting on police who struck out in their drug searches but came out with a handful of okra and some frisbee equipment, as well as a look t the city of Wasco, California, which may or may not be crawling in clowns; Alexandra Badalamenti write the number three post of the week on Hershey’s lawsuit against the maker of Hashees, a curiously similarly named weed edible. ICYMI, here is Law Street’s Best of the Week.

The national attitude towards pot has been evolving for some time now. Marijuana has now officially been decriminalized in a number of states, and even legalized in two: Oregon and Washington. But even as our national view towards marijuana changes, our misperceptions don’t necessarily follow suit. This split has led to a couple funny stories making the national news this week. One directly relates to those aforementioned stereotypes. A video in Ankeny, Iowa has been making its rounds on the internet. In it, a police officer tries to search a driver’s car, because apparently, people who play disc golf also smoke weed. (Read full article here)

#2 What’s the Deal With the Clown Problem in Wasco, California

If you’re a member of the Wasco California Police Department, you’ve had an interesting week. Wasco, near Bakersfield, has been all over the news for an interesting problem it’s having. But is it actually a problem, or a weird hoax turned viral? Google it and you’ll see a bunch of headlines about crazy clowns terrorizing the town and stalking people. (Read full article here)

The Hershey Company has settled a lawsuit and simultaneously protected millions of little children across the country from becoming future cannabis users. The maker of the legendary chocolate Kiss, Peppermint Patty, and (my personal favorite) Reese’s Peanut Butter Cup settled a suit against marijuana candy manufacturer TinctureBelle LLC. Filed this summer, the suit was in response to TinctureBelle’s “medicated gourmet edibles,” many of which boast names allegedly mimicking those of the Hershey Company’s treats. (Read full article here)

Chelsey D. Goff
Chelsey D. Goff was formerly Chief People Officer at Law Street. She is a Granite State Native who holds a Master of Public Policy in Urban Policy from the George Washington University. She’s passionate about social justice issues, politics — especially those in First in the Nation New Hampshire — and all things Bravo. Contact Chelsey at staff@LawStreetMedia.com.
Share:
Related ItemsBest of the WeekCaliforniaCandyClownsDrugsFrisbeesGateway DrugHersheyHoaxICYMILawsuitMarijuanaMemeOkraPoliceThe Hershey CompanyTrademarkWasco