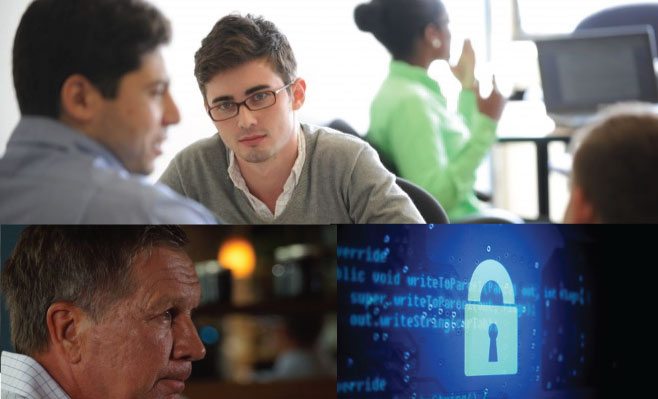 Happy Monday morning, Law Street readers. I know it was a busy week, so anyone who wants to take a look back at our top stories last week should check them out below–ICYMI: here’s Law Street’s best of the week.

1. Boston University School of Law Wants to Help You Step it Up This Summer

Boston University School of Law has an important message for law students: it’s time to get ahead of the pack with some new skills. If you’re a law student wondering how you could possibly add new skills to your already packed resume, busy work schedule, and mounting course load, that’s ok, because BU Law has the answer to that question–an innovative new summer program that makes it easy for law students to gain essential practice experience through two summer course offerings: Contract Drafting and Negotiation. If you’re a student pursuing an MBA, medical degree, or other applicable graduate degree, the Negotiation class is open to you too. Read the full story here.

The Republican presidential candidate that many had previously hailed as the most moderate GOP contender signed a bill Sunday to prohibit the Ohio state health department from contracting with entities that perform or promote abortions.

John Kasich, the Governor of Ohio and presidential hopeful, fulfilled his promise to defund Planned Parenthood, even though the healthcare provider is not specifically named in the bill. However slashing funds is one way that lawmakers plan to get rid of the healthcare provider, which just happens to refer patients to and provide abortion services. Check out the full story here.

3. What Does Antonin Scalia’s Death Mean for the Supreme Court?

The world was rocked by the death of 79-year-old Justice Antonin Scalia on Saturday,February 13, 2016. Scalia, the longest-serving justice on the current bench, was appointed by President Ronald Reagan on June 17, 1986 following the resignation of Chief Justice Warren E. Burger. His three decades on the Court have proven to be legendary and exceptionally influential in the interpretation of law and the Constitution. Even his passing has, fittingly, sparked a constitutionally-based showdown of governmental powers and the appointment of a new justice. Click here to learn more about Justice Scalia’s influential and legendary service to the Court and the politically fused debate regarding the appointment of a new Supreme Court Justice.

Anneliese Mahoney
Anneliese Mahoney is Managing Editor at Law Street and a Connecticut transplant to Washington D.C. She has a Bachelor’s degree in International Affairs from the George Washington University, and a passion for law, politics, and social issues. Contact Anneliese at amahoney@LawStreetMedia.com.
Share:
Related ItemsBest of the WeekICYMIJohn KasichLaw SchoolPrivacyTop Stories