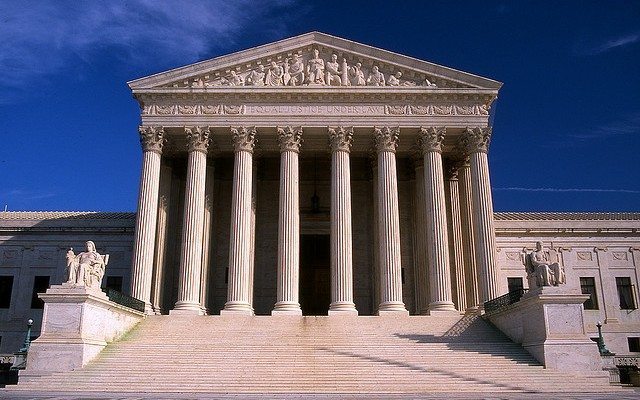 Hall v. Florida: What Will the Ruling Be?

On Monday, March 3, 2014 the Supreme Court heard oral arguments that charged Florida with failing to properly establish an inmate’s IQ before ordering the death penalty. In determining the level at which inmates are ineligible for capital punishment, Florida has drawn a strict line at an IQ of 70 or below. However, experts in the medical field as well as several justices feel that this policy does not take into account the five point margin of error in IQ testing in establishing whether or not someone is intellectually disabled. The five point error margin could be crucial in sentencing capital punishment; whether or not you agree with the death penalty at all, it is essential that the decision for a death sentence is justly made.

Here’s the breakdown of the case:

Freddie Lee Hall, a 68 year old, is facing the death penalty for the crimes of raping and killing a 21 year old pregnant woman as well as a police officer. Hall was given several IQ tests throughout his incarceration and received scores of 71, 72, 73, 74, and 80, all of which are above Florida’s 70’s point marker. However, studies have shown the five point margin of error is necessary, concluding that scores as high as 75 considered indications of intellectual disability. Even if you take the average of all Hall’s scores, a 74, he falls within the margin and could be deemed ineligible for the death penalty. Seth Waxman, a lawyer for the defense, stated that this matter “can only be properly diagnosed by professionals.” It seems that other justices shared Waxman’s concerns. Justice Kennedy questioned why states like Florida drew such a hard cutoff, when professionals acknowledged that the IQ test design includes a margin of error.

Looking back at prior verdicts:

The 2002 case Atkins v. Virginia established a precedent for establishing the eligibility for the death penalty based on an inmate’s IQ. The decision gave states a general guideline to follow in establishing proof of intellectual disability in inmates. It stated that in order to declare someone as intellectually disabled, it must be proven that the individual lacks practical and social abilities as well as possesses a low IQ score. The decision stated that low IQ scores are “typically under 70.” In discussing the Atkins ruling, Justice Scalia explained that the court did not make their decision primarily on the studies done by the American Psychiatric Association’s assessment of intellectual disability, but on the adopted policies of the states. But shouldn’t the opinions of experts in a particular field factor in significantly to justice’s decisions, especially in an area they personally are unfamiliar with?

It’s useful to take the precedent into account when determining how to rule in a case with a similar principle; however, the court’s previous decision only vaguely answers the question of whether establishing a hard line at an IQ of 70 is appropriate. The court should, therefore turn to experts on IQ measurements in order to make an appropriate judgement on the state a man’s life.

Furthermore, the case brings attention to the lack of focus on rehabilitation in Florida prisons and the United States in general. In this specific situation, Hall has spent over half of his life on death row, and the man is almost 70 years old! This situation is unfortunately not unique in Florida; as Justice Kennedy mentioned in oral argument, the last ten Florida inmates who received the death penalty spent on average 24.9 years on death row. Florida is not alone in keeping prisoners waiting on death row for longer periods of time, but the amount of years prisoners have spent in this status is concerning. Maintaining someone’s uncertainty over whether he or she will live or die for this long can cause anxiety and the general deterioration of his or her mental state. It is true that a factor involved in the lengthening of the time spent on death row is a more thorough appeals process, which is important in determining guilt and fair sentencing. Nevertheless, an average of 24.9 years is way too long to keep someone waiting on a question of life or death.

Indeed, Hall v. Florida’s significance will reach far beyond the determination of a man’s mental abilities. The case exposes that Florida’s justice system has failed to take into consideration an error margin and other factors in determining whether the death penalty is appropriate. Additionally, it allows inmates to wait extraordinary amounts of time on death row before a final decision. Capital punishment is serious, and the Florida justice system must change to treat those on death row appropriately.

Sarah Helden
Sarah Helden is a graduate of The George Washington University and a student at the London School of Economics. She was formerly an intern at Law Street Media. Contact Sarah at staff@LawStreetmedia.com.
Share:
Related ItemsDeath PenaltyDeath RowIQ TestLawSCOTUSSupreme CourtTrialUnited States