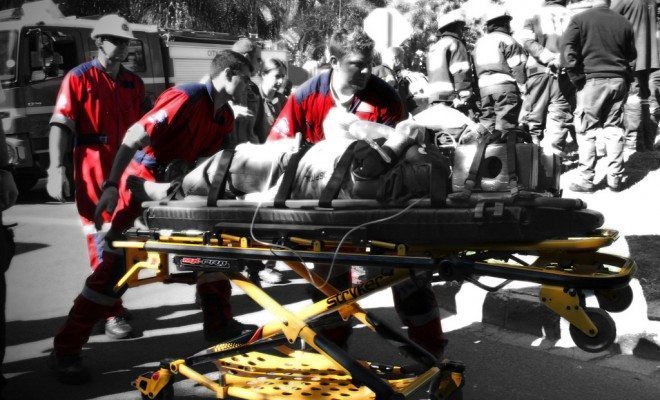 As Overdose Numbers Rise, is Heroin the New Killer?

The influx of heroin is typically seen as a local or regional problem, but the issue may finally be taking its rightful place on the national stage in the upcoming presidential election. Both Jeb Bush and Hillary Clinton have faced questions about the growing heroin problem, and Clinton recently vowed to make it a campaign issue. Now, there are a growing number of policies developing across the country to attempt to address the problem.

The number of heroin-related deaths has grown rapidly in recent years. According to the Center for Disease Control, the rate of drug poisoning deaths involving heroin nearly quadrupled from 2000 to 2013, with most of that growth occurring after 2010.  Of the 4.2 million Americans who have tried heroin, approximately 23 percent will become addicted. In 2013, the number of deaths related to drug overdose was 43,982, exceeding traffic fatalities. That year, heroin accounted for approximately 19 percent of all drug overdose deaths, taking the lives of 8,257 people. This chart shows the rapid growth in heroin deaths that has occurred in recent years.

Because of the recent increase in supply and decline in cost, heroin is becoming one of the most popular drugs on the market. In 2007, there were approximately 373,000 heroin users in the United States, but by 2012 that number had  grown to 669,000, an 80 percent increase.

Heroin is also becoming easier to use. Production improvements have increased the purity of heroin sold on the street, which allows it to be snorted and smoked as well as injected.  In the past, injection was the most common method because at lower purity levels that was the only way to receive an instant high.

The drug has become especially popular among white middle class males. In a study done by the National Center for Health Statistics, white males between the ages of 18-44 have become the largest demographic affected by  heroin, with an overdose rate of 7 per 100,000. The overdose rate for men is also four times higher than it is for women.

“Accidental Overdose” is a serious problem for heroin users, but the overdose process is more complicated than it may seem. Users build up a tolerance to the pleasurable effects of the drug faster than they do the physical effects. As a result, users need to take more of the drug to reach the same high, but in the process their respiratory systems can’t catch up and their breathing slows. Many people who die from an overdose simply stop breathing. Naloxone, a drug carried by many first responders, can speed up breathing and can help save someone who has overdosed, but that requires another person to be present to administer Naloxone or call for help.

Jack Stein, the director of the Office of Science Policy and Communications at the National Institute on Drug Abuse told National Geographic, “Literally every time someone injects heroin they are taking a risk of an overdose.” This is because addicts have no way of knowing what they are actually buying off the street. It could be pure heroin, or heroin cut with other powerful substances.

Last summer the White House held a summit on the Opioid Epidemic focusing on finding ways to encourage states to pass Good Samaritan Laws and increase the availability of Naloxone to first responders. As of July 2, 30 states and the District of Columbia have passed Good Samaritan Laws, which allow bystanders to respond in an overdose situation without fear of repercussions. Additionally,  42 states and D.C. have amended their laws making it easier for medical professionals to access Naloxone. Because of these changes, 188 community-based overdose prevention programs now distribute Naloxone.

While progress is being made toward reducing the large number of overdoses from heroin and other opioids, government agencies must do more to crack down on the sale and trafficking of these drugs, and the 2016 candidates need to continue to advocate for change. Legislation is finally starting to catch up with the epidemic, but several states still lag behind. Naloxone is cheap and has a shelf life of 2-3 years, but it can only be lifesaving if it is readily accessible. While efforts to save people from overdosing are important, lawmakers must also work to restrict the spread of heroin, which has already taken root in many places across the country.

Jennie Burger
Jennie Burger is a member of the University of Oklahoma Class of 2016 and a Law Street Media Fellow for the Summer of 2015. Contact Jennie at staff@LawStreetMedia.com.
Share:
Related ItemsDrug OverdosesDrugsFirst RespondersHeroinHeroin EpidemicNaloxoneOverdose