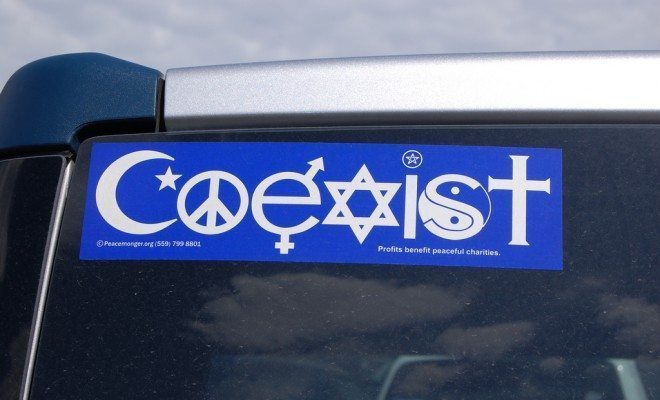 According to the American Values Index, a project created by the Public Religion Research Institute (PRRI), the United States is becoming increasingly multi-religious. The tool, which allows users to see the religious and political views of people around the country, is a fascinating use of public data and polling. It’s also an interesting look into the changing demographics and ideological priorities in the U.S.

PRRI is a nonpartisan research organization that declares its goals as follows:

The United States has long been seen as a consistently white Christian nation, and demographically speaking, that characterization was fair for a long time; however, according to the American Values Index, white Christians are now a minority in 19 states. The percentage of white Christians has fallen to as low as 20 percent in Hawaii, 25 percent in California, and 33 percent in New Mexico.

Furthermore, America’s Protestant tradition is also on the decline. Only 47 percent of the nation overall is Protestant. Notably, some of these shifting statistics come from the increasing amount of religious unaffiliated Americans. Twenty-two percent of Americans now don’t identify with any particular religious tradition, and given that those ranks are dominated by young people, those numbers are on the rise.

It will be interesting to see if these revelations play any part in the 2016 elections that are already ramping up. A national survey by Public Policy Polling in February revealed that 57 percent of Republicans polled answered “yes” to the following question: “Would you support or oppose establishing Christianity as the national religion of the United States?” Thirty percent of those polled said “no” and 13 percent said they weren’t sure. Regardless of the fact that such a proposition blatantly flies in the face of the First Amendment, it also shows a blind disregard of the actual demographics of the United States.

There are specific areas where this attitude is more prevalent. Just a few weeks ago, members of the Kootenai County Idaho Republican Party put up a proposal that Idaho be declared a “Christian state.” That measure was eventually tabled, however.

The American Values Index also highlighted some interesting statistics about ideological views in the United States. For example, the conservative split on social issues, particularly abortion and gay marriage, is very noticeable. Young white evangelical protestants are pretty much split on the issue of gay marriage, while their older counterparts stand in strong opposition. However, both generations agree on the topic of abortion, with roughly two-thirds saying it should be illegal in all or most cases.

The American Values Index, in addition to being a fun tool to play around with for those like myself who love data, creates in interesting window into the minds of American voters, particularly on socio-cultural issues. As we move closer to the hotly anticipated 2016 elections, it will be interesting to see what part these values issues play.

Anneliese Mahoney
Anneliese Mahoney is Managing Editor at Law Street and a Connecticut transplant to Washington D.C. She has a Bachelor’s degree in International Affairs from the George Washington University, and a passion for law, politics, and social issues. Contact Anneliese at amahoney@LawStreetMedia.com.
Share:
Related ItemsAbortionDataElectionGay MarriageGOPPollingReligionVoting