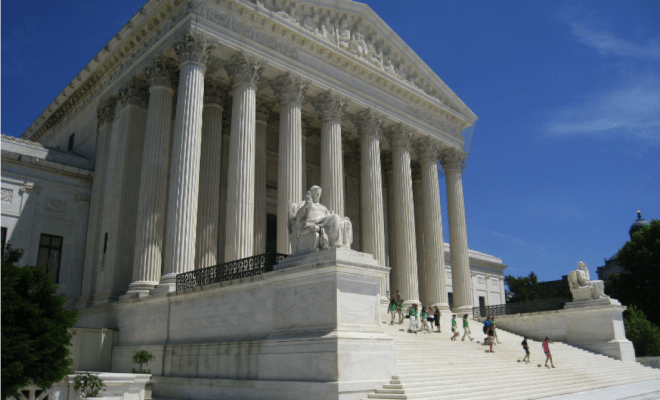 3 Reasons Why the Supreme Court Must Protect Public Workers

Attention public workers: Due to legal precedent, the Supreme Court may not be willing to protect your job if you’re forced to testify against your employer.

The Supreme Court heard oral arguments April 28 in Lane v. Franks, in which Edward Lane, an Alabama state employee, is suing his employer, who he says fired him after he testified against the agency several years ago. The case poses a serious question: does freedom of speech protect public employees from being fired after exposing harmful practices by their employer?

In 2008 and 2009, Lane was subpoenaed to testify in a public corruption case in which his testimony was key in exposing corrupt practices and spurred a major overhaul of the state’s ethics codes. Despite all of that, Lane ultimately harmed himself with his testimony: he was fired from his position as an employee at Central Alabama Community College.

Precedent set in Garcetti v. Ceballos (2006) likely won’t help Lane’s case. In Garcetti, the Supreme Court ruled that there is a difference between speaking as a public employee and as a citizen, and that when people issue statements about their duties and roles in a public position they are not speaking as an average citizen and therefore they are not protected by freedom of speech. Because of that distinction, public employees cannot be guarded from the disciplinary procedures of their employers.

1. Public institutions must be held accountable for their actions.

During oral arguments in Lane v. Franks, Justice Sotomayor asked, “What are you doing about the truth­ finding functions [in a trial] setting when you’re saying or telling people, employees, don’t go and tell the truth because if the truth hurts your employer, you’re going to be fired?” As the justice points out, ruling that employees are not protected by the first amendment when exposing truthful problems about their employer can lessen the degree to which public institutions can be held accountable for improper actions. If the court rules against Lane, public employees, who have the most knowledge of the inner workings of their organizations will be silenced and will not continue to expose the wrongdoings of public institutions. If public employees cannot speak up and tell the truth about these problems, it’s unlikely that we’ll be able to fix the faults in our public institutions.

2. Public and private employees will be treated differently.

3. Subpoenaed public employees have no choice but to testify.

If the court rules against Lane, public employees may have to choose between their jobs and a legal battle. Lane was subpoenaed to testify against Central Alabama Community College. This means it was mandated that he appear before the court to give his testimony, and failing to do so would have put him in serious legal trouble. Additionally, it is against the law to lie under oath, and if Lane had been subpoenaed to testify but issued false statements to protect his employment, he would also face legal charges. This presents a lose-lose situation for public employees. If subpoenas require a citizen’s testimony in court, public employees should not be faulted for following the law. Being forced to testify should not enable one to be fired.

When such important cases can affect the lives of so many Americans, the justices have a duty to make a sound and reasoned decision. But will they be able to do so if some of them can’t recall their own previous decisions? Justice Kennedy, who wrote the Garcetti opinion, couldn’t believe why a subpoenaed testimony wouldn’t be protected by the First Amendment. In order to give justice to Lane and other public employees, the court needs to pay attention to how their earlier decisions can affect later outcomes.

Sarah Helden
Sarah Helden is a graduate of The George Washington University and a student at the London School of Economics. She was formerly an intern at Law Street Media. Contact Sarah at staff@LawStreetmedia.com.
Share:
Related ItemsFreedom of SpeechGovernmentJobsLawLegalPublic EmployeesSCOTUSSupreme CourtUnited States