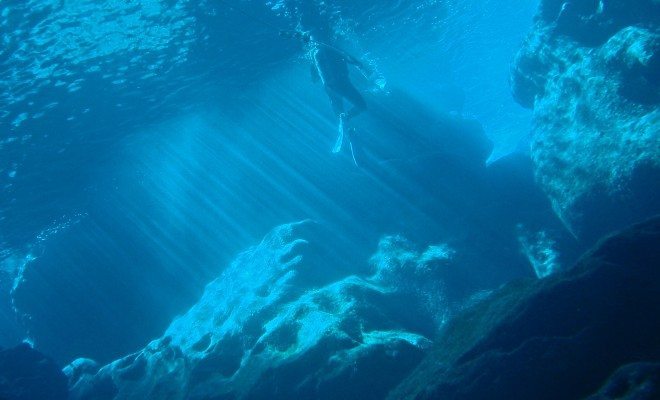 The Wreck of the San Jose: Legal Battles Over Sunken Treasure

Buried treasure often seems a fantasy that doesn’t exist outside of the movies but last week, Colombia announced an archaeological discovery beyond the imagination of any Hollywood writer. The Spanish galleon San Jose, which was sunk on June 8, 1708, has been discovered off the coast of Colombia. The vessel may contain as much as $17 billion in precious metals and gems. Colombian President Juan Manuel Santos is already hailing the wreck as a major discovery for Colombia but there have been conflicting claims over who should profit from the salvage. Take a moment to learn about the bounty of the San Jose, the ongoing legal scuffle, and who stands to benefit.

History of the San Jose

The War of Spanish Succession raged from 1701 to 1714, sweeping across Europe and sending a dozen kingdoms into turmoil. The conflict sparked proxy battles in colonial territories in the Caribbean and Latin America. The Spanish relied on jewels and precious metals from their colonies to fund some of their battles in Europe and the British Empire sent ships from its holdings in the Caribbean to attack Spanish vessels carrying these treasures back to the court.

On June 8, 1708, a battle which is now referred to as Wager’s Action broke out in the early evening. A squadron of British ships commanded by Charles Wager ran into a Spanish treasure armada led by Admiral Jose Fernandez de Santillan off the cost of what is now the city of Cartagena. Wager attacked the armada, hoping to seize the treasure, but during the battle the San Jose exploded, losing its cargo and almost the entire crew to the depths of the sea. It is unclear why the ship burst into flames, but now that the wreck has been discovered, archaeologists may be able to determine the source of the explosion. Wager was able to sink another ship in the fleet, the Santa Cruz, but the rest of ships escaped him and sailed on to Cartagena. The Spanish court history recorded the loss of the San Jose’s crew in its records:

Six hundred lives had been destroyed in an instant. Most of them either were vaporized in the explosion or went to the bottom of the Caribbean with the tons of precious metal which had been destined to finance the killing of thousands more on the battlefields of Europe

Competing Claims to the Treasure

President Santos is hailing the discovery as a Colombian success, but a group of American salvage investigators, who call themselves Sea Search Armada, have contested the president’s claim. Sea Search Armada (SSA) claimed that it first found the wreck in 1982 and the Colombian government is trying to cut them out of the profits. According to the Associated Press,

Two years later, Colombia’s government overturned well-established maritime law that gives 50 percent to whoever locates a shipwreck, slashing Sea Search’s take to a 5 percent ‘finder’s fee.’…A lawsuit by the American investors in a federal court in Washington was dismissed in 2011 and the ruling was affirmed on appeal two years later.

SSA claims that the Colombian government recognized how profitable recovering the wreck could be and purposefully changed the existing law to cut out the research team which found the wreck 700 feet below the surface in 1982. The group claims that the original research team from the Glocca Morra Company (contracted by SSA) struck a deal with the Colombian government to receive 35 percent of the treasures of the San Jose. Colombia has not delivered on this deal and SSA managed to win the right to a 50 percent share to any proceeds make off of the wreck in a Colombian court case. However, the government has denied SSA’s claim to the treasure since announcing its recovery last week. The Colombian government is already planning to build a museum dedicated to the San Jose in Cartagena, hoping to draw more tourists into the site of the wreck. The SSA could potentially benefit off of the museum and the treasure itself if it appeal its case in coming months.

The litigation between the Colombian government and SSA has been brewing for decades but this week  an unexpected claimant entered the contest: Spain. Spanish Foreign Minister Jose Garcia-Margallo is obtaining more information on the wreck, hoping to build a case for returning it to its nation of origin. In a recent interview, Garcia-Margallo claimed that Spain wants to resolve any ownership conflict with Colombia in a peaceful manner but also stated that, according to a prior UNESCO convention, the wreck can be considered part of Spain’s national heritage and may fall under Spanish protection. President Santos has struck back at both American and Spanish claims, arguing that the wreck is part of Colombian national heritage and that the claimants throwing their hats into the ring have no right to the wreck. During a recent press conference, Minister of Culture Mariana Garcés discussed how the salvage of the ship was an effort organized and undertaken by Colombians. The three competing claims will most likely have to be processed in multiple courts, making it a truly international legal battle.

The Role of UNESCO

In 2009, the UNESCO Convention on the Protection of the Underwater Cultural Heritage went into effect. According to UNESCO,

Underwater cultural heritage encompasses all traces of human existence that lie or have lain underwater and have a cultural or historical character. Over the course of earth’s history, entire cities have been swallowed by the waves, and thousands of ships have perished at sea. While these ships, structures and other cultural items are not frequently visible from the water’s surface, they have survived at the bottom of lakes, seas and oceans, safely preserved by the submarine environment.  Such heritage provide testimony to various periods and aspects of our shared history; for example, the cruelty of the slave trade, the ferocity of war, the impact of natural disasters, traces of sacred ceremonies and beliefs and the peaceful exchange and intercultural dialogue between disparate regions of the globe.

The 2009 act was designed to protect these underwater sites for generations, both from the ravages of the sea and from looters who steal artifacts and sell them for personal profit. UNESCO has been criticized for being vague in the definition of “cultural heritage” and for poorly defining the procedures for how artifacts should be retrieved and restored. Spain may manipulate those ambiguities in attempts to gain ownership of the wreck of the San Jose but Colombia is not a participating member of the 2009 treaty and therefore has no binding obligation to turn the ship over to Spain. The San Jose was built in Spain but Colombia now considers the wreck to be part of its national history.

This raises an interesting question for future wrecks that pit a former colonial power against a country they once exploited. The ship itself was Spanish but the treasure came from Colombian mines and was uncovered by Colombian laborers. Spain may have been using the treasure to finance its European endeavors, but did the treasure ever truly belong to Spain or was it stolen from Colombian indigenous tribes? With access to the treasures of the wreck, archaeologists may be able to determine who held original ownership of the gold and gems using markings in the gold and shipping records to retrace where they came from. Charles Beeker, Director of the Center for Underwater Science at Indiana University, argues that the wealth aboard the San Jose was taken during conquest and should be returned to the indigenous population.

President Santos has announced that the retrieval of the shipwreck will take years to complete, so neither Colombians nor Americans can expect to benefit off of the San Jose immediately. However, the wreck presents an interesting challenge for policymakers trying to determine ownership of archaeological sites. Should “finder’s fees” be the only reward for researchers who unearth major archaeological finds or should we cut them a bigger piece of the pie?  Do indigenous populations have a right to treasures that were stolen from them decades ago or should colonial powers retain the wealth they captured during the height of imperialism? Discoveries like the San Jose don’t turn up every day so the legal code on how to proceed when they do is far from clear. As the Colombian government enters the international legal quagmire to defend their claim to the wreck, archaeologists and treasure hunters around the world are waiting with bated breath to see who will win the prize.

The City Paper Bogoto: The ‘Rich’ History of the San José

Law of the Sea Institute: Ensuring the Preservation of Submerged Treasures for the Next Generation: The Protection of Underwater Cultural Heritage in International Law

National Geographic: Treasure on Sunken Spanish Galleon Could Be Biggest Ever

Jillian Sequeira
Jillian Sequeira was a member of the College of William and Mary Class of 2016, with a double major in Government and Italian. When she’s not blogging, she’s photographing graffiti around the world and worshiping at the altar of Elon Musk and all things Tesla. Contact Jillian at Staff@LawStreetMedia.com
Share:
Related ItemsColombiaInternational LawSan JoseSpanish War of SuccessionUNESCO