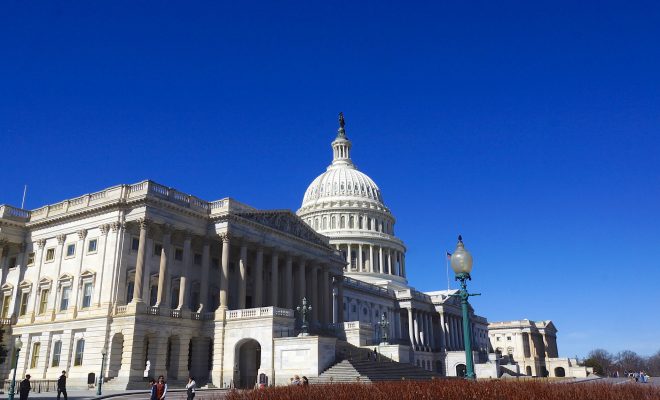 The U.S. Government: A House Divided on Foreign Policy

In 1858, then-Senator Abraham Lincoln made one of his most famous speeches. In this particular speech he referenced the bible in stating, “a house divided against itself cannot stand.” At that time, of course, Lincoln was referring to the schism that divided the nation, namely should we be a free country or a slave-owning country? While the slavery question has been answered, the idea of a divided nation has continued and seemingly grown as time passed. The problem now is not over any singular issue, but the conduct of various branches of the government. In short, what effect does public disagreement over foreign policy issues have on the United States in presenting a unified front when trying to implement some type of cohesive strategy?

With the two most recent high-profile episodes of dissension in federal government–the Senate Republicans’ letter to Iran and the House Republicans’ invitation to Israeli Prime Minister Benjamin Netanyahu to speak to Congress without executive consent–it may appear as though these events were particularly egregious; however, disagreement between members of the government is certainly not something new. For that matter, this level of disagreement is not even that extraordinary. In fact, at various times throughout the nation’s history members or former members of the government have engaged in literal duels where one of the parties was actually killed. Of course those are the extreem examples of disagreement, but they are part of our history nonetheless.

The 1980s seemed like an especially appropriate time to publicly undermine the president and his foreign policy, as evidenced by two specific events. In 1983, Senator Ted Kennedy allegedly secretly conspired with the then-premier of the USSR to help him defeat Ronald Reagan and win the presidency. Just a year later, in 1984, Democrats wrote a letter to the leader of the Sandinistas in Nicaragua that was critical of the president and forgave the rebel regime’s many atrocities.

Another episode occurred in 1990 when former president Jimmy Carter wrote to the members of the United Nations Security Council denouncing President Bush’s efforts to authorize the Gulf War. In 2002, several democratic senators went to Iraq on a trip financed by late Iraqi dictator Saddam Hussein, and actually actively campaigned for his government. This was also aimed at undermining support for the second president Bush’s Iraq War. And the most recent example came in 2007 when newly elected Speaker of the House Nancy Pelosi traveled to Syria and met with President Basher Assad. Even before he had launched a civil war on his own people, Assad had already made enemies of the Bush Administration by supporting insurgents in Iraq.

This is the context in which Congress’ most recent acts of defiance should be considered. When Speaker John Boehner invited Netanyahu to speak to congress without the consent of the president, he knew perfectly well that Netanyahu would come to urge the use of force in preventing a nuclear armed Iran. This strategy is the complete opposite of the one pursued by the Obama Administration, which has centered on negotiation, give and take. The video below explains why this invitation was so controversial.

The second most recent act of dissent also comes in relation to a nuclear deal with Iran. In this case, 47 senators signed a letter to Iran stating that any agreement between President Obama and the Ayatollah will be considered as an executive agreement only and subject to being overturned when a new president is elected. The video below explores the ramifications of the letter.

Taken alone these efforts by Republicans appear outrageous and indeed even treasonous. But they are actually just two more in a series of moves from both parties to undermine the other. The main difference this time is that it was the Republicans doing the undermining of a Democratic President.

Roles in Foreign policy for Each Branch of the Government

The three branches of the government–the judicial, legislative, and executive branches–each play a role in determining foreign policy. While the courts are instrumental in determining the constitutionality, and therefore legality, of agreements, the legislative and executive branches are the real driving forces behind United States’ foreign policy. So what then are their roles?

As the saying goes, on paper the President’s foreign policy powers seem limited. According to the Constitution, he is limited to his role as Commander in Chief of the armed forces and nominating and appointing officials. However, the president has several unofficial powers that are more encompassing. First is the executive agreement, which basically allows the president to make an accord without the consent of Congress. This is what Obama did, for example, in relation to immigration in Fall 2014, as well as the situation to which Republicans referred in their letter to Iran.

This power is perhaps the most important as the president is able to pursue his agenda without needing Congressional support, which is often hostile to his ambitions. Along this same track, the president has the ability to determine the foreign policy agenda, and by doing so making it the agenda for the entire nation.

The executive branch also controls the means to carry out foreign policy through its various agencies. Of particular importance are the Department of State, which handles foreign affairs, and the Department of Defense, which is in charge of military operations. The intelligence community is also a key cog in this branch of government.

The role of this branch has traditionally been three-fold: advising the president, approving/disapproving the president’s foreign policy agreements, and confirming appointments to the State Department. Recently these powers have come under challenge as Obama himself has conducted military actions in Libya without getting war powers consent from Congress first.

Like everything else, the roles taken on by the particular branches with regard to foreign policy have expanded far beyond those originally outlined in the Constitution. Nevertheless, because the president, as mentioned previously, serves as both the face of policy and its catalyst, it is generally assumed that he will take the lead in those matters. However, a certain gray area still exists as to specifically who has the right to do what. This role was supposed to be more clearly defined through legislation, namely the Logan Act; however, perpetually changing circumstances, such as the role of the media, have continued to make the boundaries for conduct less clear.

So what is to be done about these quarrelsome representatives and senators? When Pelosi made her infamous trip to visit Assad in 2007, the Bush Administration was extremely angry and reacted accordingly, deeming her actions as criminal and possibly treasonous. If this rhetoric sounds familiar that is because these are the same types of phrases being hurled at the Congresspeople who invited Netanyahu to speak and condemned Iran with their signatures.

The real issue here is with who is conducting foreign policy as opposed to who is supposed to, according to the Logan Act. The act was passed in 1799 in response to its namesake’s efforts to single-handedly end the quasi-war with the French by engaging in a solo journey to the country. The basic outline of the act is that no unauthorized person is allowed to negotiate on behalf of the United States with a foreign government during a dispute. Thus, while in theory this was meant to resolve the issue as to who was qualified to represent U.S. foreign policy, the video below explains that is far from what actually occurred.

Along with the damning words being thrown about, critics of the Republican actions also call for their prosecution under this relatively obscure law; however, no such indictments are likely to take place as no one has even been charged under it, not even the man for whom it was named. In addition, the language itself is unclear. For example, wouldn’t congresspeople be considered authorized persons? These threats of prosecution, along with the strong language being thrown about hide another important factor in this whole mess: the role of the media.

In the tumult following the Iranian letter, a somewhat important piece of evidence has been overlooked. While the senators, including Majority Leader Mitch McConnell, indeed signed a letter, the letter was not actually sent anywhere. In fact, after getting 46 other senators to sign the letter, Senator Cotton posted it to his own website and social media accounts. Similarly with the Netanyahu speech, while it is odd for a foreign leader to speak to Congress without approval of the president, the significance of the whole thing can be attributed as much to the stage it was broadcast on as its peculiarity.

There is a history of government officials undermining the White House’s foreign policy. However, in 2015 there are so many avenues to openly and very publicly express dissent that when it does occur it is a bigger deal now than ever. Information is so accessible now, thus when someone posts something to social media anyone all over the world can see it. This is different than if something were broadcast 20 years ago on network news.

In 1951, President Truman removed General MacArthur from command in the Korean War. While MacArthur was one of the most renowned war heroes of WWII, his threats to invade China and expand the war undermined Truman’s efforts to negotiate an end to the conflict. While Truman was able to dismiss MacArthur, this is not true for the current case of branches of government undermining others.Unlike MacArthur who was a general and beholden to the president, these representatives and senators are beholden to the people and cannot be as easily removed. Nor should they, not only because the precedent for this type of disagreement has been set, but also because the president should not have the ability to dismiss everyone who disagrees with him. People voicing their opinions after all, is the whole idea behind representative government.

While recent Republican actions can certainly be termed at least as ill-advised, the question of illegality is much less clear. The Iranians for their part took the letter as well as can be expected, acknowledging its obvious political nature.

Intercept: The Parties Role Reversal on Interfering With the Commander-in-Chief’s Foreign Policy

Politico: Iran, Tom Cotton and the Bizarre History of the Logan Act

National Review: The Cotton Letter Was Not Sent Anywhere, Especially Not to Iran

LA Times: Netanyahu’s Speech to Congress Has Politics Written All Over it

CNN: Did 47 Republican Senators Break the Law in Plain Sight?

Michael Sliwinski
Michael Sliwinski (@MoneyMike4289) is a 2011 graduate of Ohio University in Athens with a Bachelor’s in History, as well as a 2014 graduate of the University of Georgia with a Master’s in International Policy. In his free time he enjoys writing, reading, and outdoor activites, particularly basketball. Contact Michael at staff@LawStreetMedia.com.
Share:
Related ItemsBarack ObamaCongressDemocratForeign PolicyGeorge H. W. BushGeorge W. BushGOPIranIraqJimmy CarterMitch McConnellPoliticsPresidentRonald ReaganTed Kennedy