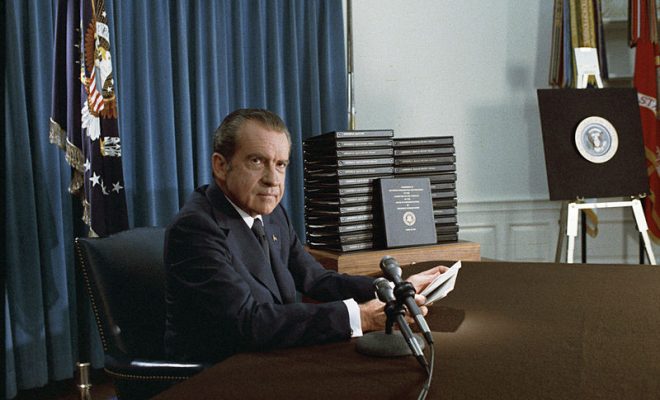 Presidential pardons and commutations are both types of “executive clemency.”

A commutation is when the president cuts short the sentence of an individual who is currently incarcerated in some form. Essentially, a commutation says: “You’ve served enough time for the crime that you’ve committed, I’m going to take away the rest of your sentence.” This does not mean that the person whose sentence is commuted is innocent. The person’s conviction stays on their record, and they’re still subject to certain restrictions known as “civil disabilities”–for example, a felon whose sentence is commuted is still unable to vote in some places, own a gun, or sit on certain kinds of juries.

In contrast, a pardon is given after a person has already served their time, or passed away. According to the Department of Justice, it is given in “recognition of the applicant’s acceptance of responsibility for the crime and established good conduct for a significant period of time after conviction or completion of sentence.” A pardon does restore the civil disabilities that apply to convicted criminals. Like a commutation, a pardon doesn’t automatically take the person’s crime off their record. A released offender cannot apply for a pardon until at least five years have passed since their release. Pardons can also be granted somewhat preemptively, as President Gerald Ford did when he pardoned President Richard Nixon, which prevents charges from being filed or leads to the dismissal of charges already levied.

Pardons and commutations are by far the most well-known and frequently used forms of executive clemency. There are, however, other types that the president can exercise. One is called a “remission” and relieves the individual of the financial penalties associated with their conviction. Sometimes a remission is given as part of a commutation. Additionally, there’s a “respite,” which is sort of a pause in a sentence, usually given to inmates who are sick.

What Kinds of Crimes can the President Pardon or Commute?

The president can only grant executive clemency for federal crimes, or “offenses prosecuted by the United States Attorney for the District of Columbia in the name of the United States in the D.C. Superior Court.” The president has no ability to pardon or commute crimes that were prosecuted at the state level. The ability to pardon or commute state crimes varies from state to state. In many states, the authority to pardon or commute an offender lies completely with the top executive of the state, namely, that state’s governor. In 20 states, the governor gets to make the decision but each clemency needs the approval of an independent commission. Other states have different processes, including independent boards or commissions.

What Gives the President the Ability to Grant Executive Clemency?

The presidential power to pardon and commute sentences comes from Article II, Section 2 of the Constitution. It states that “he shall have Power to grant Reprieves and Pardons for Offenses against the United States, except in Cases of Impeachment.” It has been referred to as the president’s only “absolute power.” The Supreme Court has been asked to review this power in the past, and determined on two separate occasions that it has no ability to limit the president’s power to pardon or commute sentences.

How Often do Presidents Pardon or Commute Sentences?

There are only two presidents in the history of the United States that never issued a pardon or commuted a sentence, likely as a result of the fact that they both died relatively quickly after assuming office. President William Henry Harrison died just 32 days into his term and President James Garfield was assassinated just 200 days into his term.

Here’s a breakdown of presidential pardons in the 20th and 21st centuries:

It’s important to note that those numbers, when taken at face value, don’t tell you everything you need to know about acts of executive clemency granted by presidents over the last century. While Obama is widely viewed as having given the most acts of executive clemency since Truman, The Pew Research Center notes that he also received significantly more requests than his recent predecessors, and still only granted a small percentage of those requests. These numbers also don’t include mass acts of clemency–both Ford and Carter issued executive orders that forgave men who dodged the draft in the Vietnam War.

While presidents can pardon people or commute sentences at really any time, there’s a tradition of presidents issuing more controversial acts of executive clemency right at the end of their terms. Pardons and other acts of executive clemency tend to be somewhat politically controversial, but they cannot be undone by a president’s predecessor. Waiting until the end of a president’s term to issue pardons instead of, for example, issuing them during an election when the political blowback could affect their party’s nominee, makes logical sense.

Ford’s pardon of Nixon was somewhat unusual in that Nixon wasn’t at that point charged with or convicted of any crimes. While the House of Representatives had dropped its impeachment charges against him when he resigned, he could still be prosecuted in a criminal court for his involvement in the Watergate scandal and the aftermath of the scandal. Ford’s pardon was for any crimes that Nixon had committed, and essentially ensured he could never be prosecuted.

Ford’s move to pardon Nixon was highly controversial. He was accused of having made some sort of deal with Nixon, and the pardon caused his poll numbers to quickly plummet. Ford’s choice to pardon Nixon is widely viewed as one of the major reasons why he lost the 1976 election to Jimmy Carter.

Other Notable and Controversial Pardons

Another controversial pardon was when Bill Clinton pardoned his younger half-brother, Roger Clinton Jr. Roger Clinton was one of 140 people pardoned by Bill Clinton on his last day in office. He had served a year in prison in the 1980s after being convicted of possessing cocaine.

Jimmy Hoffa, the leader of the Teamsters Union, was serving a 15-year prison sentence for jury tampering and fraud when his sentence was commuted by President Richard Nixon in 1971. Nixon’s pardon came with strings attached, however. Hoffa was not allowed to “engage in direct or indirect management of any labor organization” until 1980.

Right before the end of his presidency, in December 2016, President Barack Obama commuted the sentence of Chelsea Manning. Manning was serving a 35-year sentence after leaking a number of classified documents.

The ability to grant executive clemency is one of the most exceptional powers that the President of the United States holds. In some ways, it flies contrary to the important system of checks and balances that defines the three branches of our federal government. Because of this, and because of the way that some of our past presidents have elected to exercise it, it’s a controversial power. But as long as it consistently makes its way into the news at the end of presidential terms, it’s important to remember how it works.

Anneliese Mahoney
Anneliese Mahoney is Managing Editor at Law Street and a Connecticut transplant to Washington D.C. She has a Bachelor’s degree in International Affairs from the George Washington University, and a passion for law, politics, and social issues. Contact Anneliese at amahoney@LawStreetMedia.com.
Share:
Related ItemsclemencyCommutationsConstitutionFordNixonPardonPresidential PardonPresidential Power