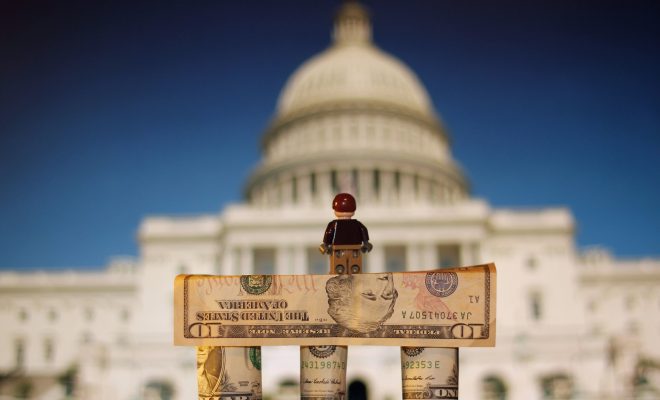 In an ideal world elections would be determined by a competition of ideas. But in today’s world, politics in the United States is determined by fundraising, wealth, and access. Regulations stipulating how campaigns can be financed determine who can donate how much in elections and what the money can be used for. Some argue campaign donations should be protected as a form a free speech while others see these donations as giving the wealthy undue political influence. Read on for the history, controversy, and future for campaign finance reforms.

What is campaign finance?

Campaign finance refers to all money raised to support political candidates, organizations, parties, or initiatives in elections. Any successful political campaign typically costs a significant amount of money. Money is needed to cover travel expenses, pay for political consulting, and to communicate with voters. Advertising costs are by far the most significant expense in heated political campaigns.

This fundraising takes a new turn with corporations and wealthy individuals interested in spending as much as possible to support their candidate. At the federal level, campaign finance is regulated by the Federal Election Commission (FEC). At lower levels, it is governed by state and local law. Most campaign spending comes from private groups, but qualifying presidential candidates can opt to use public money.  Regulation typically takes the form of disclosure, contribution limits, and the limits that come with public financing. The strange array of political terms surrounding campaign finance often makes it hard for people to follow the actual debate.

Watch below for more on how campaign finance works:

What is the history of campaign finance?

Numerous laws and Supreme Court cases have attempted to regulate campaign finance. Typically it is not until a political scandal that there is a push for more stringent regulation in financing.

In 1907 the Tillman Act became the first ever campaign finance law after Theodore Roosevelt faced questions about which corporations funded his campaign in 1904. The Act banned corporate contributions to national campaigns; however, the law lacked any real method of enforcement.

In 1971 modern campaign finance rules were born. FECA instituted disclosure requirements for federal candidates. The Act was rewritten in 1974 after it surfaced that Richard Nixon used corrupt funds in his re-election campaign. These amendments established a system of regulation and enforcement through the Federal Election Commission. FECA also created new public financing for presidential elections to limit the influence of money. The new law put limits on individual contributions to candidates, contributions to PACs, total campaign expenditures, and spending by individuals or groups to a specific candidate.

The constitutionality of FECA was challenged in the case of Buckley v. Valeo. The Supreme Court upheld the limits on individual donations and disclosure requirements, citing the compelling state interest to prevent corruption. However, the Court stated that the limits on what campaigns and individuals could spend was a violation of the First Amendment. Further, disclosure could only apply to communications expressly advocating for a candidate. There are three key takeaways from the case:

In 2002 the Bipartisan Campaign Reform Act, or McCain-Feingold Act, was passed after it came out that wealthy Democratic donors were given special privileges and the Party had illegally accepted foreign money. The Act prohibited corporations and unions from donating directly to candidates. However, it did not regulate 527 organizations. Because of this many soft money activities previously funded by parties were now done by 527 groups.

Watch a musical overview of the history of campaign finance below:

How is campaign finance regulated today?

Rules regarding campaign finance continue to change, making many things fair game that were once illegal.

In the March 2010 case of Speechnow.org v. Federal Election Commission, the Federal Court of Appeals for the D.C. Circuit unanimously ruled there should be no contribution limit to groups that only make independent, uncoordinated expenditures to a campaign.

These rulings led to the rise of super PACs. Super PACs are known formally as “independent-expenditure only committees” because they cannot make contributions directly to candidates but instead spend on political advocacy independently of campaigns. Unlike regular PACs, these super PACs have no legal limit to the funds they can raise from various groups, provided they are operated correctly.

Watch the story of Citizens United v. FEC below:

In April 2014, a 5-4 decision by the Supreme Court struck down caps on what individuals can contribute to federal candidates in any two-year election cycle because they restrict the democratic process and violate the First Amendment.

At the federal level, public funding is available for presidential campaigns. If a candidate agrees to limit his spending according to a formula, the candidate will receive a matching payment for the first $250 of each individual contribution in the primary campaign. Additionally, the candidate receives financing for the national nominating convention and general election campaign. Candidates have to qualify for funding by privately raising $5,000 in at least 20 states. If a candidate refuses matching funds, she is free to spend as much money as she raises privately. In the 2012 election no major candidate opted to take public funds since candidates can typically raise and spend more on their own. The price of a winning election today has made public funding near obsolete.

What are the arguments surrounding campaign finance reform?

Many of the Supreme Court justices who ruled on recent campaign finance cases decided that spending money for political purposes is equivalent to free speech and should be protected by the First Amendment. The same reasoning extends to corporations, in citing that corporations are made up of individuals and should enjoy the same political rights as individuals. Those who argue for fewer donation restrictions cite their rights guaranteed by the First Amendment.

Opponents argue the lack of restrictions gives the wealthiest unfair influence over the government. Senator John McCain (R-AZ) told Retro Report, “If money is free speech, then the wealthiest people in America are those that get to speak the most freely.”

For example, a study by the Sunlight Foundation found that just one percent of the top one percent of the United States population accounted for 28 percent of all disclosed contributions in the 2012 elections. In a statement Senator Mark Udall (D-CO) echoed these findings: “The American people are angry that a billionaire can dole out $3.6 million to influence an election — meanwhile, it would take a full-time minimum wage worker 239 years to make that much money.”

These organizations do not have to disclose spending on political activity nor the names of donors unless they donate expressly for political advocacy. The use of these organizations for political advocacy has contributed to a sharp rise in outside spending without disclosure. A 2011 report by the Center for Responsive Politics found that since the 2006 midterms, spending from groups that do not disclose donors rose from one percent to 47 percent. Many cite large donations by these groups as a form of legal bribery, with the expectation of political favors following each donation.

Are there new developments in campaign finance?

Many Democrats in Congress have called for an amendment to undo the Citizens United ruling, but that seems very unlikely to happen. Senator Tom Udall (D-NM) proposed an amendment to undo the Citizens United case and instead allow Congress to regulate political money. Numerous Senate Democrats signed on. Harry Reid vowed to bring the measure to the floor, but most agree it has little chance of passing.

Democrats introduced a DISCLOSE Act in 2010, 2012, and again in 2014, which would require organizations that spend $10,000 or more in an election cycle to disclose their expenditures and major donors. Republicans have opposed such bills from the standpoint that they give an unfair advantage to their Democratic opponents. Learn more about the DISCLOSE Act below:

The amount of money spent in elections continues to grow at an alarming rate. The Center for Responsive Politics predicts almost $4 billion will be spent in the 2014 midterm elections, making it the most expensive midterm ever. While the 2010 midterm cost $3.6 billion, 2014 will run an estimated $333 million beyond that. Candidates and parties will spend roughly $2.7 billion, but the explosion of outside money continues to significantly influence the races. Outside groups like super PACs and 527s are expected to spend $900 million on their own. Overall, conservative candidates and groups are projected to outspend liberal candidates and groups by $1.92 billion to $1.76 billion. Expect even more money, especially from outside groups, to come flowing in to the 2016 presidential election.

While there may not be action at the national level, 16 states and more than 500 municipalities have called for a constitutional amendment on campaign finance reform. Yet both sides agree getting rid of dark money and enacting reform will not happen any time soon. Little change will happen without a large, Watergate-esque scandal to bring true reform to campaign finance.

The New York Times: The Cost of Campaigns

Politico: Waiting for the Next Watergate