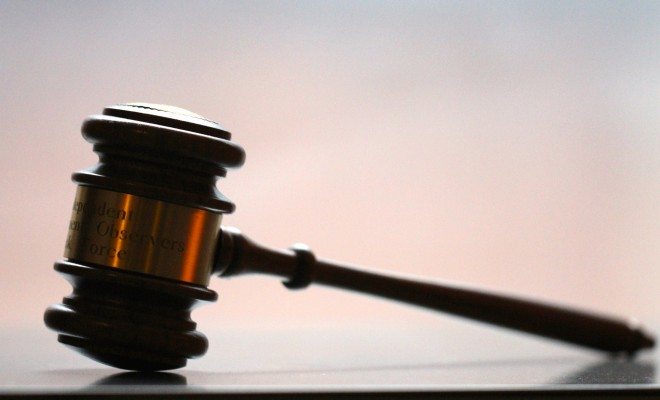 Are Drug Courts the Answer For Addicts Who Commit Crimes?

As of 2015, there were 2,800 drug courts in the United States and they were working with 120,000 defendants per year. The idea behind these courts is to use the criminal justice system to compel addicts to rehabilitate themselves. The ultimate goal is to reduce recidivism for drug use and the other crimes that often accompany drug addiction. In order to do this, drug courts use both a carrot and a stick approach with addicts. Courts promise to reduce or eliminate jail time in exchange for the successful completion of a drug treatment program–hopefully saving money for taxpayers along the way.

The first drug court program was started in 1989 and represented a very different approach to dealing with drug crimes. A traditional criminal justice approach is for the court to only analyze if the state has proved that the defendant committed the crime and then to sentence him or her. Drug courts are an attempt to cure the underlying cause of these crimes in the first place, based on a better understanding of the nature of addiction. Drugs were increasingly being viewed as a public health crisis and not an individual moral failing. Traditional criminal justice approaches can do nothing to combat that kind of problem and are not designed to take those factors into consideration.

Drug courts were therefore built on the idea that the court is part of a team–including law enforcement, prosecutors, social workers, and the defendant–that is engaged in helping the defendant to stop using drugs and not commit future crimes. The judge in a drug court also takes on an active role in the defendant’s treatment. This engagement by the court is actually a key factor in the lives of defendants where drug courts have proven successful. At the very least, drug courts represent a judicial system that is trying to adapt to our evolving knowledge about drug addiction and the best ways to combat it.

But drug courts may not be as enlightened a solution to the problem of drug addiction as they seem at first blush. There are serious concerns about the scope of drug courts in terms of who can participate, the role of judges, and the rights that defendants give up in order to be a part of this process. There are also questions about the efficacy of these programs and whether the same goals could be accomplished through different means.

How Do Drug Courts Work?

Drug courts actually come in two main varieties, which is a nuance that is sometimes lost in the debate–deferred prosecution, and post-adjudication. In the deferred prosecution model (sometimes referred to as a “diversion” model), defendants are sent to a rehabilitative program or are given a set of guidelines before they are prosecuted. If they successfully complete their program the charges are dropped. In contrast, the post-adjudication model requires that the defendants plead guilty to the charges they face and are then sent to a drug program. If they complete the program successfully the sentence will be waived and the record potentially expunged.

This may not seem like an important difference if, after a drug program is completed, the defendant avoids jail time in both cases. But it is a very important difference for defendants who don’t successfully complete their programs. This is because in a deferred prosecution model the defendant goes back to the beginning of the process and still retains their right to plea bargain or plead not guilty and receive a jury trial. For defendants with a weak case against them or sympathetic facts, that can be significant. The defendant in a post-adjudication model drug court goes right to the sentencing phase of their trial–because in order to participate in the program a defendant must first plead guilty.

In this short video, Mae Quinn, the co-director of the Civil Justice Clinic at Washington University in St. Louis, discusses drug courts and her experience working in one of the earliest ones in the 1990s.

Quinn’s video presents us with several concerns about drug courts that should be unpacked. The first concern is one that could be viewed as both a blessing and a curse. In drug courts, judicial involvement with the defendant is much more intimate than it is in a traditional court setting. Judges are less like the neutral arbitrators of a normal court proceeding. Instead, they are as Quinn suggests, part of a “team” of people–which includes the defendant–who are working on the defendant’s sobriety. This could be of enormous benefit to drug users. And, in fact, the research suggests that one of the main indicators of success for a defendant in a drug court program is the level of involvement that a judge has in the process.

One of the criticisms of drug courts is that the people who need them the most often don’t have access to them. Federal grants to establish these courts, which are still managed on the state or local level, make excluding violent offenders a pre-requisite to taking grant money. These courts also tend to restrict access to drug court programs for addicts who have long criminal records or histories of failure. Placement in a treatment program can also be difficult to get, with long wait times before entering into a program. Since placement in a program within 30 days is one of the strongest predictors of a successful outcome, these wait times have a negative impact on the success of drug courts, especially for women who have to wait twice as long for an available spot in a treatment program.

As Professor Quinn discusses in the video, defendants sometimes receive a longer sentence than they otherwise would have if they participate in a drug court program and fail–sometimes two to five times the length of the prison term they would otherwise have received. Since “flash incarcerations,” or short prison stays, are also one of the sanctions available to judges they may also spend more time in jail even if they have the charges dropped after graduating from the program and therefore face no sentence for their initial crime. Drug courts may also encourage law enforcement officials to arrest more low-level drug offenders since they view drug courts as a better means of processing them, which puts additional stress on the system and exacerbates some of these concerns.

Yet there is evidence that for some individuals these programs can be very effective. Take a look at this Ted Talk by Judge David Ashworth, who is the presiding judge of the Lancaster County Drug Court.

The courts that Judge Ashworth describes may be different from the “typical” drug court because they are controlled at the state and local level and can vary widely. For example, Judge Ashworth’s court specifically targets “high risk” drug users. Participation is also voluntary and is designed, by his own admission, for people who already want to get clean. It is, however, a post-adjudication style court, meaning that the defendant pleads guilty as the first step in their drug court process.

The statistics he cites suggest that the drug court of Lancaster County has been particularly successful for those who graduate, reducing recidivism rates to below those of the national average. But not all of the participants in drug courts end up graduating from the program. Most of the pro-drug court data out there is written in terms of how much recidivism is reduced among graduates, but may not include the number of initial participants who enter the program in the first place.

Critics claim that this can lead to an overly positive picture of the impact of drug courts, particularly in jurisdictions that cherry-pick data. Jurisdictions are forced to exclude many types of potential defendants, most notably anyone who has committed a violent crime, in order to receive federal funding. One study indicated that, because of the eligibility restrictions, only 7 percent of the 1.5 million arrested for drug offenses were eligible to participate. Only half of the initial participants in most drug court programs end up graduating. A study of New York’s drug courts by the Urban Institute and the Center for Court Innovation found that for those who participated in drug courts, 64 percent of the non-graduates were re-arrested within three years, versus 36 percent of the graduates. But of those who were arrested but did not participate in a drug court, only 44 percent were re-arrested in the same period. So defendants were actually more likely to be re-arrested if they went to drug court and failed to complete the program than if they had gone through the normal court process in the first place.

One of the most significant issues with drug courts that Judge Ashworth did not address is the issue of maintenance treatment. Maintenance treatment, which involves using drugs like methadone to treat opioid addiction, is by far the most effective means of treatment–reducing the risk of death by 66 to 75 percent. But a third of drug courts will not allow it.

Drug courts vary widely in different localities, just as their effectiveness varies widely based on the kinds of judges serving on them. That can be positive in that it allows jurisdictions to experiment with different methods of operation. However in jurisdictions where those experiments are unsuccessful, it can lead to tragic outcomes and the judges involved in drug courts may not be specially trained in the science behind addiction, particularly opioid addiction. The increased flexibility of judges to deal with drug addicts in a drug court setting is only a positive if these judges are both eager to help the addicts in their court and properly educated on how to do so.

As a society, we have acknowledged that drug addiction, and the crimes that accompany it, are somehow different than other crimes; that it is as much a public health crisis as it is an issue of safety. Conservatives and liberals are both willing to seek innovations in how we deal with these individuals. Drug courts actually end up appealing to both sides of the aisle for various reasons.

The truth about drug courts is more complicated than it appears. These programs are not “hug-a-thug” initiatives, as Judge Ashworth points out. And while they may save money, they only do so when they keep people from seeing jail time at all, not when they just delay incarceration until after participants fail the program. The best elements of drug courts–judicial flexibility and interdisciplinary teams working with defendants–should be encouraged. In fact, these characteristics could be beneficial in other parts of the justice system as well, even for violent offenses. But the negative aspects need to be addressed. Defendants should not be coerced into pleading guilty to participate in treatment. Access to rehabilitation should be opened up to more cases, not just the “easy” ones that make drug courts look better, access should be increased for female offenders, and maintenance treatment for opioid addiction needs to be addressed.

The Sentencing Project: Drug Courts: A Review of the Evidence

Open Society Foundation: Drug Courts Are Not The Answer

Mary Kate Leahy
Mary Kate Leahy (@marykate_leahy) has a J.D. from William and Mary and a Bachelor’s in Political Science from Manhattanville College. She is also a proud graduate of Woodlands Academy of the Sacred Heart. She enjoys spending her time with her kuvasz, Finn, and tackling a never-ending list of projects. Contact Mary Kate at staff@LawStreetMedia.com
Share:
Related ItemsCriminal JusticeDrug AdditionDrug CourtsIncarcerationJustice SystemRehabilitation