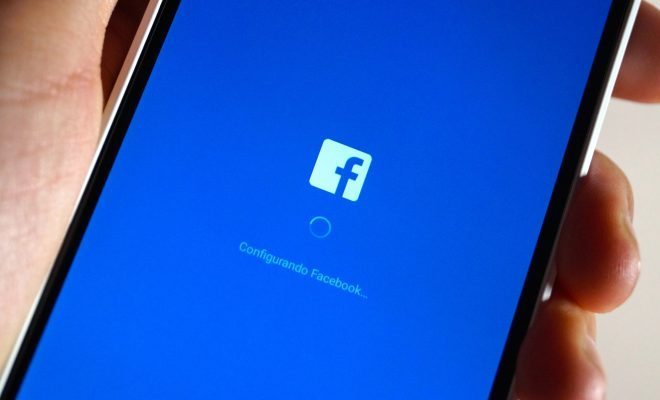 Social Media Oversharing: Why Do We Do It?

Signing onto your Facebook or Twitter account has become a social media oversharing gram of Russian Roulette with engagements, weddings, pregnancies, stomach viruses, break ups, make ups, Taylor Swift lyrics, celebrations, political opinions, moves, and that weird ingrown hair in that girl who lived down the hall from you freshman year that she’s pretty sure is infected but she’s going to ask her “Nurse Friends” just in case.

No matter where we post — Facebook, Twitter, Tumblr, Instagram, SnapChat — it’s all the same: we are sharing some of our private thoughts and feelings that at best will embarrass us later in life, and at worst can cost us jobs and relationships.

Everything we post on social media from pictures to snippets of lyrics gives us a glimpse into our inner person and our outer person, including where we are physically at any time. In fact, many people have actually been arrested because they posted where they were on Facebook or Twitter right after committing a crime or because they filmed themselves doing something illegal and then posted it. What makes these people think they can post something so stupid on social media? It’s quite simple.

No, I didn’t just knock the Scentsy wax all over the bathroom wall because I was dancing to “Shake it Off.” #thatwouldbestupid #TS1989

Pamela Paul at The New York Times seems to sum up most feelings about social media:

Walking through the park, grocery shopping, or grabbing your coffee at Starbucks can undoubtedly include social interactions; however, there is rarely a time when waiting for your laundry to finish up in the dryer in the laundry room you start spouting unsolicited updates to someone else in the room, no matter how close you may be. Certainly there are people who are oversharers in real life, but they don’t comprise a large portion of the population.

On social media, however, oversharing seems to be the norm. It’s difficult to figure out why we share everything on social media — is there something about those white boxes that we think won’t judge us? Is there a cleansing feeling when you share something somewhat embarrassing? Do we think someone will find us alluring when we share something completely private about our lives? Just recently we discussed the legal implications of social media when criminals reveal themselves to law enforcement — but is there a rhyme or reason to why we share completely strange information about our daily lives on social media but wouldn’t dare utter it at the dinner table?

Sharing our private thoughts, feelings, and opinions with others in a non-threatening way actually activates the neurochemical reward system in our brains, according to a Harvard University study. In essence, sharing something simple on social media makes us feel good, much like buying a new pair or shoes, taking a long run, or going on a really great first date.

But more interesting is the report of Elizabeth Bernstein in the Wall Street Journal when she declared that our desire for more people to know about our private lives is actually because of reality TV and our own social anxieties.

“This effort is known as ‘self-regulation’ and here is how it works … When having a conversation, we can use up a lot of mental energy trying to manage the other person’s impression of us. We try to look smart, witty, and interesting, but the effort required to do this leaves less brain power to filter what we say and to whom.”

While our brains reward us for oversharing on Facebook, that still doesn’t necessarily explain why we expose sometimes embarrassing or harmful information about ourselves on social media.

Why Do We Overshare?

Professor Russell W. Belk from York University in Toronto took on this topic in his paper “Extended Self in a Digital World.” He suggests that we are not truly ourselves on social media, but rather trying to portray ourselves as more “perfect” forms of ourselves by filtering what we allow people to see. We do this to impress one person, a group of people, or even confuse ourselves about who we truly are.

“When we’re looking at the screen we’re not face-to-face with someone who can immediately respond to us, so it’s easier to let it all out—it’s almost like we’re invisible,” says Belk of the “disinhibition effect” that online sharing helps promote. “The irony is that rather than just one person, there’s potentially thousands or hundreds of thousands of people receiving what we put out there.”

Belk’s observations are confirmed in another study by Gwendolyn Seidman of Albright College and published in Computers in Human Behavior. She examines how people use Facebook to express their “true selves” in a way they normally wouldn’t be able to in real life.

But re-pinning something about a workout we will never do, altering our selfies with four or five different filters, or rating a book on Goodreads that we didn’t actually read isn’t harming anyone, right? Not so fast, Belk asserts that there are potential harms:

“The resulting disinhibition leads many to conclude that they are able to express their “true self” better online than they ever could in face-to-face contexts. This does not mean that there is a fixed ‘true self’ or that the self is anything other than a work in progress, but apparently self-revelation can be therapeutic, at least with the aid of self-reflexive applications.”

Oversharing Can Be Good

Many argue that social media can take the place of a Confessional in our lives — we can truly figure out who we are by revealing our innermost secrets to the general public.  Belk believes that through this we may be expressing our true selves because we are creating ourselves as we post, like, and share:

“It appears that we now do a large amount of our identity work online. For the Internet constantly asks us “Who are You?” “What do you have to share?” Coupled with new self-revealing proclivities, this incites more open self-extension than in a pre-digital world.”

Many view social media as a way to collaborate and receive confirmation of our feelings. Getting likes on a photo on Instagram affirms our skills as a photographer but also of the thing photographed — typically ourselves. A like on Facebook has taken the place of a “ditto” in real life. We are no longer working alone to create our reality, but are forming it from our relationships with people on social media — those we know, and those we don’t know, as is the case with some social media websites like Tumblr.

We also have to take into consideration that perhaps people aren’t oversharing at all — maybe we have just grown sensitive to knowing all of that information all of the time. We share an awful lot as a society, and maybe it is just how accessible that information is.

In fact, as Jen Doll notes at the Wire, “[N]o one gets criticized specifically for undersharing. No one says that word. People just say ‘boring.’”

You can’t just say that people are oversharing without setting a limit for what is the right amount of sharing. We have more capabilities at our fingertips to understand the people in our lives. That same website that allows you to “meet” your roommate’s girlfriend without ever seeing in her person and make a snap judgment on whether or not she’s worthy is the same website where you will have to read details of someone’s food poisoning.

Computers in Human Behavior: Expressing the “True Self” on Facebook

Bankrate: Oversharing on Social Media Can Cost You

Huffington Post: Oversharing: Why We Do It and How Do We Stop?

Bankrate: Oversharing on Social Media Can Cost You

The New York Times: Don’t Tell Me, I Don’t Want to Know

CNN: When Oversharing Online Can Get You Arrested

Law Street Media: Social Media in the Courtroom: What is Admissible?

The New York Times: Social Media, a Trove of Clues and Confessions

Wire: In Defense of Oversharing a Little Too Much Information

Noel Diem
Law Street contributor Noel Diem is an editor and aspiring author based in Reading, Pennsylvania. She is an alum of Albright College where she studied English and Secondary Education. In her spare time she enjoys traveling, theater, fashion, and literature. Contact Noel at staff@LawStreetMedia.com.
Share:
Related ItemsFacebookInstagramOversharingPrivacySelf-ImageSocial MediaTMITwitterUndersharing