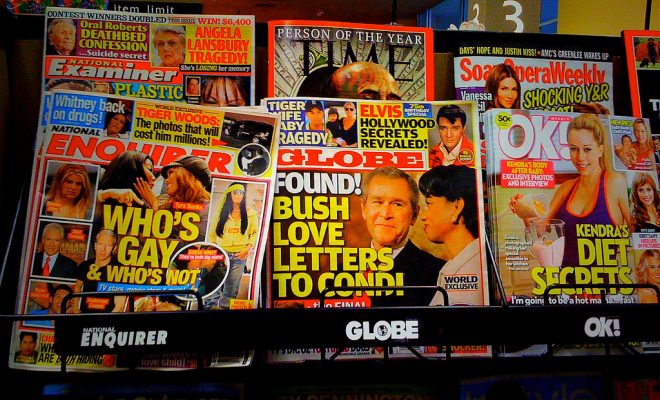 The Reality Behind Fake News

In our present information environment, there is news coming from every direction, at every angle, all the time. Due to this overabundance of information, it is often hard to tell reality from fiction. This can be especially difficult when opinions and fake news have also been interjected into the media landscape. Fake news is far from a periphery player too, in fact, it is splashed across some of the most popular websites on the internet like Facebook and Google. It may even have played a role in the outcome of the presidential election. Read on to learn more about the fake news phenomenon, its place in history, how popular websites made it mainstream, and the consequences of its rise.

The origin of “Fake News”

So what is fake news exactly? As its name suggests, fake news is literally made-up news about events that did not happen. In many cases, the creation of fake news is done by people from all over the world seeking to spread misinformation or looking to promote something and get rich doing it. One of the most egregious examples comes from a few writers in Macedonia who claim they made between $5,000 and $10,000 a month publishing fake stories. These people create extremely partisan pieces for the sole purpose of drawing the most eyeballs. The goal is to get readers interested because more traffic means more ad revenue.

But intentionally fabricating false stories isn’t the only way fake news spreads. It can also be the result of a person’s earnest, yet inaccurate beliefs such as this one example chronicled by the New York Times. Eric Tucker, a Trump supporter, posted a picture on November 9 of what he believed were charter buses bringing in paid protesters to dispute the election. While that was just how he interpreted what he saw, and something he later determined was not true, that did not stop his tweet from going viral. Tucker was a private citizen with a small Twitter following, yet his post was seized upon by several Trump supporters and conservative websites to justify their belief in a conspiracy. The way individuals interpret an event, often without full information about what actually happened, has become increasingly important.

Two of the companies that end up promoting (and profiting) from fake news the most are Facebook and Google. So how are these two tech titans attacking this problem? Before this question can be answered it is important to look at why these websites allow fake news in the first place. The issue of fake news on Facebook came to the forefront after a major incident earlier this year. In May, a member of a team that curated the “trending news” section for Facebook said that the group regularly avoided featuring conservative stories. This admission created a political firestorm that led to the end of the trending news team within Facebook and news curation on the site altogether.

In its place, Facebook installed an algorithm that would determine which news stories are being shared the most. However, shortly after its debut, the new section began elevating stories that were completely false. While the company still has some human oversight of the new trending section, they are told to exercise less editorial control over the articles that are featured, leading many fake stories to slip through.

While fake news on Facebook may not seem like a major issue on its face, a poll conducted by the Pew Research Center found that 44 percent of Americans get news on Facebook. In another, more recent poll, Pew found that nearly two-thirds of Americans believe fake news created confusion about basic facts. Facebook and other social media sites provide a way for articles to quickly go viral and reach a remarkably large audience. While most agree that the spread of fake news is a problem, finding an appropriate solution is not particularly easy. Facebook has been cautious in its response out of fear of censoring legitimate news outlets or once again projecting an anti-conservative bias.

How Companies Have Responded

The nature of Facebook’s business makes fake news a difficult issue to approach. At its core, Facebook relies on its large user base to sell advertising to. If the site eliminated fake news it could run the risk of seeming biased or alienating people and losing their engagement and possibly lucrative advertising revenue.

Despite this challenge, Facebook has said that it plans to address fake news. The CEO, Mark Zuckerberg, has stated that Facebook is already working on blocking or flagging completely false articles and recently announced a partnership with third-party fact checker sites to help accomplish that goal. Ultimately, Facebook and other companies must walk a tight line. The most blatantly false news stories may be somewhat easy to identify, but in an era of polarized politics even some facts are contested, making it hard to create a clear rule.

For Google, the approach is slightly different because its search engine is predicated on reliability–if it is just showing fake news articles it would lose the trust of its users. However, that is not to say Google has avoided fake news altogether. The most significant example of fake news on Google is a result of the way the search engine ranks results. While search results often feature articles from the company’s curated Google News section, the “Top Stories” at the top of many search results include a broader range of articles that in some cases include fake news. It is particularly confusing because when you click to “read more” articles, it takes you to the Google News section, which is editorially vetted. This stems from the fact that Google Search and Google News are viewed as separate entities by Google. This distinction really becomes problematic because Google News does not accept ad revenue whereas Google Search does. A similar issue exists on Google’s mobile platform, which features AMP stories–web pages that are optimized to load almost instantly on mobile devices–at the top of the results page. This is yet another way for fake news to sneak into the top of the results page.

Google uses an algorithm to weed out spam and fake news websites, although it is not 100 percent foolproof. In light of the recent debate, Google has promised to fight fake news by restricting fake news sites’ access to its AdSense platform, which is often their source of revenue–fake news sites make money by generating a lot of traffic and serving viewers ads, often using Google’s advertising tools. Facebook also made a similar move to prevent fake news sites from using its advertising network.

The following video looks at fake news online and what companies are doing to stop it:

The Impact of Fake News

As many realize the extent to which fake news has spread online, some wonder whether it could have impacted the outcome of the recent election, as news reports indicate that fake news tends to have a conservative bias. Although it is impossible to show the exact impact of fake news on the election–and although Mark Zuckerberg dismissed the notion that fake news was consequential in the election–widespread false information is almost certain to have some sort of impact on people. In fact, according to an article from Buzzfeed News, there was actually more engagement with the top fake election news articles on Facebook than with the top content from traditional media sources in the last three months of the campaign. But, like many factors used to explain the election results, it’s impossible to say whether or not fake news actually tipped the election one way or another.

The video below features a PBS NewsHour discussion of fake news and its potential impact.

The effect of fake news has also been felt outside of the United States. An example would be in the Philippines, where a spokesperson for the president posted graphic images to justify the country’s violent campaign against drug dealers, even though fact checkers later realized that the images were actually taken in Brazil. Fake news also spread widely in the lead up to elections in Indonesia and a fake article about the Colombian peace deal with the FARC went viral shortly before the referendum vote. The problem was so disruptive that some African nations shut down social media sites after unconfirmed security threats spread before elections.

Fake news certainly has precedent in the United States. From the late 1890s through to the 1920s something known as Yellow Journalism reigned. During that period, competing newspapers would publish sensational and often false stories, each more so than the last, in an effort to win eyeballs. The scourge of Yellow Journalism became so bad at one point that many believe it contributed to the Spanish-American War of 1898.

So what is to be done about this problem? Some suggest that Google and Facebook could help create a crowd-sourced list of news stories that can be peer-reviewed. Others argue that big companies should not have the power to determine what is true. Recent efforts to reduce fake news sites’ access to the biggest advertising networks may help get rid of their financial incentives, but alternative ad networks may not follow suit.

The example of Yellow Journalism may also be a model to look at. The exaggerated and fabricated news stories at the turn of the 20th century were ultimately undone by waning public interest, court cases that protected the privacy of individuals, and a code of ethics adopted by many newspapers. But in the modern news environment centered around internet, and the abundance of media that comes with it, it may be difficult to weed out these stories altogether.

In the meantime, identifying fake news is a case by case effort that requires everyone’s diligence. It requires a balancing act of separating reality from fiction, but also a tolerance for information that you may not agree with and a skepticism for that which confirms your existing beliefs. Efforts of this nature are already underway on the platforms where most fake news is found. Now it is up to readers to determine if what they see is legitimate or not. If anything, the rise of fake news may drive people to become more critical news consumers.

Michael Sliwinski
Michael Sliwinski (@MoneyMike4289) is a 2011 graduate of Ohio University in Athens with a Bachelor’s in History, as well as a 2014 graduate of the University of Georgia with a Master’s in International Policy. In his free time he enjoys writing, reading, and outdoor activites, particularly basketball. Contact Michael at staff@LawStreetMedia.com.
Share:
Related ItemsElectionFacebookFake NewsFalse InformationGoogleSocial Media