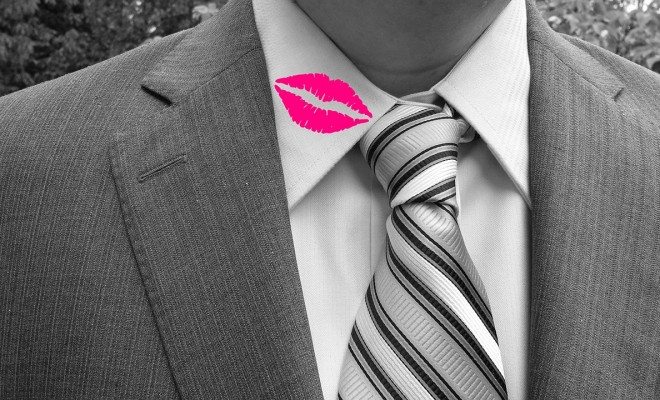 Image courtesy of [Tumisu via Pixabay]

Infidelity in the United States: Why is the Trend Growing?

The advent of social media networks introduced endless applications, opportunities, and hundred of thousands of attention-seeking men and women searching for that new fix, that something different. Nowadays, with television shows broadcasting adulterous affairs and advertisements screaming sex, one questions whether the provocateur’s nature is encouraged in the United States. Read on to learn about the ways in which our society addresses, promotes, and deals with adulterous behavior.

Is it just me, or is sex everywhere?

From Showtime’s hit show “Masters of Sex”, to the “Game of Thrones” saga on HBO, nudity and passion play on our society’s imagination. Scandal reigns supreme in the monotonous lifestyle of working, paying taxes, and drinking endless Iced Venti Americanos. No one will openly condone cheating, but infidelity is pervasive; it’s something that’s constantly talked about in modern society.

In 2010, the National Opinion Research Center inquired into the percentage of men and women cheating on their spouses. The percentage of men involved in extramarital affairs remained steady, around 21.6 percent. However, the infidelity rate amongst married women rose to about 14.7 percent. This jump was attributed to more women joining the workforce and obtaining jobs requiring them to travel.

But why shift any blame? Perhaps allocating responsibility isn’t a working testament to the truth about infidelity. Maybe people just get tired of each other and hope for a change. Gary Neuman quantified his studies of adulterous men in his book “The Truth About Cheating” in 2008. He provided that about 1 in 2.7 men cheat on their wives. He blamed male insecurity.

But is the driving force behind adulterous men purely insecurity driven? And can a woman’s indiscretions be explained by working more, or in different places? That may have once been the case; however, in modern years, our marriage discussions have shifted from treating bedrooms sacredly, to coffee-shop chit-chat and salon banter. Perhaps you’ve never witnessed it, or don’t frequent barbershops and Starbucks, but, what if George Clooney in “Out of Sight” was right? What if that moment passing someone on the street transforms wayward thoughts into scandalous realities?

It’s 2014, and apps such as OkCupid and Tinder exist. Today, “swiping,” has erased the formal face to face contact typical to traditional relationship notions. With a flick of a finger one can generate an obscene amount of potential lovers, both hopefuls and hopeless prospects. It takes no longer to find someone than the time it takes to inconspicuously avert your eyes from the married neighbor’s wife, after the husband notices you “creeping.”

A simple Google search for “apps for cheating” generates countless articles, magazine excerpts, and ratings of new phone applications easily designed and ranked to help one cloak mischievous manners. Apps like Ashley Madison, SnapChat, and Black SMS, not only encourage infidelity, but make discovering it much more difficult. On the other hand, applications for exposing a cheating spouse, like ThaiSpy and CoupleTracker, make catching one affordable and accessible. Incidentally, the internet provides a tech black market, allowing one to fulfill scandalous desire and retain anonymity. Is it really a surprise, that Millennials, thrust into technology’s embrace, are showing symptoms of a swelling infidelity rate? Technology has injected itself into the relationship process, and it shows no signs of stalling. For example, a new survey published by IBISWorld, a Santa Monica market research firm, discussed the implications of mobile dating, yielding that approximately one third of new marriages start online.

Societally, we are going to increasingly meet more of our romantic partners online as we establish more of an online presence in terms of social media,” says Caitlin Moldvay, a dating industry senior analyst for IBISWorld in Santa Monica, Calif. “I do think mobile dating is going to be the main driver of this growth.

But, what does this have to do with infidelity? Perhaps, not much at all, but could the way people meet and explore their sexual inclinations dictate modern cultural trends? If meeting Casanova becomes easier, is it easier to cheat? That could make sense.

Contrarily, research conducted by Michael Rosenfeld, a sociologist at Stanford University, rebuts this presumption. In his independent study published in the American Sociological Review, he found that 22 percent of new couples met online; however, these couples were twice as likely to marry as those who met offline.

He explained this phenomenon by pointing out that dating sites typically arouse interest in people genuinely seeking marriage as their goal. Although his results seem noble, they remain dubious because internet-formed relationships are still in their infancy stages. Delving deeper into research shows that infidelity mostly occurs after 5-7 years of the marriage or when a child was born. Therefore, although online couples are initially happier, studying their long term speculations may be premature, considering the relative new-ness of social media and online dating. Nevertheless, both ideas suggest that taking a look into our nation’s divorce rate may shed some light on the issue.

Is infidelity the reason behind our surging divorce rate?

Statisticians rank the United States as having the sixth most divorces in the world. Although the specific divorce rate is relatively unknown, it is speculated that around 40-50 percent of all marriages end in divorce. However, this statistic does not account for the complexities surrounding marital difficulties. For example, the largest rate of divorcing men and women are between the ages of 20-24–37 percent for women, and 39 percent for men:

“f you just ask whether infidelity is going up, you don’t see really impressive changes. But if you magnify the picture and you start looking at specific gender and age cohorts, we do start to see some pretty significant changes.

David C. Atkins, an associate research  professor at the University of Washington Center for the Study of Health and Risk Behaviors, studied the infidelity rate among married couples and discovered that although the divorce rate has not risen significantly, particular age groups, including newly married couples and couples over 60, are cheating more often. He cites the availability of pornography on the Internet as a motivator for younger couples, and the prevalence of remedies treating erectile dysfunction for older couples. Moreover, the modern trend deemphasizes sex as the primary driving force of infidelity. Instead, intimacy and openness with one’s new flame boosts the infidelity rate. This idea was qualified this year in a new study published in a journal, Evolutionary Psychology, which recruited 477 adults: 238 men and 239 women. The study asked all participants two questions:

Interestingly the results varied, depending on who you asked. Men were most distraught about physical infidelity and women by emotional cheating. Thus, examining all the reports above presents us with a trend that shows a possible gender-specific irony: 1) Men do not always appreciate a spouse’s physical infidelity; however, men usually cheat due to emotional insecurity, and 2) Women do not  always appreciate a spouse’s emotional attachment, but can be attracted to a man’s sexual prowess. Although, our nation’s mushrooming divorce rate isn’t directly attributable to infidelity alone, a question remains as to why infidelity is so ubiquitous today.

What effects do social networks have on infidelity?

Today, we are constantly connected. Many people maintain activity on one or more social networks or maintain “friends,” many of whom they haven’t spoken to in years: friends, exes, people they don’t know, or people they would like to know. Face to face relationships are no longer as mainstream as they used to be. But what role does our ability to connect with people from all over the world play in expansive relationship betrayal?

Researchers at Indiana University studied the connection between social networks and relationship availability. The study coined the term “digital cheating” and investigates suspicions about relationship demise by social networks. It found that people keep Facebook and other outlets to monitor the availability of their romantic/sexual prospects and whether or not they are in a committed relationships. Their breakthrough suggests that modern networking trends illustrate adults breaking from meeting new people, and instead, holding on to old flames, or as they called them, “Back-Burners.” As the study explains:

We use the term back burner to describe a desired potential or continuing romantic/sexual partner with whom one communicates, but to whom one is not exclusively committed. Although communication with back burners is not new, modern technology affords novel channels (e.g., social networking applications and text messaging) that individuals are using to connect with back burners.

Additionally, the study found that some partners in adult relationships maintain romantic or sexual conversations, on average, with two people other than their significant other. Interestingly, this trend is gender neutral, resulting in a similar average rate for both men and women. Although the larger pool of prospects and digital back-and-forth are not necessarily dispositive of physical wrongdoing, these findings lend credence to the English idiom that there really are plenty of fish in the sea.

Perhaps the loyal spouse today shouldn’t blame his or her philandering partner. Modern philosophies describing today’s adultery clash with old-school promiscuity notions, which ascribe different reasons for extramarital affairs. Maybe infidelity by one spouse is just a byproduct of emotional yearning. Although cheating compromises the values of one spouse at the expense of another’s selfishness, our society mimics this trend by condoning infidelity for some, while celebrating it for others.  For example, our infamous double-standard provides that philandering men will mostly receive “props” from their “boys,” while unfaithful women are labeled with the love chords of revulsion. Even though both sexes may be equally guilty in entertaining back-burners for that just-in-case moment, it seems unfair to brand one sex with the Scarlet Letter celebrated by the other. Nevertheless, the problem might not lie between or among the sexes, considering this issue permeates every facet of modern life, such as our phones, homes, and television shows. Maybe it has now just become a part of today’s life.

Computers in Human Behavior: Using Modern Technology to Keep in Touch With Back Burners

Huffington Post: Why People Cheat: 12 Differences Between men and Women