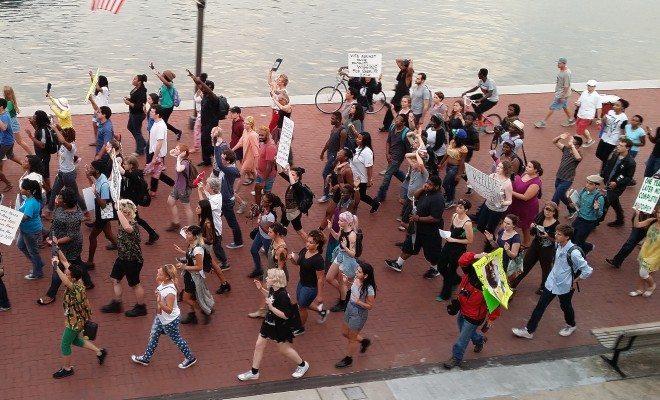 Ferguson and the Effect of Social Media Activism

Last Monday night St. Louis County Prosecutor Robert McCulloch delivered a combative 25-minute address in which he seemed to blame social media for some of the fallout between the death of Michael Brown on August 9, 2014 and the announcement that police officer Darren Wilson would not be indicted for shooting him.

McCulloch focused his attention on the role of social media covering the story, blaming it for misleading the public and creating a martyr out of Brown from the start. He was particularly cutting to the people of Ferguson who witnessed or didn’t witness the event saying that, “within minutes various accounts of the incident began appearing on social media.” He continued on to say that the posts, mostly on Twitter, were “filled with speculation, and little, if any solid, accurate information.” His statement did little to quell the fire on social media platforms like Twitter, Tumblr, and Facebook. In fact, it might have ignited a deeper fury in the hearts and minds of those who were blogging about the incident.

Social media has been a key part of the nation’s involvement in the Ferguson case since the day it happened. Protest footage was shown online as it developed through YouTube, Twitter, and Facebook posts. If that spark of anger ever dissipated, a well-timed hashtag could bring it back, and when the evidence was released, people joined together to comb through the details for more information.

What would have happened if social media hadn’t been around for Ferguson? It’s unclear, but the impact of social media cannot be denied–it changed the face of a county, the life of a man, and the start of a movement.

From the moment the shooting happened and continuing through today, Twitter has had a lasting impact on the general public’s memory of Ferguson and the events that followed. Tweets from Alderman Antonio French kept everyone abreast of what was happening, and were the source for information on the scene. The story spread far and wide, and may have been what some witnesses used when they discussed the event before a jury. Comments were made on everything from the extensive media coverage to the altercation between local police and a Washington Post reporter.

The near-constant trend of #Ferguson has not stopped since August, with nearly 3.5 million tweets around the planet in the three hours after the decision was delivered to the public.

That opening statement sounds like, "None of this would be a problem except the Internet."

People didn’t just use Twitter to talk– it was used to promote action as well. According to the Social Media Listening Center at Clemson University, the incident in Ferguson and the hashtags #MichaelBrown, #Ferguson, #DarrenWilson, and #BlackLivesMatter had the highest response to any event since they started monitoring the service. Listening Center Director Joe Mazer said that 90 percent of the Twitter mentions were negative toward Officer Wilson and the Ferguson Police Department. He said key influencers of the conversation were members of the media and the forces on the ground, or the people in and around Ferguson.

Much of that response was to organize protests, educate others, and spread the word about both sides of the case. Movements started on Twitter and many more grew because of it. In a country where people often say we don’t participate in government, simple sentences in 140 character increments have done what political leaders haven’t been able to do in quite some time: bring groups of people together through their feelings of injustice and anger.

Twitter took things to another level when activists in NYC took to social media and encouraged people in and around the city to gather together to interrupt the Macy’s Thanksgiving Day Parade. They used the hash tag #StoptheParade to plan the protest that was to bring the injustice from the grand jury result to the eyes of those enjoying the parade. While it unclear how many people were involved in its inception, or even who started the movement, it quickly moved from hundreds of tweets on Twitter to posts on Facebook and Tumblr. As the movement grew, a map was released to show protesters just where to gather.

We moved #stoptheparade to 12am due to weather here’s the facebook group + info http://t.co/AzuTGdyHTw pic.twitter.com/TI2M5tHEWJ

Though mainstream media didn’t cover the protests instead of the parade, videos and images flowed onto Twitter and Instagram showing peaceful protesters we well as those who got a little more physical. It seemed like the NYPD got word of the event, as there were many officers lining the streets specifically where protesters planned to meet.

Much of what is happening on Tumblr is similar to what is happening on Twitter, though there are of course longer posts with some more detailed analysis of court documents and personal responses. However, there is one thing that is very different: the Ferguson National Response Network. The network stems from an idea that protesters had before the indictment announcement, which is a system that allowed interested parties to sign up to receive SMS messages about the announcement. This was especially helpful to those who worked during the announcements. As that movement grew, there was a demand to continue this collection of activities, so they created the Network Response Team. The Tumblr page allows submissions for peaceful demonstrations, allowing other people to join in so that the event is a success. There have been more than 70 events and counting planned through the page.

Social media and internet resources weren’t just a refuge for those fighting against Wilson. There were two fundraising campaigns set up to raise money for the police officer when it became apparent that he probably wouldn’t return to the line of duty, either through indictment or from resigning. The sites were set up through GoFundMe, but they were eventually halted. There was also a Facebook page called “Support Darren Wilson,” which raised more than $430,000. That too was halted with only a parting message stating that interested parties should “Please redirect Badges for Darren to the Ferguson PD. Thank you for your continued support. We understand that there will be many unanswered questions and concerns and we will update supporters as soon as we have the answers.” Another site, Support Officer Wilson, has raised more than $235,000, but it also stopped accepting donations without an explanation. There were reports that the administrators of the pages were receiving threats over their participation.

So, was social media’s role in Ferguson good or bad?

Social media is great at getting information out quickly about ongoing events. One could just set his or her browser to “Ferguson” and it was almost a real-time display of the events. Networks are only able to cover one aspect at a time, but social media has access to the collective information. It also allows for the continued planning of events that need larger groups of people as a sort of grassroots campaign.

Social media also allows people to search for information that is relevant to them. While the major news networks were all turned to the events in Ferguson, communities in New York City and Philadelphia also had their own protests. By using Twitter, one would just have to search to see where the protests were–either to join in or avoid them during travel.

Finally, it is obvious that social media encourages everyone to be more active and aware of the world around us. Without social media, we would only be privy to the information released by the news media, much of which has been slanted toward one direction or the other. It allows us to have educated debates, understand the details, and make our own decisions.

Social media may have hurt the legal proceedings in Ferguson more than it helped. Those involved claim that witnesses who were around the scene on the street claimed to have seen Brown with his hands up, however many of their accounts seem to have come from Twitter rather than their own experience. Former New York City Mayor Rudy Giuliani even went on record to say that those witnesses should have been sued for perjury. While some argue that this is just looking for a reason not to persecute Wilson, the truth remains that many eyewitness accounts didn’t match up.

Social media may have also played a part in the violence, stoking anger and fear in the hearts of those involved. We can all agree that the violence and looting that has erupted, though understandable to some, has left many with a bad taste in their mouths and is almost undermining the cause. Social media has a time and place, and if we can use it responsibly, it will help shape the way we receive, discuss, and process news.

Talking Points Memo: Here Is How The Prosecutor Described The Michael Brown Shooting

Noel Diem
Law Street contributor Noel Diem is an editor and aspiring author based in Reading, Pennsylvania. She is an alum of Albright College where she studied English and Secondary Education. In her spare time she enjoys traveling, theater, fashion, and literature. Contact Noel at staff@LawStreetMedia.com.
Share:
Related ItemsActivismDarren WilsonFacebookFergusonInstagramMichael BrownMissouriProtestSocial MediaTumblrTwitter