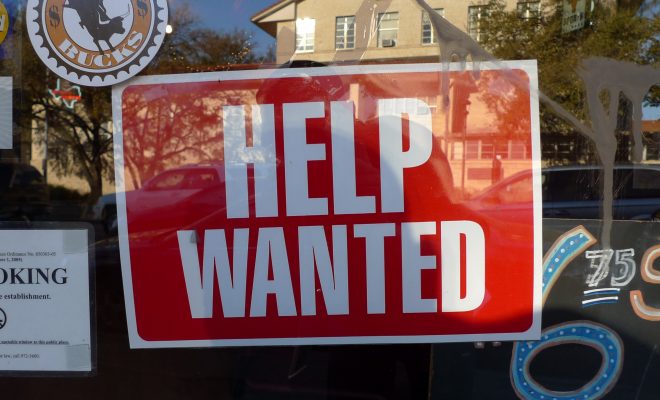 The Unemployment Rate: What the Measure Tells Us

In November, the monthly jobs report released by the Bureau of Labor Statistics told us, among other things, that the unemployment rate dropped down to 4.6 percent, the lowest it has been since 2007, before the Great Recession. While that number seems to speak glowingly of both the job market and the efforts of the Obama Administration, others contend the opposite. President-elect Donald Trump, for one, is not convinced by the statistic and claims the actual number is much higher. Who is right, are they both right, or are they both wrong? Read on to find out the backstory behind the unemployment rate and what it can tell us about the economy.

History of Unemployment and Methods to Address it

While there were several ways that policymakers attempted to determine the unemployment rate in the early 20th century, the unemployment measure that exists today was not created until the 1940s, when the Census Bureau began administering the Current Population Survey. Estimates suggest that the unemployment rate reached an all-time high of 23.9 percent. This was followed by a record low of 1.2 percent in 1944 during World War II. The lowest rate not during a time of war was 2.9 percent in 1953.

Since 1948, there have been 11 observed recessions and there have been a variety of means to combat resulting high levels of unemployment, many of which have varied by president. During the second term of Harry Truman’s presidency, the first one with reliable data, unemployment was very low except for a brief recession as the economy adjusted after the war. Truman left office with an unemployment rate below 3 percent. The rate rose though during the following administration under President Dwight D. Eisenhower but passing the Federal Aid Highway Act in 1957, which paved the way for the National Highway System, helped bring the rate back down.

President John F. Kennedy inherited an unemployment rate around 6 percent and was unable to do much to affect it before his assassination, despite expanding Social Security and cutting taxes. The story of Lyndon B. Johnson’s presidency was the complete opposite, with a large decrease in unemployment. This success under Johnson was the result of wartime hiring and new government projects from the War on Poverty, including Medicare and Medicaid. Following Johnson, the administrations of both Nixon and Ford saw continuously rising unemployment with the rate reaching a new post-war high of 9 percent in 1975. President Ford actually had the highest average unemployment of any president since data was officially collected, at 7.8 percent.

In 1992 George H.W. Bush was replaced with President Clinton who, like Johnson thirty years earlier, saw the unemployment rate steadily decline. Under George W. Bush, the unemployment rate ticked up at the beginning of his presidency after the 9/11 attacks and a mild recession. It eventually ticked back down before starting to rise dramatically at the beginning of the Great Recession. This carried over into President Obama’s time in office, peaking at 10 percent in 2009 before steadily declining to where it now sits at 4.6 percent.

The Meaning of Unemployment

The unemployment rate is calculated with the hope of learning who does not have a job and why to help policymakers understand the state of the economy and make informed decisions. The data for calculating unemployment is derived from surveys conducted by the Bureau of Labor Statistics. If a person has a job they are obviously counted as employed. The real discrepancy is in the unemployed category, which there are actually several different ways to measure. If someone is looking for work, but does not have a job, they are considered unemployed. However, if they are not looking for  work they are considered outside of the labor force and thus not included in unemployment figures. People living in institutions and those in the military are excluded from the survey.

The goal of the survey is to classify people age 16 and older into one of the two groups. Generally the divisions are pretty clear, however, there are a few gray areas. For example, people who are unpaid but work more than 15 hours a week for a family business are considered employed. In the case of unemployed people, the clarification is over whether they are actively pursuing a job within four weeks of the survey or would like a job but are not looking for one. Those who have looked for a job in the four weeks and are available to work are considered unemployed. The labor force, for the purpose of the unemployment measure, is considered those who are employed and those who are unemployed. Passive job searchers are not counted as part of the labor force,

Of those not included in the labor force, some are discouraged workers–those who do not think they can attain a job. A marginally attached worker is someone who has looked for a job at some point in the last 12 months but has not done so in the past four weeks. Within the marginally attached worker category is the subcategory of discouraged workers, who have not recently looked for work because they do not think they can get a job, either because they are unqualified or for another reason related to the state of the job market. The rest of the people in this category are generally out of the labor force for another reason such as attending school or taking care of a family member. In total, there are six measures of unemployment, ranging from the U1 to the U6. Of those, we use the U3, which measures the amount of people who do not have jobs as a percentage of the labor force.

The following video looks at exactly how the unemployment measure works:

How is Unemployment Measured?

Some assume the government uses the number of people on unemployment insurance each month or surveys every household to determined how many people are unemployed, but that is not actually how it works. Using unemployment insurance would only count people who are eligible or have applied for insurance, so if a person does not qualify in either of those categories they would not be counted. On the other extreme, surveying every household every month, in a process similar to the census, is impractical.

Instead, the unemployment rate is actually measured using the Current Population Survey, which started in 1940 and was taken over by the U.S. Census Bureau in 1942. In total, there are 60,000 households each month that are eligible for the survey and are organized into 2,000 physical areas. The Census Bureau then creates a survey that will incorporate 800 of these areas in order to create a representative sample to reflect the variety of people and job types across the United States. Each month, a quarter of the households in the sample are changed to ensure no household is interviewed for more than four consecutive months. These households are then taken out of the sample for eight months, before being interviewed for another four month period. In other words, three-fourths or about 75 percent of the sample remains the same from month to month and one-half or about 50 percent stays the same from year to year.

Every month, the included households are contacted and asked questions to determine whether they are employed, unemployed, or not looking for work. These interviews are done either in person or over the phone, generally the week of the 12th day of the month. During the first interview, demographic information is collected through a computerized database, which is then used to create a representative sample. Because this measure is derived from a survey and not a count of every person in the country, there is room for error. But the margin of error calculated by the BLS finds that 90 percent of the time the survey will yield an unemployment number that is within 300,000 of the results that you would find if you counted every single person. The measure also takes into account seasonal employment with rate adjustments. In no case over the last decade has the margin of error been large enough to skew the actual unemployment rate.

Neither the people asking nor those answering the questions actually determine what classification they fall under. Instead, that is determined when the answers are put into the computerized form. Critical to successfully measuring unemployment is ensuring comparable results. Due to this requirement, the interviewers are extensively trained.

Criticism of the Unemployment Rate

While the unemployment rate has steadily gone down over the last few years, and although it seems very cut and dry mathematically, the measure still has its critics. These critics include people from both sides of the political spectrum, from President-elect Trump to former presidential candidate Bernie Sanders. Their criticisms extend beyond the trite example that discouraged workers should also be included in the unemployment rate.

These people point to another major flaw with the rate in that it excludes many job seekers. Namely, while a person may have a job, that does not mean they are fully employed, in essence, working a full-time job that can support them. Unfortunately for these people, there are also not enough jobs that could fully employ them either. Instead, if they are employed at all, they are often forced to cobble together multiple jobs or rely on the social safety net. Moreover, while the government does measure various forms of unemployment, only one, the U3 unemployment rate, tends to get most of the attention.

Since the unemployment rate is calculated using data and sophisticated sampling techniques, some might think the measure is beyond partisanship. Unfortunately, that is not the case. While some of that may be political, the unemployment rate itself deliberately excludes a large portion of people to measure a very specific thing. While many do criticize the definition, it is still important to measure the number of people who do not have a job and are actively looking for work.

Despite the ambiguity, purposeful or not, the unemployment rate has been one of the most consistent barometers for measuring the health of the United States’ economy since the end of World War II. Undoubtedly better measures either exist or could be formulated, although the practicality of compiling more in-depth numbers that would have to be gleaned from a 300 million plus population is more dubious. Thus, candidates and activists can debate and denounce the merits of the unemployment rate but for now, we seem to be stuck with it, even if it does not take many of us into account.

Michael Sliwinski
Michael Sliwinski (@MoneyMike4289) is a 2011 graduate of Ohio University in Athens with a Bachelor’s in History, as well as a 2014 graduate of the University of Georgia with a Master’s in International Policy. In his free time he enjoys writing, reading, and outdoor activites, particularly basketball. Contact Michael at staff@LawStreetMedia.com.
Share:
Related ItemsBureau of Labor StatisticsCensus BureauCurrent Population SurveyUnemploymentUnemployment Rate