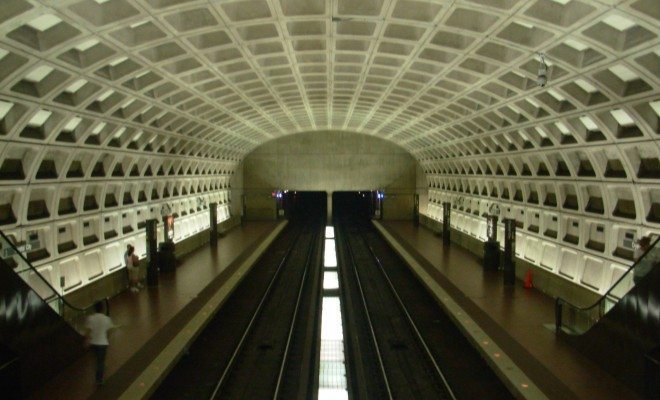 Trouble Below: The Problems Plaguing the Washington D.C. Metro

Transportation Secretary Anthony Foxx recently promised to close the Washington D.C. Metro system unless it complied with safety requirements. How did it get to this point where the nation’s second-largest mass transit system is on the verge of being shuttered due to safety concerns and a series of mishaps?

Read on to find out more about the history of the Washington D.C. metro system, how safety concerns have been postponed, the recent spate of issues leading up to its current situation, and the future of the Metro in this uncertain climate.

The History of the Metro

The Washington Metropolitan Area Transit Authority, known locally as the Metro, was an ambitious project dreamed of by local residents going back all the way to the beginning of the 20th century. Residents hoped for a public transit system on par with other major northeastern cities. This hope finally started to come to fruition in 1959 when the first concrete plans for a rail system in the nation’s capital were drafted. After a bill allowing its construction passed Congress in 1965, work was finally under way.

Initially, the system was meant to serve only the capital so as not to compete with new freeways, however, it was later expanded to parts of the neighboring states of Maryland and Virginia as well. Completion of the first segments occurred in 1976, but tracks and routes were changed to meet proximity requirements for important areas like the National Mall. Only in 2001 were all the originally planned tracks finished. Upon completion, the Metro became one of the largest public works undertakings ever completed, stretching 103 total miles and serving the second most people of any rail system in the U.S., following only New York City. The completion of the Metro required the input of politicians, architects, construction workers, and engineers with the end goal of creating a system acceptable to everyone while also being aesthetically pleasing.

One of the Metro’s important goals was the ability to expand and modernize as time went on. Aside from incorporating automated technology, the area covered by the system also expanded to 117 miles served by 91 stations. In addition, the Metro operates a bus system with 1,500 buses, which enables it to serve the region 24 hours a day, seven days a week. The combined system now services an area of approximately 1,500 square miles with as many as 4 million residents. The Metro also recently completed the first phase of the new Silver Line, which will eventually connect the system to Dulles International Airport in Virginia with the second phase currently under construction. Although continued expansion and additional services have been proposed, the system is now faced with a series of long-delayed safety challenges that it must also tackle.

While the Metro was an unqualified success in its first few decades of operation, after that, problems with the system became more apparent. First, was the structure of its governing body–elected officials from each of its four regions control the WMATA and often do not have experience with subway operations.

Also not helping matters is the Metro’s long-term funding plan, specifically, that it has never really had one. In most major cities a large portion of a system’s funding comes from dedicated taxes, often well over 30 percent. In the case of the D.C. Metro, dedicated funding amounts to just 2 percent of its budget. The lack of dedicated funding has essentially left the leadership with the task of fundraising every year to keep the system funded. Raising money became increasingly difficult after the system stopped rapidly expanding, as funds were needed to simply cover costs and maintain the tracks. While funding did continue to increase it was also increasingly siphoned off for other aspects of the Metro system such as the bus network.

As funding became harder to come by, the Metro started to become political. Representatives on the Metro’s board fought for new stations or services in their districts so as to appease their constituencies. They also worked to keep Metro open longer and later, which was met with approval by the riding audience but made routine maintenance harder and harder to complete. The D.C. Metro lacked an additional track as well, something other major systems have to allow trains to bypass maintenance work. Without additional tracks, the Metro is forced to single-track trains while doing maintenance and construction, which causes delays and decreases customer satisfaction.

With all these issues plaguing Metro it is no surprise to critics that they started to manifest themselves in the form of accidents. In the early years, these accidents were rare. In 1982, the first major tragedy occurred when a train derailed killing three riders. It was not until 1996 when in another incident occurred when a train skipped a track in the ice and collided with another train, killing the operator. As time went on and the Metro failed to address these issues, the regularity of high-profile accidents began to increase. In 2004, 20 people were injured in a collision. Shortly after, in the span of two years between 2005 and 2007, four workers were killed in accidents. Again in 2007, 23 more passengers were injured in a derailment. The worst accident came in 2009, however, when nine people were killed and over 80 were injured in a crash on the Metro’s Red Line.

This series of embarrassing incidents forced Metro’s hand. The Metro was able to at last secure additional funding to address many of the problems haunting the system. Nevertheless, for all that was seemingly done, the true depth of the problems became clear after track issues continued to plague the rail system. An incident at the L’Enfant Plaza station in 2015 left passengers stuck on a train as it filled with smoke. As a result, one woman died and more than 80 people were taken to a hospital for smoke inhalation. This was followed by a number of different episodes including derailments, oil spills, and more fires.

The situation was so bad, in fact, that the D.C. Metro became the only major rail service in the United States to have its oversight be placed under the direct control of the Federal Transit Administration. Even after this step, though, the problems have endured, with at least eight separate incidents of either smoke or fire causing evacuations or service halts since April 23.

These repeated episodes seem to have been enough to force authorities to act, but the impetus for the dire threats from Secretary Foxx were not just the incidents described above. After a fire at the McPherson Square Metro stop on March 14, safety inspectors became increasingly concerned that parts of the rail system were unsafe for operation. In an unprecedented move, the entire system was shut down on March 16 in order to conduct emergency safety inspections.

The results of the inspections prompted system administrators to consider drastic action to ensure track safety and on May 6, the Metro introduced a preliminary SafeTrack plan to complete urgent repairs. The plan, which will begin in June, calls for a series of extended repair surges and the shutdown of several stretches of track for weeks at a time. Just a day before that plan was announced, a third-rail insulator cast doubts on the system. Despite the explosion, the station was not closed until hours later and safety inspectors were not allowed access, raising concerns over the safety training of Metro workers. Unsurprisingly, incidents such as this, along with worsening service and decaying facilities, have led Metro’s weekday ridership to decline by as much as 6 percent since the end of the 2015 fiscal year.

The following video looks at the severity of the problem:

Some see a silver lining with the SafeTrack plan; the decisive action may mark an important shift in the system’s management. A major aspect of the plan is a series of safety surges, where portions of the system will be aggressively repaired for extended periods of time, meaning either single-tracking or outright closures of entire stations. The plan also calls for a roll back on operating hours, meaning stations and their corresponding lines will be closing earlier, and weekend and special event hours will be rolled back in order for workers to have more time to address issues plaguing the system. As a means to offset all these closures and service reductions, bus service will be expanded and used to service stations during temporary closures.

The accompanying video gives a brief summary of the plan:

But before these plans could even be implemented (in typical Metro fashion) they were put on hold. In this case, the decision came at the discretion of the Federal Transit Administration. Specifically, the FTA is calling on Metro to begin immediate work on three sections in particular. The impetus for this call was the recent track explosion and Metro’s botched handling of it; while these three sections were scheduled for maintenance later in the year, they will now become priorities. While it is reassuring to see work finally underway to address Metro’s core problems, these new contradictory directives also raise more questions over who is in charge and whether there is a complete plan in place going forward.

The Metro was once the pride of Washington D.C., admired by visitors from all over the world. However, due to poor initial planning and an even worse maintenance record, that is no longer the case. Now the Metro is faced with a potential $2 billion shortfall by 2025 due to budget cuts and lost ridership. Couple this with all the accidents, injuries, and even deaths, the Metro now finds itself in a very unenviable position.

But not all is necessarily lost. Other cities such as Chicago and New York faced similar problems and resorted to efforts like town hall meetings and extended track closures to address their problems. Going forward, the Metro can incorporate these methods along with its own ambitious maintenance and rehabilitation plans. Ultimately, the Metro needs to find leadership that is willing to make unpopular decisions and then follow through with them. In the short term, customers will be unhappy about delays and closures, but a late train is still better than one that never arrives at all.

Washingtonian: The Infuriating History of How Metro Got So Bad

The Washington Post: At Least 6 killed in Red Line Crash

Michael Sliwinski
Michael Sliwinski (@MoneyMike4289) is a 2011 graduate of Ohio University in Athens with a Bachelor’s in History, as well as a 2014 graduate of the University of Georgia with a Master’s in International Policy. In his free time he enjoys writing, reading, and outdoor activites, particularly basketball. Contact Michael at staff@LawStreetMedia.com.
Share:
Related ItemsDC MetroPublic TransportationRail SystemsWashington DCWMATA