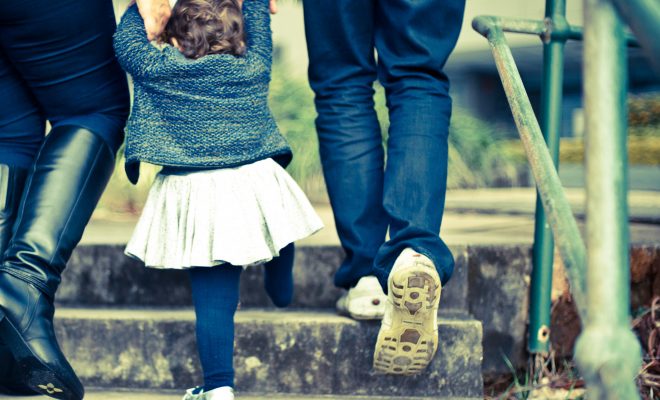 Family Leave In D.C.: Are the Costs Worth the Benefits?

In modern society, we have devised mechanisms to help us manage risk. Health insurance, for example, is a risk management system for health care costs that uses small payments, pooled from a large community, to cover those members who happen to become sick. The complications with risk management pools often do not relate to the idea of insuring people against risk. After all government itself is, in some ways, the same idea. Rather the complications arise from trying to decide who is included in the risk, in the payouts, and how the system is funded.

The Washington, D.C. city council recently passed a risk management pool, similar to health insurance, to provide family leave to district workers. There are significant benefits to workers from this system but there are also some drawbacks, which critics say will harm employers and may even harm the types of workers that the policy is designed to benefit the most.

The D.C. Universal Paid Leave Amendment Act would be a significant increase in the benefits due to D.C. employees. It will be particularly important to younger, female employees who are statistically the most likely to want to take family leave time. However it does impose significant costs on employers and other workers, and the balance between those competing interests may need to be adjusted. Now that the bill has passed the D.C. City Council, it will need to be signed by Mayor Muriel Bowser and make it through a 30-day congressional review.

D.C. Paid Leave and How It Works

Take a look at this report from PBS that aired last year that explains some of the benefits of family leave and how it works in other countries. It is expensive to provide this benefit to employees but it can also keep employees in the workplace.

In the United States, there is no national policy for paid family leave. Federal law provides for unpaid leave, but only for companies with over 50 employees. And only to full-time workers. Only 12 percent of Americans are offered any kind of paid leave by their employers.

The D.C. Universal Paid Leave Amendment Act is the most generous family leave policy in the country, extending benefits by both duration and payout beyond family leave policies in other states. California and New Jersey, for example, only provide six weeks of leave and up to 60 percent of pay. The D.C. plan provides for eight weeks at up to 90 percent of pay. The program would guarantee six weeks of leave to care for a sick family member as well as two weeks of paid sick leave and eight weeks for new parents. The structure of the payouts is also progressive, meaning that lower wage workers will benefit more from the plan. The first $46,000 in wages are replaced at the 90 percent rate, but after that reimbursement is only 50 percent. The benefit payments are capped at $1,000 per week, and those benefits are taxed.

The program is only for private employees, not district or federal workers, and will be funded by an increase in payroll taxes on employers. D.C. already has a high tax rate, one of the highest in the region, and this law would be an increase of 0.62 percent. It does not sound like a large increase but many businesses operate on thin margins, and an almost 1 percent increase could be a significant burden. The tax increase would create a $250 million a year fund to pay out benefits. But estimates suggest that a one-time cost of $80 million would be needed for the technical administration of the program alone. To many critics, this high proportion of funding going to administration is unacceptable.

Another problem with the proposed plan is the beneficiaries. The new tax will only apply to employers who are within the district. But the benefits will be paid out to workers regardless of whether they live in the district or in surrounding states. Estimates suggest that about 65 percent of the benefits would be paid to commuters living in Maryland and Virginia, a facet of the plan that has drawn criticism from city council members and the local Chamber of Commerce.

Is Family Leave A Good Idea?

This video explains some of the pros and cons of the new family leave act.

As the video explains there are several different angles to consider. The first issue is the incentives that it creates for employers. The employees most likely to take advantage of this policy are young women since they are the most likely to care for a newborn or an ailing family member. Under a structure that requires employers to pay for only the leave taken by their own employees, as was proposed in one version of this legislation, this can create an incentive to not hire young female workers. But because employers are paying into a common fund for the benefits, rather than providing the benefits directly, this particular incentive is reduced. The employer does not increase their risk of losing money to paid leave when they hire an employee who is likely to take that leave. That risk is spread out over all of the employers in the pool.

The fear that an employer may have to pay for, on its own and not through a fund, an employee’s leave only to have that employee not return to work is also eliminated. If an employee does not return to work after his or her leave, that would be a cost to the business, but the individual employer isn’t on the hook for the cost of the benefits that were collected. All the employers share that cost so that for each individual company it is drastically reduced.

The main problem that most have with the bill is that it may encourage employers to cut back on workers in general or move their business out of Washington in order to save money. This is a very real concern since payroll expenditures are often a large part of a company’s budget and one of the elements an employer can most easily control. A company may try to cut staff so that it owes less in taxes, even if that would make it less productive. Other family leave programs in other states have not led to that result, but this program is untested. The question of whether the benefit to all workers is worth a general hiring freeze or a reduction in the labor force can’t be answered until we know how many workers it will affect.

Additionally, the D.C. leave package is so generous it may do too much to allow workers to stay home. A worker who gets up to 90 percent of their pay doesn’t feel nearly as much pressure as one who is only receiving 60 percent, or none, of their paycheck. Although most people support some kind of paid family leave many might want a policy that encourages employees to come back as soon as they can. This could be accomplished by reducing the size of benefits paid out in subsequent weeks. But part of the rationale for the law is not only to relieve families in an emergency, but also provide work-life balance for new parents. The program is by its very nature supposed to incentivize workers to take time when they need to.

Family leave also benefits employers. The ability to take family leave can encourage workers to choose one specific employer over another. Therefore a system that guarantees paid leave to all private sector employees in a given job market levels the playing field for businesses that might not be able to offer this benefit on their own. It also encourages workers to take leave when they have a child or an emergency, rather than quit work altogether if they know they will need several weeks of time off. This keeps talented workers in the job pool and reduces the costs of training new employees.

Ultimately, support for family leave, however it is organized, comes down to who we as a society want to invest in and how we are going to finance those investments. Most Americans, 82 percent, believe that there should be some sort of paid family leave for workers. Both to cover parental leave and also for workers who become ill or have a loved one who becomes ill. But devising a system that is able to finance this leave presents many challenges. In order to provide the benefit, employers, other workers, or consumers need to shoulder some of the burden.

The D.C. bill places the burden for this on employers, who may end up passing on some of the costs to consumers and to their employees. But for the workers who have a family emergency or the arrival of a new child, these benefits are critically important. Here in the United States, these family leave provisions are still in their experimental phase, and this one is more generous than the others, so it may be necessary to adjust the balance further. There is also a strong argument to be made for finding an alternate way to administer the benefits that is more cost effective, which could help lower the tax cost for employers.

Mary Kate Leahy
Mary Kate Leahy (@marykate_leahy) has a J.D. from William and Mary and a Bachelor’s in Political Science from Manhattanville College. She is also a proud graduate of Woodlands Academy of the Sacred Heart. She enjoys spending her time with her kuvasz, Finn, and tackling a never-ending list of projects. Contact Mary Kate at staff@LawStreetMedia.com
Share:
Related ItemsDC City CouncilFamily LeavePaid Family LeaveSocial InsuranceWashington DCWorker Benefits