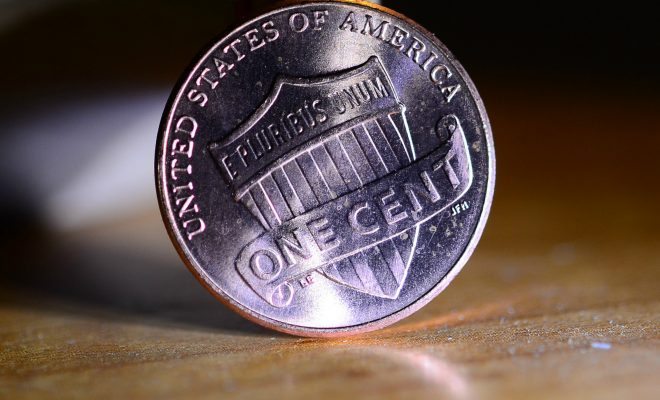 Should We Get Rid Of The Penny?

We spend more money making pennies than pennies are worth. Right now making a penny costs 1.7 cents. Yet we continue to mint more pennies every year, costing the government millions of dollars. Both pennies and nickels cost more than their face value to produce. In 2014, the United States spent $132 million on manufacturing 8 billion pennies. That does not even take into account the added costs of using pennies, like the time it takes to find them in the bottom of your purse or pocket and for the cashier to count them. According to the organization “Citizens to Retire the Penny” the economic drain every year from the penny is almost $900 million dollars.

So why on earth are we still making pennies? The two main arguments for continuing to produce the penny are the impact that eliminating them would have on pricing and the penny’s role in charity fundraising. If there were no one-cent coins in circulation, businesses would likely round the prices of their goods up to the nearest nickel, raising costs for consumers. And charities that promote penny drives would suffer because there would no longer be coins that people don’t want and are therefore willing to give to charities. The third argument, which is more sentimental than practical, relates to President Lincoln–many simply don’t want to eliminate the coin because it commemorates him.

Throughout our history, the coining of money has had political ramifications that go far beyond whose face we put on our currency. Changes in the supply of money and who has access to it have the power to promote the interests of a particular class and stimulate sectors of the economy. Eliminating the penny may be efficient, but it could also have unforseen consequences for the economy.

The video below does a great job of being both an educational and entertaining introduction to the many practical, efficiency-based arguments in favor of eliminating the penny. Featured on Freakonomics.com by Stephen J. Dubner–who seems to be on an economic-moral crusade to denounce the penny–it not only shows the base numbers of how much money we are wasting by manufacturing pennies but also the added costs of keeping them around.

The numbers in favor of eliminating the penny are pretty clear. Firstly, pennies cost more to produce than they are worth, which right there should give those who are at least neutral on the penny some food for thought. Secondly, they aren’t even worth your time to bend over and pick them up, let alone the 120 million of hours of time per year that are spent counting pennies in cash transactions. In fact, when John Oliver delivered his own anti-penny rant he looked at news stories with people who actually would not bother to pick up free pennies. At first glance, one might think these people are wasteful and foolish to not pick up free money. But they are actually making a smart economic choice because the small amount of time it would take to pick up the penny is worth more to them than the penny itself.

Proponents of the Penny

The penny does have its advocates. The group Americans For Common Cents advocates for the continued manufacturing of the penny. According to a 2006 Gallup survey, 55 percent of Americans said that pennies were useful, versus 43 percent who said they were not; 2 percent had no opinion (they could be the same 2 percent who end up throwing them in the trash). But Gallup broke this down even further by income per household. Lower-income groups are more likely to think the penny is useful. For example, households that make less than $30,000 a year have a 65 to 34 split in thinking pennies should be kept, while households that make $75,000 a year or more had a 45-53 split in favor of eliminating the penny. It isn’t until you reach that income strata that the anti-penny opinion takes the lead.

Americans For Common Cents cites the effect on consumers, particularly low-income Americans, as a reason for keeping the penny. Businesses would have to round to the nearest nickel if there were no pennies and therefore consumers would have to pay more. Some people might not notice, but to low-income Americans, that might actually make a difference. In its own research, Americans For Common Cents found that 73 percent of Americans were concerned that eliminating the penny would increase prices.

There is also a concern about the potential effect on charitable giving. Most of the arguments focus on gifts to charitable organizations, rather than giving to individuals, but panhandlers and homeless individuals receive loose change from people and might be adversely affected by pennies going out of circulation. Large charities like the Salvation Army also collect loose change and rely on people donating in pennies. The unpopularity of the penny may actually be a good thing for these charities, prompting people to donate them rather than throw them away or spend them. Other countries that have abandoned the penny, notably Canada, have not seen a drop in charity donations, but they may have other customs that don’t rely as heavily on penny donation to support charities.

Keeping the penny has as much to do with preserving the great American tradition of specialized lobbying groups as it does with promoting the image of Abraham Lincoln. In this CBS Morning News segment, the reporters interview the head of Americans For Common Cents, which uses the mystique of Lincoln to promote the pro-penny position.

Americans For Common Cents gets a lot of its funding from Jarden Zinc, which manufacturers the zinc discs that become pennies. (fun fact: pennies are made of zinc and only covered in copper since copper is much too expensive). Jarden Zinc. has a very real financial interest in the United States continuing to produce pennies, so it spends money to promote this position. It spent $140,000 on lobbying efforts and was later awarded a contract by the federal government worth $48 million.

Lobbying efforts like this are found on nearly every issue in American politics, many of which involve much more money. When it comes to getting rid of the penny, Jarden Zinc is very passionate, while most of us have not considered the issue much at all. And if we have, we don’t feel that it is an issue of grave national importance and so no action is taken on it, allowing the status quo to continue.

There may be another compelling reason to keep pennies that Americans for Common Cents hasn’t touched on much in their advocacy efforts. Our monetary system was initially based on precious metals. Paper money (fun fact: paper money is actually made out of linen and cotton–not paper) became a stand-in for precious metals like gold and silver, but early on the money was still backed by gold and silver. Paper money was more convenient to use than carrying around bars of gold with you but the money had a bar of gold somewhere that gave it value. A dollar was actually worth something tangible.

Our currency is no longer backed by precious metals, except for pennies and nickels because those are actually made from semi-precious metals. But these are substances with value. It’s illegal to do it, but you could melt down a bunch of pennies and get zinc out of them (and a small amount of copper), which you could then sell. And because the zinc in the pennies is worth more than the pennies themselves that would be a great idea–if the government hadn’t made it illegal precisely because people started doing that.

Keeping pennies avoids the potential issues for charity donations and price increases but it also, according to Brian Domitrovic of Forbes, is a symbol of a monetary policy that we should encourage. One that responds to market signals and promotes a more healthful economy. In his view, keeping the penny, even if it is inefficient, is worth doing for that reason.

The penny has great sentimental value to many Americans. We have countless aphorisms about pennies. About picking them up, which we don’t do. About saving them, which we also don’t do. Even about giving them to people for their thoughts–which Stephen Dubner from Freakonomics considers to be an insult. But what we don’t have for pennies is a policy that deals in rational economic terms with the cost-benefit of producing and using them. Concerns about the impact on charities and on pricing are hurdles that our neighbors to the north and around the world have dealt with when abolishing their one-cent coins. We merely lack the political will to confront it as an issue because to most Americans pennies are unimportant, but to some, they are worth millions. It is literally a case of being penny wise and pound foolish.

The Odyssey Online: Why Are Pennies Still A Thing?

The Wall Street Journal: Easy To Lose and Expensive To Produce: Is The Penny Worth It?

Editor’s Note: This post has been updated to make the cost of producing a penny clear.

Mary Kate Leahy
Mary Kate Leahy (@marykate_leahy) has a J.D. from William and Mary and a Bachelor’s in Political Science from Manhattanville College. She is also a proud graduate of Woodlands Academy of the Sacred Heart. She enjoys spending her time with her kuvasz, Finn, and tackling a never-ending list of projects. Contact Mary Kate at staff@LawStreetMedia.com
Share:
Related ItemsCoinsCurrencyGold StandardGovernment SpendingPennyUnited States MintZinc