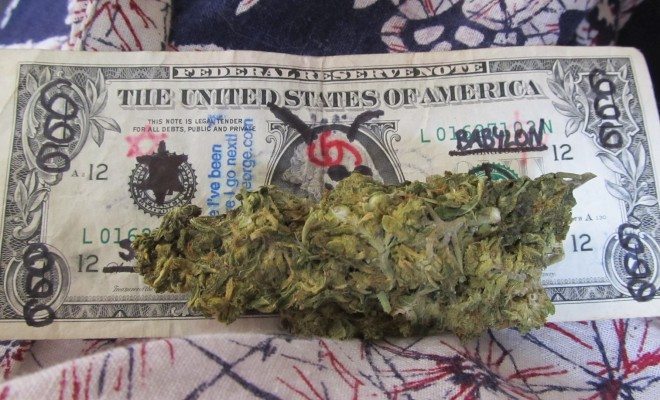 Woman Calls 911 When She Doesn’t Get Her Drugs, Gets Arrested

Okay. I can’t believe I am about to say this. I don’t care if someone takes your $5 but does not give you your weed, you just cannot call the cops to complain about being stiffed. If you do, you will get in trouble. And if my admittedly limited knowledge of pot prices is accurate, you will get in trouble over some very poor quality marijuana.

(Before I continue with this story, I have a confession to make. Whenever I do not have a good story lined up for the week, I just Google ‘weird legal stories Florida.’ It never disappoints. Now back to this week’s weird Florida story … )

Daneshia Heller, a 19-year-old Florida resident, had an emergency. She had just been robbed. When she went over to a man’s house to buy some pot, she had expected to receive said pot in exchange for the $5 she had given him.

Unfortunately, the man allegedly took the money but didn’t give anything back. Heller did what any irrational person would do. She called 911.

“He got my money, and I want my drugs. Can you send an officer?” she asked the operator.

You know how if you find a genie and you make a wish it is going to come true in a way you never expected? Like how in the Geico commercial a million bucks gets granted as a million male deer (aka bucks)?

Well think of this 911 operator as Heller’s genie in a bottle. Heller was granted her wish: a cop did come to the scene of the alleged crime. Only, the cop didn’t arrive for precisely the reason Heller had wanted him.

You see, drugs are illegal in Florida, both in buying and selling. Which means if you call up and admit you are trying to buy some, especially if you dial 911 to do it, you will probably get in a little trouble yourself.

If this had been the only thing to happen, though, then maybe this story would not have been so bad. However, when the cops arrived, they saw an angry Heller talking to herself. This aroused their suspicion.

When they checked her person, they found a white substance in one of her pockets. As it turned out, it was Flakka, a psychosis-inducing drug.

After the substance was found, Heller was taken into custody and charged with the following:

Moral of the Story

As with any good story, there are a few key takeaways:

This may all seem like a lot to ask, but I promise you they are all good ideas if you do not want to get arrested and be talked about here.