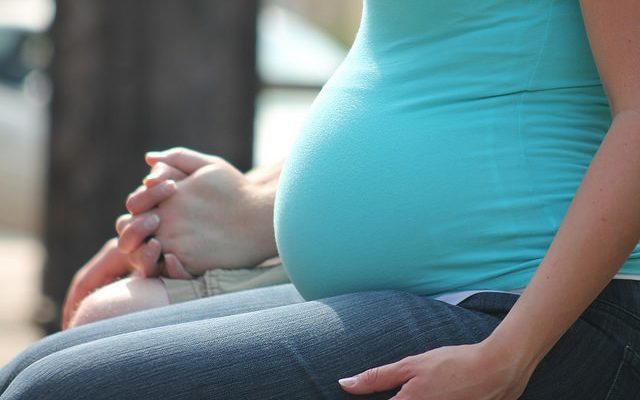 "Pregnant Woman" Courtesy of [Government of Alberta via Flickr]

Pregnant Woman Wins Court Order to Keep Her Placenta, So She Can Eat it

If you’re a woman and you want to eat your own placenta after giving birth, should the hospital let you? In the case of one pregnant Mississippi native, the answer was no–unless she first obtained a court order.

Jordan Thiering told The Clarion-Ledger, that at 33 weeks pregnant she was forced to go to court in her hometown of Brandon in order to win the right to her own placenta postpartum. Thiering said, “I grew my baby, I grew my placenta. There should be no one that can tell me what I can or can’t do with it.”

Jordan Thiering never thought she’d have to sue for rights to her own placenta https://t.co/t2Fq8qHf9M pic.twitter.com/Dp1OKSTxn2

Thiering decided to include encapsulating her placenta into her birth plan after a friend suggested she try consuming it for its possible medicinal benefits. But when she told the folks at River Oaks Hospital her intentions, they told her she’d need a court order to do so.

Even though Thiering’s placenta is a part of her own body, state epidemiologist Dr. Thomas Dobbs defined the placenta as “medical waste,” according to a memo obtained by The Clarion-Ledger.

The memo states in part:

No hospital or other facility may release non-infectious medical waste (including placental tissue) without there first having been obtained by a court order, or other judicial mandate, which will assure proper disposal by the release.

The placenta is the essential organ surrounding the fetus in the mother’s uterus during pregnancy, and after childbirth it is expelled from the body. It allows oxygen, blood, and nutrients to be delivered to the developing baby via the umbilical cord, and also filters out waste from the baby’s blood.

Because this organ is rich in iron, vitamins, and important postpartum hormones, placentophagy, or the act of eating one’s own placenta, has become a growing trend among women (and Kardashians) in order to decrease the chances of developing postpartum depression, or “baby blues.” However, scientific studies have not conclusively supported the effects of the practice.

After obtaining a lawyer, Thiering was able to petition the Rankin County Chancery County on May 2 to ask for the rights to her placenta. On May 17, Judge John McLaurin granted the order.

It was pretty simple but totally unnecessary in my opinion to need any of that. I don’t think it’s right for someone who has no experience to dictate what a woman can do with her body…he’s not a woman. He shouldn’t have a right to dictate what I can do with my body.

Thiering was told by the health department that she is the first woman to go forward in getting a court order to have rights to her placenta. If this bizarre baby trend continues to gain acceptance, we may begin to see more cases like this heading to our courts.

Alexis Evans
Alexis Evans is an Assistant Editor at Law Street and a Buckeye State native. She has a Bachelor’s Degree in Journalism and a minor in Business from Ohio University. Contact Alexis at aevans@LawStreetMedia.com.
Share:
Related ItemsCourt OrderPlacentaPlacenta EncapsulationPlacentophagy