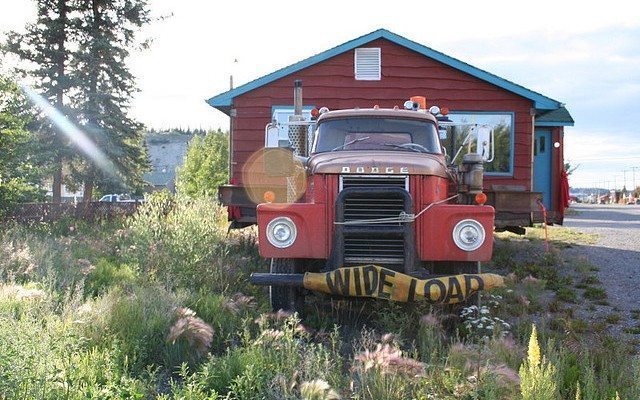 I’ve been told that the best way to steal something and get away with it is to be so obvious about what you are doing that nobody takes any notice of you. In other words, if you look guilty, you probably are. This is why I make an attempt to look like I’m not supposed to be buying alcohol when I am at a liquor store–one of these days my sketchy behavior is going to get me IDed and then I’ll go brag to everyone I know about how young I must look.

A good scam is to rob someone in the middle of the day. The neighbors aren’t expecting robbers at this time, so they don’t think anything of it when they see you filling up your van with someone else’s furniture. “Oh, Ms. Solomon must be redecorating,” they say and get back to their gardening.

Another thing people do is take a large purchase item, let’s say a television, and walk right out the front door of the store. It is so obvious and ballsy, that nobody would do it unless they had just purchased the device from another cashier, right?

Now, before I get to my point, I want to give a disclaimer: Everything I know about stealing is information I got secondhand, usually from late-night sitcoms. If you are thinking about starting a life of crime, I would suggest that you find your tips somewhere other than this post.

If I am not trying to create a nation of savvy stealers, though, where am I going with all of this? Well, if the best way to steal is not to hide what you are stealing, then stealing a house ought to be easy.

And so here is the story I am relating to you this week: SOMEONE STOLE A HOUSE! I’m not making this up. It happened in Oregon, but more importantly, it happened.

To be fair to the thief, and also to be fully honest, this guy didn’t know that he was stealing the house, he thought he was buying it for only $3,000, which was, in his actual words, “a hell of a steal.”

So here is the breakdown of what occurred (dramatized for, well, dramatic effect):

Sheriff Frank Skrah was sitting in a meeting one day thinking that this day would be like any other. In his life on the force, he had seen it all–nothing could shock him. Or so he thought.

In came a deputy to shake what he knew about himself to the core.

“Frank,” the deputy said to him in disbelief, “you’re not going to believe this. Someone just stole a house.” (Again, actual quote.)

Now, if someone had told me when I was picking out careers that as a detective I might one day be able to take part in the Case of the Missing Log Cabin, you can rest assured that I would be in uniform right now.

However, as I didn’t know houses could be stolen, I made other professional choices. Detective Eric Shepherd is luckier than me, though, because once this crime was committed, he actually had to investigate the whereabouts of a missing house. Turns out, it had not gotten far. It turned up about half a mile away in a nearby community. And it only took two days to find. That’s right, folks: an actual house went missing, was hidden less than a mile away, and it still took two days to find it (and I am pointing this out only because it is shocking. I am not saying it should have been found sooner because I honestly have no idea how long it should take to recover a missing house–though didn’t someone in the community find it odd to come home one day and find a cabin where only land had been just that morning?). Anyway, what did I tell you about the big crimes being the easiest? If this house had been moved two or three miles down the road, it might not have ever been found.

So now we are at the point where I explain to you how the guy who took this house thought he was doing it legally. The cabin in question was located in a remote area and was used as a vacation house. It was purportedly co-owned by three men. One of these men decided that he was going to sell it. Which he did, for $3,000, to a fourth man. The seller did not feel it necessary to share this information with the other two men. So the buyer, not aware of any of this, hired a logging company to move the cabin. Shortly thereafter, one of the other men came to visit and was pretty surprised to see that the cabin was no longer actually there. Which is what led to a house being reported stolen in Oregon.

The police are now trying to decide if this is a criminal case or a civil case, but I’m just happy it is a case at all.

To end this on yet another actual quote from this saga, let’s take it back down to Sheriff Skrah: “I’ve seen a lot of scams,” he said, “but I’ve never seen an entire house go missing.”  I couldn’t sum it up any better.

Ashley Shaw
Ashley Shaw is an Alabama native and current New Jersey resident. A graduate of both Kennesaw State University and Thomas Goode Jones School of Law, she spends her free time reading, writing, boxing, horseback riding, playing trivia, flying helicopters, playing sports, and a whole lot else. So maybe she has too much spare time. Contact Ashley at staff@LawStreetMedia.com.
Share:
Related ItemsFunnyHouseMovingOregonRobberySale