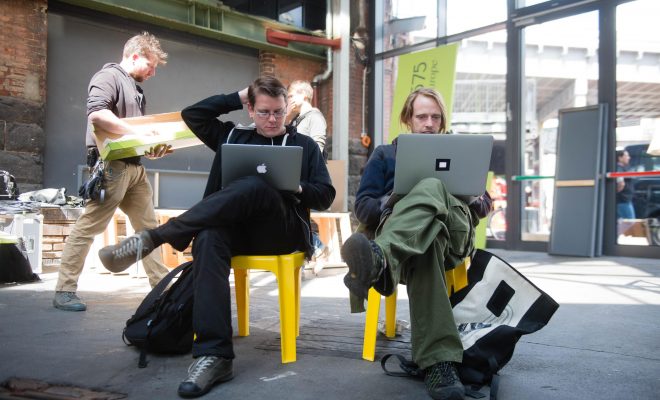 American and German hate speech laws are clashing this month after the approval of a German bill that permits fines of up to 50 million euros on social networking sites that fail to remove hate speech and fake news content from their platforms. The bill still needs to be approved by parliament, but if it does pass, it will be the first concrete step by a government to limit and penalize fake news production.

Companies will have 24 hours to take down content that has been flagged by users before the fines kick in. They will also be obligated to file quarterly reports and turn in “malicious” users–an issue that may prove thorny, as demonstrated by Twitter’s recent lawsuit against the federal government.

American-based sites including Facebook and Twitter have been scrambling to fight fake news over the past year but have struggled to walk the line between freedom of speech and hate speech. In Germany, where the legacy of the Nazi reign has created some of the strictest hate speech laws on the books, that line has been far more defined for decades. Under German law, volksverhetzung, which can be translated as “incitement to hatred,” is a crime punishable by heavy fines or several years of imprisonment. These punishments are usually applied to Holocaust denial and overt racist threats but by shifting the focus to social media, Germany is taking on a wider and more varied range of bigoted behavior. German justice minister Heiko Maas told the German media that “there should be just as little tolerance for criminal rabble rousing on social networks as on the street.”

The bill has already come under fire from advocates of free speech, including the EU’s digital commissioner, Andrus Ansip of Estonia. Ansip declared that over-regulating social media will harm innovation and that instead, the EU should encourage self-regulation. However, German supporters of the bill argue that websites have been neglecting reports of abuse coming in from users and that a harsher penalty is the only way to ensure that the sites will truly take fake news and hate speech seriously. The German Jugendschutz, a ministry dedicated to protecting minors online, found that Facebook only removed 39 percent of reported criminal content. Twitter removes an even smaller percentage of reported content–an estimated one in a hundred reported messages. Facebook has refuted the Jugendschutz statistic, arguing that its own analysis showed a higher rate of removal, but Twitter has not pushed back with the same vehement denial.

Tracing and deleting fake news and hate speech is a challenging task, especially for networks like Facebook and Twitter that serve hundreds of millions of users across dozens of countries every day. There is so much content to sift through that it is not surprising the social network teams are struggling to rapidly and accurately take down fake news. However, a worthwhile task shouldn’t be abandoned simply because it is difficult. The true challenge is not taking down abusive content, it is determining whether the strict German definition of hate speech can be applied in an era where even the team in the Oval Office has made disparaging and racist remarks on social media.

Jillian Sequeira
Jillian Sequeira was a member of the College of William and Mary Class of 2016, with a double major in Government and Italian. When she’s not blogging, she’s photographing graffiti around the world and worshiping at the altar of Elon Musk and all things Tesla. Contact Jillian at Staff@LawStreetMedia.com
Share:
Related ItemsFacebookFake NewsGermanyHate SpeechRacismSocial MediaTwitter