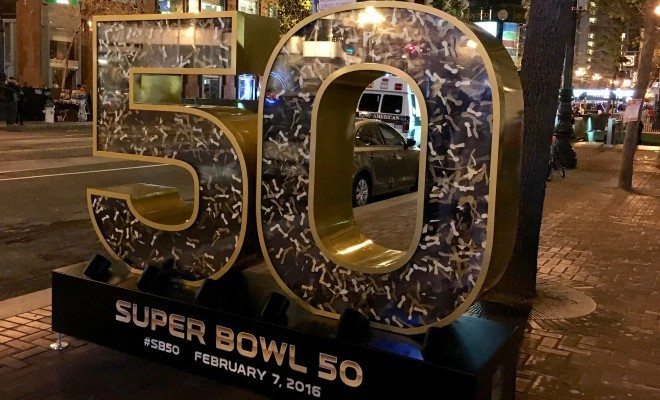 The NFL has traditionally received plenty of criticism for its handling of domestic violence–particularly when it comes to the league’s treatment of players who have committed such acts. But Super Bowl 50, tonight, will feature a moving public service announcement drawing attention to domestic violence. Check out the PSA, which appears to be aimed specifically at young people, below:

The ad was created by a non-profit called NO MORE, in partnership with an advertising agency called Grey. The NFL donated the ad time, and paid for the production costs. It features one young woman talking to another about a Super Bowl party. The invitee tells her friend that she doesn’t “think it’s a good idea” because “Jake is in one of his moods.” It ends with the party host asking her friend if she’s ok, and then the ellipses that signal that a message is being typed. But the ellipses never turn into a message, implying that something happened to the young woman whose boyfriend was “in one of his moods.”

This is actually the second year running that there has been a domestic violence PSA during the Super Bowl; last year’s main event featured a similar spot, also produced by NO MORE. A camera panned around a house where someone was attacked, with a 911 voice call as the audio part of the spot. Check it out below:

The NFL’s history with domestic violence has been a storied one, and there’s still a lot of work to be done on the part of the league. For example, the NFL came under fire once again this year for its treatment of Greg Hardy, who was suspended for only four games last year after assaulting his ex-girlfriend. Not only did many view the four-game suspension as entirely too short, but were also unhappy with the fact that he was welcomed back with open arms after his suspension. More recently, there have been allegations that Johnny Manziel, also known as “Johnny Football” threatened and assaulted his girlfriend.

So, while the NFL has done a good thing by promoting the PSAs, actions speak louder than words, and the NFL’s actions still could use some serious work.

Anneliese Mahoney
Anneliese Mahoney is Managing Editor at Law Street and a Connecticut transplant to Washington D.C. She has a Bachelor’s degree in International Affairs from the George Washington University, and a passion for law, politics, and social issues. Contact Anneliese at amahoney@LawStreetMedia.com.
Share:
Related ItemsAssaultDomestic ViolenceGreg HardyJohnny FootballJohnny ManzielNFLRay RiceWomen