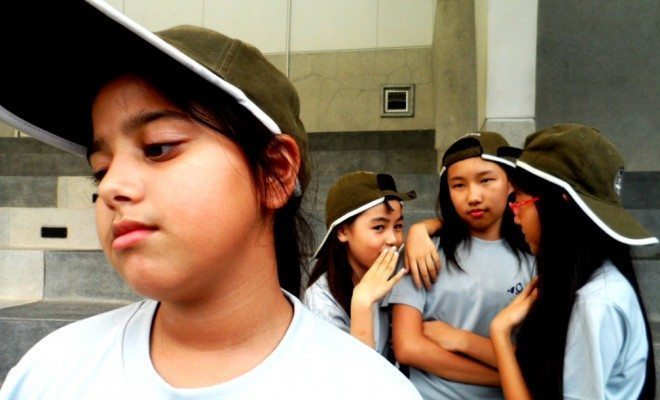 Schools Need to Change How They Deal with Bullying. Now.

For years now schools have had to continually ask themselves, “How do we deal with bullies?” It seems like no matter what, when you put a bunch of young people together in a building to spend day after day with just a few teachers to supervise, you end up with some kids who pick on others. So schools have to figure out how to confront this issue, and unfortunately ome of them do a very very bad job at it.

Candler Elementary in Buncombe County, NC made a pitiful attempt to stop the bullying of a young boy who carried a “My Little Pony” backpack. Instead of punishing the bullies who targeted the boy or even telling them to stop, they told the boy to stop bringing the backpack to school.

Caprock Academy in Grand Junction, Colo. barred a 9-year-old girl from attending school for not following the school’s dress code. The dress code was created to ensure that students look similar and don’t create any distractions. So how had the girl violated the code? She shaved her head in solidarity with her friend who has cancer.

These instances send messages to students that I find incredibly problematic.

3. The message it sends to bullies.

Removing kids from school because they’re in any way nonconformist tells kids that it’s not OK to be yourself — and that’s a dangerous message to send to bullies because it validates their behavior. It tells the bullies that there is something wrong with these students and they deserve to be treated differently as a result.

This is almost exactly what happened in Anoka-Hennepin School District in Minnesota a few years ago. In just two years, 2009-2011, nine kids in the district committed suicide. Many were either gay, or thought to be gay by their classmates. Anoka-Hennepin actually banned all discussion of homosexuality from its schools during this period. Teachers had to avoid talking to their students about homosexuality or identity for fear of losing their jobs. Students weren’t allowed to form a Gay Straight Alliance. They couldn’t talk to staff about fears, concerns, or crises they were having. As Jefferson Fietek, a teacher at Anoka Middle School, pointed out, “LGBTQ students don’t feel safe at school. They’re made to feel ashamed of who they are. They’re bullied. And there’s no one to stand up for them, because teachers are afraid of being fired.”

The case of the young man with the My Little Pony backpack isn’t that far from what Anoka-Hennepin did. By removing all mention of homosexuality from that school, administrators were saying that it was indeed wrong, and that young people struggling with their sexuality didn’t deserve resources, understanding, or protection. They said that the bullies are right because those kids are, in fact, harmfully different. By removing that kid’s backpack from school, administrators at Candler Elementary are doing the same thing. They are saying that he is wrong and deserves to be taunted.

Now, it’s important to note that both schools have since changed their policies. Anoka-Hennepin School District, after the tragic rash of suicides, started providing resources to LGBTQ students. And Candler Elementary has since allowed the backpack back in school. But the fact that this was the automatic reaction on the part of the school district is unquestionably concerning.

2. The message it sends to the victims.

Such actions on the part of the school sends the opposite message to the victims. It tells them that their abuse is justified. It propagates a bullying culture. It essentially tells students that they need to conform to their bully’s expectations in order to avoid being bullied. But adolescence is when people explore their likes and dislikes, their personalities, and their passions. And to teach children to hide those things because it could expose them to the bullies is ridiculous. Instead, bullies should be taught not to bully. They should be taught that treating another human being that way is abhorrent and utterly unacceptable.

Victim blaming is a bad way to deal with bullying, but it often seems like an immediate reaction on the part of the school. For example, look at this story of a girl in Missouri who was bullied because of her body. According to a report on the issue, “Tammie Jackson contacted her daughter’s middle school to complain about her daughter Gabrielle Jackson being bullied, as reported by Fox News. Allegedly, a school official at Central Middle School in Moline Acres, Mo., said Gabrielle would be bullied unless she transferred schools and had breast reduction surgery.”

That’s utterly ridiculous. Telling a young girl, who is probably already insecure about her body, that she needs to get breast reduction surgery in order to avoid being bullied is disgusting. Instead, we need to teach the bullies that you shouldn’t be a gigantic, disgusting, jerk.

1. The message it sends to the rest of the students.

It teaches other students to be bystanders. Years after taking an Intro to Psych course, the Kitty Genovese story has always stuck with me. For those of you who don’t know this story, it’s essentially one of the most well known examples of the bystander effect. In 1968, Kitty Genovese was stabbed outside her home in Queens, New York. She screamed for help the entire time, but none of her neighbors, despite being able to hear her, did anything. They all thought that it wasn’t their responsibility and that someone else would obviously step in to help. But no one did, and Genovese died that night.

When schools blame victims for being bullied, they are teaching their students to just stand there for fear of being bullied themselves. They are teaching students that nonconformity is a bad thing, and that there’s no need to defend those being bullied. And in some ways, that’s the most dangerous lesson of all, because no matter where you go in life there will be bullies. Whether it’s a pushy coworker, or an obnoxious neighbor, or an angry driver on the road, there will be bullies in life. And if we teach our young people to stand up for others, that’s the first step to counteracting those bullies. Teaching students to just stand by and watch will just make the problem worse.

Anneliese Mahoney
Anneliese Mahoney is Managing Editor at Law Street and a Connecticut transplant to Washington D.C. She has a Bachelor’s degree in International Affairs from the George Washington University, and a passion for law, politics, and social issues. Contact Anneliese at amahoney@LawStreetMedia.com.
Share:
Related ItemsAnoka HennepinBackpackBullyingCandler ElementaryKidsKitty GenoveseMy Little PonySchoolVictim Blaming