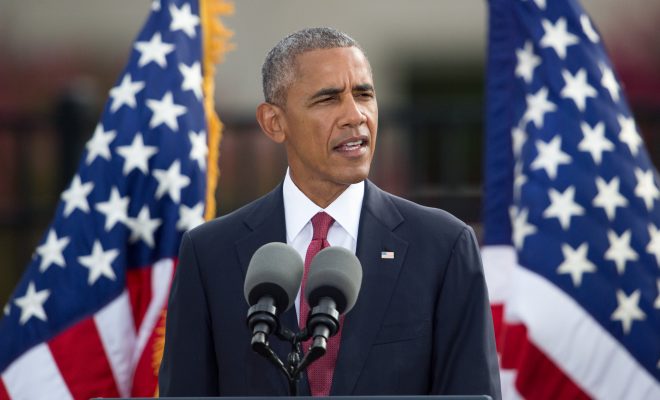 On Friday President Obama signed the Sexual Assault Survivors’ Bill of Rights; the most comprehensive sexual assault legislation to date. The new bill is a combination of existing laws from different states and will help make sure that rape survivors always know where their evidence is located, whether it has been tested, and the results. Previously, the legislation around rape and the handling of rape kits–the kit with materials and instructions for gathering evidence following a rape–has been unclear and repeatedly criticized.

Rape victims are sometimes even charged for their exam following a sexual assault, which is not supposed to happen. According to federal law, rape victims should not be billed for a forensic exam and necessary medical care. However, sometimes the medical guidelines go beyond what the law covers, and who pays for that part varies between different states. This will be resolved by the new law.

The driving force behind the new law was 24-year-old Amanda Nguyen, who is a rape survivor herself and took action after her own rape kit was about to be destroyed. After being raped in 2013, she submitted a rape kit to the state of Massachusetts. According to the law she had 15 years to decide whether she wanted to pursue legal action, but the state threatened to destroy her evidence after only six months unless she filed a request for an extension. To ask this of a rape victim so that existing evidence is not destroyed sounds pretty bizarre.

“A global movement is happening & our most powerful tool is our voice.” Amanda Nguyen on Sexual Assault Survivor’s Bill of Rights #2030NOW

“The system essentially makes me live my life by date of rape,” Nguyen said to the Guardian. It was also impossible to get a straight answer when she tried to find out where her evidence was located. On top of it all, she had to physically return to Massachusetts every six months to make sure the kit wasn’t destroyed.

In a press release on the bill, Nguyen said:

We want to thank President Obama for signing the Sexual Assault Survivors’ Bill of Rights into law today. This historic piece of legislation codifies the federal rights of the 25 million rape survivors in America and serves as a model for Statehouses to adopt.

Here are some of the rights that victims will be guaranteed under the new law:

Emma Von Zeipel
Emma Von Zeipel is a staff writer at Law Street Media. She is originally from one of the islands of Stockholm, Sweden. After working for Democratic Voice of Burma in Thailand, she ended up in New York City. She has a BA in journalism from Stockholm University and is passionate about human rights, good books, horses, and European chocolate. Contact Emma at EVonZeipel@LawStreetMedia.com.
Share:
Related ItemsAmanda NguyenBillLawLegislationObamaPresident ObamaRape KitRape SurvivorSexual Assault