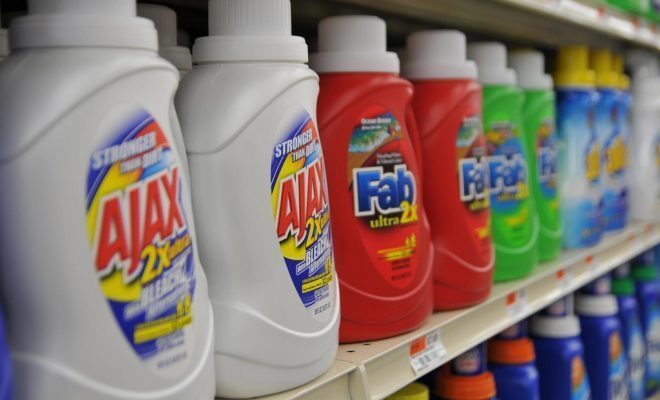 Tens of thousands of chemicals are used to create our everyday products, and the legislation that regulates them hasn’t been updated for nearly half a decade–but that all changed today. President Obama signed into law Wednesday new regulations that will overhaul toxic chemical use and garnered unexpected bipartisan support from both Republicans and Democrats and environmentalists and the chemical industry.

It has been a long journey but today @POTUS has officially signed #TSCA into law! pic.twitter.com/jCNuVVH4Ll

The new law is an update of the 1976 Toxic Substances Control Act and will now allow the Environmental Protection agency to collect more information about a chemical before it can be used in the United States. Also under the new law, the EPA must conduct a review of all the chemicals currently on the market and make the results public. The EPA will also have to consider the chemical effects on certain demographics like infants, pregnant women, and the elderly.

“This is a big deal. This is a good law. It’s an important law,” Obama said at the bill-signing ceremony at the White House. “Here in America, folks should have the confidence to know the laundry detergent we buy isn’t going to make us sick, [or] the mattress that our babies sleep on aren’t going to harm them.”

The law will also streamline the different states’ rules on regulating the $800 billion industry. Three years of negotiating between lawmakers went into creating this law which aims to “bring chemical regulation into the 21st century,” according to the American Chemistry Council, who backed the bill.

“I want the American people to know that this is proof that even in the current polarized political climate here in Washington, things can work — it’s possible,” Obama said. “If we can get this bill done it means that somewhere out there on the horizon, we can make our politics less toxic as well.”

In recent years, Republicans have been critical of Obama’s efforts to strengthen environmental and climate protections, claiming regulations create unnecessary burdens and stifles business. However, all parties were on board for this bill–it passed in the House with a 403-12 vote.

“That doesn’t happen very often these days,” Obama said. “So this is a really significant piece of business.”

The Environmental Defense Fund called it “the most important new environmental law in decades.” However, as with any law, there are some downsides. The law restricts how and when a state can regulate certain chemicals and limits the EPA’s ability to monitor some imported chemicals. The Environmental Working Group, another organization that supported the bill, criticized that the EPA may not have enough resources or legal authority to review and/or ban chemicals, citing that House Republicans slashed the EPA’s funding and staff in an appropriations bill for next year.

But, on the bright side, the approximate 700 new chemicals that come on the market each year will now have to clear a safety bar first and companies can no longer classify health studies of those chemicals as “confidential business information.” Those studies now must be made available to the public.

The law was named the Frank R. Lautenberg Chemical Safety for the 21st Century Act, after the late New Jersey Democrat who spent years trying to fix the law. His wife attended the signing at the White House.

Inez Nicholson
Inez is an editorial intern at Law Street from Raleigh, NC. She will be a junior at North Carolina State University and is studying political science and communication media. When she’s not in the newsroom, you can find her in the weight room. Contact Inez at INicholson@LawStreetMedia.com.
Share:
Related ItemsBillBipartisanChemicalsCongressDemocratsEnvironmentEnvironmental Defense FundEPAFrank LautenbergLawObamaRegulationsRepublicanstoxins