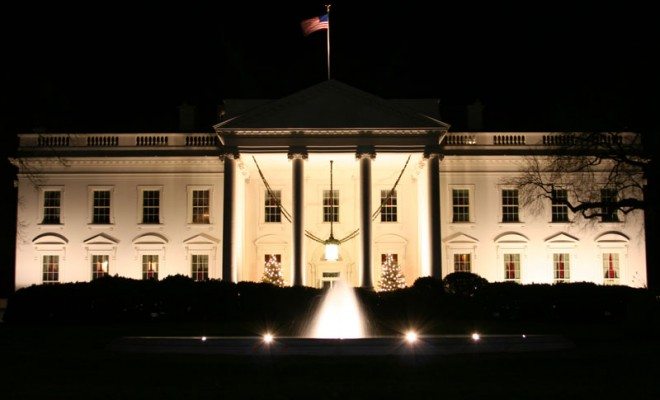 There’s been a lot of hub-bub in the political Twitter-sphere lately over a young man named C.J. Pearson. He’s 13, from Grovestown, Georgia, a conservative activist, and he catapulted to fame after making a video last winter criticizing President Obama for how he has responded to terror threats. Since then he’s been a relatively recognizable name, particularly in certain online circles. But now Pearson has made a splash on a whole new level–he’s claiming that the White House blocked him on Twitter, and incited a political shitstorm in the process.

The video that first landed Pearson some notoriety was published last February on Youtube, and entitled “President Obama: Do you really love America?”

Since then, he’s kept posting videos, often criticizing President Obama or other popular progressive figures. He’s even weighed in on the increasingly tumultuous 2016 Republican presidential primary, supporting Senator Ted Cruz. He’s been on Fox News, and profiled in multiple publications including USA Today and the Washington Times. Most recently, he released another video criticizing President Obama for inviting Ahmed Mohamed, the young man who was suspended from a Texas high school after bringing in a clock that was mistaken for a bomb.

While I personally disagree with many of the points Pearson makes, it’s undeniable that he’s an incredibly intelligent, articulate, and passionate young man. As as result, he’s attracted a loyal base of fans, particularly on Twitter and Youtube.

So, when he posted this tweet yesterday afternoon, it gained a lot of traction:

It appears to show that Pearson was blocked by the official presidential Twitter account. The posting garnered plenty of uproar, with many criticizing the President for blocking a vocal critic.

However, the White House has vehemently denied that Pearson was blocked–Assistant White House Press Secretary Frank Benenati responded to the controversy via Twitter, stating:

After the White House chimed in, plenty of Twitter observers, conservative media outlets, and commentators continued to rally in support of Pearson, claiming that the White House was probably lying.

Now, liberal sites are claiming that Pearson is lying, pointing out issues in his story like the fact that a similar picture was tweeted out by a parody site a few days ago, and the fact that the White House would choose to randomly block a kid is ridiculous, even if he is a vocal critic of the Obama administration.

The entire thing has devolved into an incredibly stupid mess, the kind that exists only in a perfect storm of narcissism, internet access, boredom, and an election cycle. So, did the White House block CJ Pearson? Probably not–it seems a little too unbelievable and far-fetched of a story. But it’s a fun distraction from the impending government shutdown, refugee crisis in Europe, and the mess that is the 2016 primaries.

Anneliese Mahoney
Anneliese Mahoney is Managing Editor at Law Street and a Connecticut transplant to Washington D.C. She has a Bachelor’s degree in International Affairs from the George Washington University, and a passion for law, politics, and social issues. Contact Anneliese at amahoney@LawStreetMedia.com.
Share:
Related ItemsActivismAhmed MohamedBlockCJ PearsonSocial MediaTrollTwitterWhite House