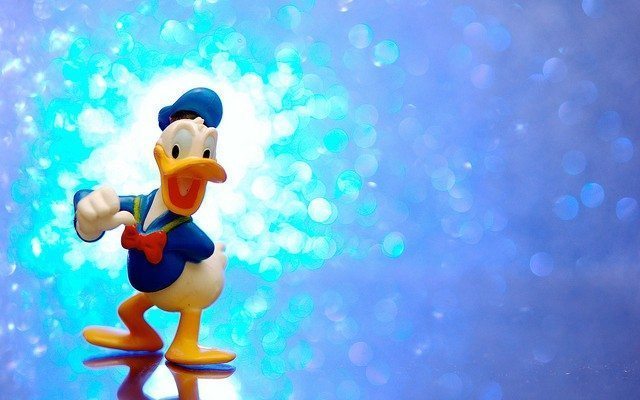 If you see a duck stepping up and down from the sidewalk at a crosswalk, and not just any duck, but an adult-size cartoon Donald Duck, would you stop to let it walk across the street? Or would you keep going because you assume, “Hey! This is New Jersey, and that is probably a crazy man in there!”

Well, the answer to this question could be a matter of life and death. Well, okay, maybe not that–though it could be for the duck–but the answer very well could be the difference between getting a ticket or not.

Fort Lee New Jersey has a problem with people hitting pedestrians, and the town has an unusual way of fighting it. It sends out an undercover cop, sometimes dressed as a duck, to see who stops when he tries to cross the road–and I could make the really obvious joke here, but I will refrain.

On Halloween, several people (and by several, I mean more than 100 New Jersey drivers) got ticketed for failing to yield to this silly goose–I mean, silly duck. One of these individuals was Karen Haigh, who was not happy when she found out she was “getting a ticket for not stopping for a duck.” She claimed, though, that–because she thought he was crazy–she was afraid to stop for him and that she, and probably everybody else, would have stopped if he had been a regular guy since it is only crazy ducks that scare her.

She was probably scared because she thought if a 6’2” Disney duck were to decide to break into her car in the middle of the street, it would not draw a lot of attention from other passersby and drivers. It also would be done quickly since I am sure the duck costume is designed with easy car entry and exit built right into it. So since a giant duck could discreetly and easily break into your car in broad day light under a traffic light with a camera, it would probably be the perfect … decoy (get it? A decoy, as in an artificial bird used to entice game into a trap, as paraphrased from the free dictionary) … costume in which to become a criminal. I understand her fear.

She claims she is going to get her ducks in a row so she can fight the ticket (which costs $230 and two points on your license) in court, but what is the point? Those annoying judges will probably say something dumb along the lines of, “It’s the law to yield for pedestrians in costume or not, crazy or not.”

As Fort Lee Police Chief Keith Bendul said, “When you see a pedestrian, child, adult or duck, stop.” That seems like very good advice to me. He also said that last year, 62 pedestrians were struck in the town, down to 40 this year, and with a goal of zero in the future. So, I cannot really make fun of that, but I do have something I want to say: why does it have to be a giant duck? Couldn’t the officer have gone undercover as a superhero, a pirate, or, I don’t know, a regular dude? Dressing as a giant bird just makes him a sitting walking duck for all the avian jokes that follow.

No matter the outcome, one thing this story proves is this: nothing good comes from driving in New Jersey.