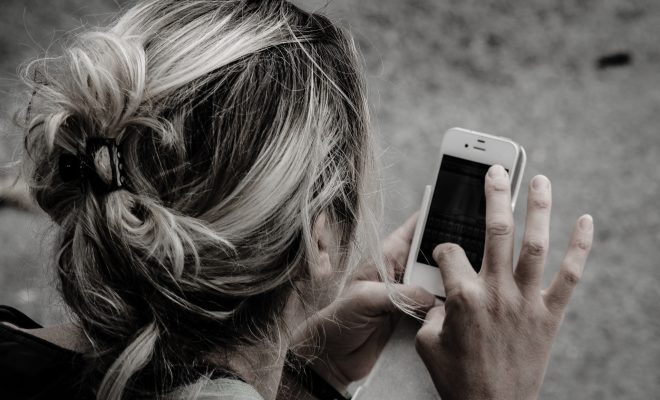 Revenge porn–the non-consensual posting of someone’s explicit photos or videos, usually by an ex–is deeply problematic. And as our technology evolves, we need lawyers willing to help out those, often women, who fall victim to this kind of online harassment. Brooklyn attorney Carrie Goldberg specializes in sexual privacy and focuses on fighting revenge porn, and recently made headlines after being featured in a New Yorker profile. She was once the victim of online sexual harassment, and basically had to start her own law firm in order to become the kind of lawyer that was needed. She mainly represents young women who are trying to get photos off the internet, are being extorted, or have endured sexual abuse.

Many of her clients feel shame, even though they didn’t do anything wrong. One of the youngest is an African-American girl who is only 15 years old. When she was 13, she was raped by a classmate who filmed it and spread the video around the school. Instead of punishing the boy, the school sent the girl home and later transferred her to another school. She was in effect punished for being raped and harassed. Most other clients are women in their twenties who have ex-boyfriends or husbands who have spread or threatened to spread photos or videos online.

Goldberg has, sadly, seen a steady uptick in the number of clients seeking her help since the emergence of Donald Trump as a serious political contender. By this summer she had 35 active clients and had to hire a colleague. She said that many people seem to believe that a Trump presidency might mean a “license to be cruel.” And it’s not all revenge porn–for example she represents a family whose kids’ pictures were used in memes about the Pizzagate conspiracy.

Abuse on the internet flourishes easily, as it is hard to punish. In the case where someone just sends verbal threats it’s basically impossible to find the perpetrator. But we’re making progress. According to the New York Daily News, Goldberg has already done a lot:

We’ll have to keep an eye on what Goldberg accomplishes in 2017.

Emma Von Zeipel
Emma Von Zeipel is a staff writer at Law Street Media. She is originally from one of the islands of Stockholm, Sweden. After working for Democratic Voice of Burma in Thailand, she ended up in New York City. She has a BA in journalism from Stockholm University and is passionate about human rights, good books, horses, and European chocolate. Contact Emma at EVonZeipel@LawStreetMedia.com.
Share:
Related ItemsBreakupsCarrie GoldbergCivil RightsCyber Bullyingdeath threatsHarassmentInternetLawMisogynyOnline HarassmentPolicyRapeRevengeRevenge PornThreatsWomen's Rights