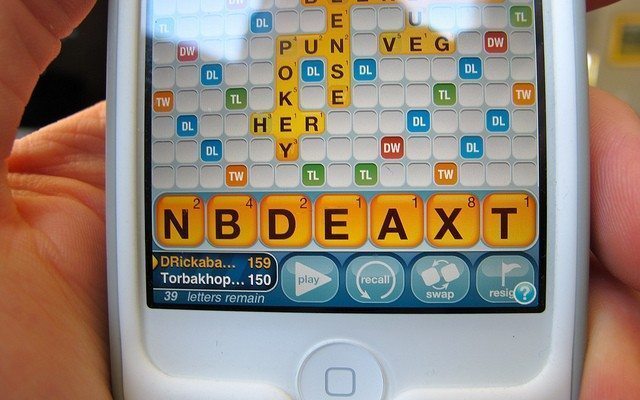 This is a fun one.  Mattel, parent company of the makers of the popular board game Scrabble, has attempted to assert their U.K. trademark rights to the letter tiles used in the game. The California company sued Zynga, Inc., creators of “Scramble with Friends,” for allegedly infringing on their tile trademark. I’m sorry…what?

Mattel acquired trademark rights to the tile trademark in 2000. However, last November, Zynga obtained a summary judgment against Mattel on the grounds that the mark was not entitled to registration. Rightfully so. If Mattel were able to preclude the creation of any tile with a letter on it, wouldn’t that only increase the number of corporations attempting to monopolize trademarks? Earlier this month the decision was upheld because the trademark covering a tile, accompanied by its alphabetic and numeric markings, had the potential to be extremely large in breadth.

Needless to say, I’m pleased with the outcome of this case. Trademarks are to be used to protect the goodwill of your business. They are a vehicle for promotion and maintaining distinctiveness in the marketplace so as not to confuse consumers. However, here, Mattel was utilizing their mark to gain unfair competitive advantage. The mark the company wanted to enforce could allow them to keep competitors from creating variations of square blocks with numbers, letters, and combinations thereof.

Here’s the thing: I’m all for protecting the likeness of your brand.  I can see how viewers of Zynga’s game may associate it with Scrabble. We have a word game: check. Tiles with letters on them: check. But that’s really as far as the comparison train takes us.

There are stark differences to be noted. First, Zynga’s placement of a number on the tile is in the top right versus the bottom right number placement by Mattel. Soooo…if I wanted to create a word game and indicate the value of each letter, even if I placed the number in the center, I would be subject to a trademark infringement suit? Second, even though the two games have the same objective of creating words with the letters you are given, the rules aren’t the same. One is timed and the other isn’t. One only allows you to connect letters that are adjacent to each other and the other doesn’t. Not to infer that there needs to be a long list of similarities for a judgment of infringement, but I’d say there is enough difference between the two that Mattel can’t unequivocally claim harm.

In my humble and personal opinion, this is just a matter of gluttony.

Gena Thomas
Gena Thomas, a recent graduate of Howard University School of Law, was born and raised in Lafayette, Louisiana. A graduate of The University of Texas at Austin, she enjoys watching scary movies and acquiring calories from chocolates of all sorts. Contact Gena at staff@LawStreetMedia.com.
Share:
Related ItemsGamesInfringementIPMattelScrabbleScramble with FriendsTrademarksZynga