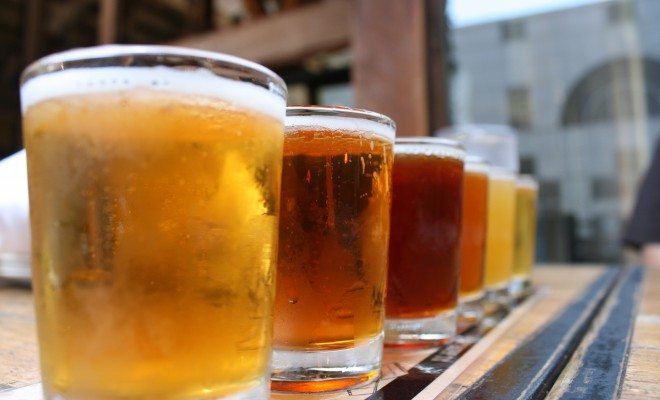 Calling All Brewers and Connoisseurs: .Beer is Open

If you love a good IPA, own a computer, and have an extra $30 per year lying around, then you might want to consider heeding the advice of the Colorado-based Brewers Association. The not-for-profit trade organization advised brewers of all sizes to register a new .beer web address, which was made available to the general public earlier this week.

In an online world saturated by .com domain names, .beer has been referred to as “top level” by the U.S. trade body. The Brewers Association already registered its own .beer address, as have many traditional brewing companies. Basic names have already been claimed, including craft.beer and oktoberfest.beer, according to Minds + Machines, which operates the domain registry.

This new naming structure makes it easier for independent brewers to establish a presence online. In fact, .beer is not the only popular item on the menu. Around 1,000 new domains are expected to be released by the Internet Corporation for Assigned Names and Numbers (ICANN) over the course of the next 18 months. ICANN is a non-profit corporation created in 1998 to assume responsibility of namespaces on the Internet. A list of web domain name applications released by ICANN in 2012 revealed requests for .pizza, .movie, and .life. On that list, Google alone applied for more than 100 domains, including .mom, .dad, and .fun.

Back in 2011 in a hearing before the Subcommittee on Intellectual Property, Competition and the Internet, members explained, “The gTLD [Generic Top-Level Domain] proposal is designed to dramatically expand the number of top-level domains available. This expansion will raise significant revenue for ICANN, possibly launch new businesses to manage the new gTLDs and create more options for registrars to sell domain names to consumers.”

Although the online conversation about this dot-beer revolution is relatively quiet as of yet, those in the industry are hopeful that ad campaigns and inclusion of the new sites on labels will foster growth in business.

This specific domain name comes at a great time for beer brewing across the country. The Brewers Association released the America brewery count in June at 3,040, marking the first time the United States has reached a number in the 3,000s. This figure signifies a new localization of beer production, with 99 percent of the 3,040 breweries being considered small and independent — the very breweries thirsty for .beer!

So, whether you’re brewing in your garage for your own enjoyment, mulling over a craft-beer startup, or merely drowning your ails in a glass of ale, you now have a new place to share the word about beer.