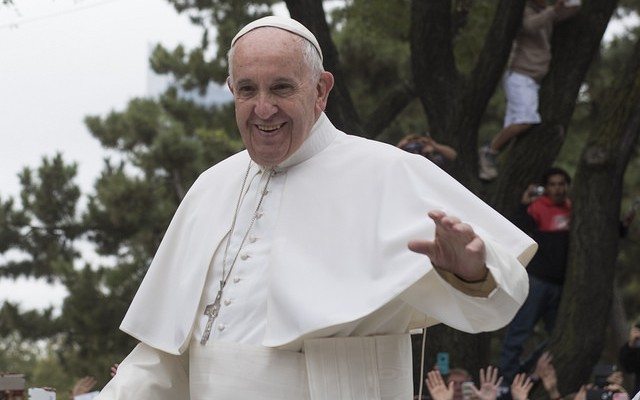 On Monday, while touring Bangui, the capital of the Central African Republic, Pope Francis gave a heartfelt speech to a crowded mosque where he spoke of unity saying, “Christians and Muslims are brothers and sisters.” However, it wasn’t the speech that resonated most with people, but the photo of him speaking that went viral.

An image of the Pope gesturing while cupping a microphone quickly began to circulate social media, and it didn’t take long before users started saying the picture looked like the pope was prepping to spit a few rap bars.

#PopeBars I like it when you call me Big Papal (Throw your hands in the air, if youse a true pray-er) pic.twitter.com/tBiEUXCFMx

Alexis Evans
Alexis Evans is an Assistant Editor at Law Street and a Buckeye State native. She has a Bachelor’s Degree in Journalism and a minor in Business from Ohio University. Contact Alexis at aevans@LawStreetMedia.com.
Share:
Related Items#PopeBarsHashtagMemePope FrancisVaticanViral