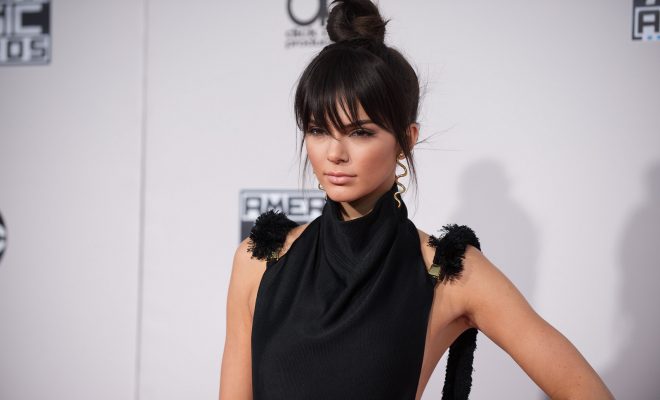 It seems like 2017 is the year of the “woke” commercial. This past Super Bowl, audiences were served these types of seemingly socially conscious ads from giants like Audi, Budweiser, and Airbnb. Last night, Pepsi decided to get in on the trend and released a two-and-a-half minute ad starring Kendall Jenner that basically everyone on Twitter found to be as tone-deaf as it was offensive. The ad, which is part of a global campaign that focuses on “the moments when we decide to let go, choose to act, follow our passion and nothing holds us back,” pretty overtly evokes imagery borrowed from what we’ve seen at Black Lives Matter protests.

The commentary on Twitter was a perfect combination of reflection on how Pepsi allowed for this ridiculous ad to be made in the first place, and the brutal roasting that Pepsi deserves.

I have a Pepsi.” pic.twitter.com/NW0sddKOOI

“I have a dream that one day God’s brown, black, and white children will enjoy backwash from the same can of Pepsi.” pic.twitter.com/DEFwxXxIP0

.@pepsi could have spared itself a lot of trouble by going back to its original slogan “We Only Have Pepsi, Is That Okay?” #PepsiMoment

“This is officer Haynes; just saw a group of black boys. You guys up for a Pepsi? I think I can force about 4 cans from them” pic.twitter.com/YATDgxLq5C

“STOP GUYS! I have a Pepsi multi pack in my car!!” pic.twitter.com/0BamCseHUo

when you were going to violently break up a peaceful protest but the Pepsi way too good pic.twitter.com/wTPCwpyk2v

Pepsi ain’t been right since they lit Michael Jackson’s Jheri curl on fire.

me: I’ll have a coke
waitress : is Pepsi ok?
me: oh I’m actually already not racist but thank you

.@CocaCola watching this @Pepsi ad go up in flames pic.twitter.com/s4DW2GqpXq

“They ain’t have no more damn Pepsi at the store!” pic.twitter.com/lVb8hA7Feo

MLK’s daughter even got in on the trend:

If only Daddy would have known about the power of #Pepsi. pic.twitter.com/FA6JPrY72V

And, finally, this thread pointed out the ultimate issues with the commercial–click on the tweets to see the whole thing:

Austin Elias-De Jesus
Austin is an editorial intern at Law Street Media. He is a junior at The George Washington University majoring in Political Communication. You can usually find him reading somewhere. If you can’t find him reading, he’s probably taking a walk. Contact Austin at Staff@Lawstreetmedia.com.
Share:
Related ItemsBlack Lives MatterKendall JennerNew AdPepsiSocial MediaTwitter