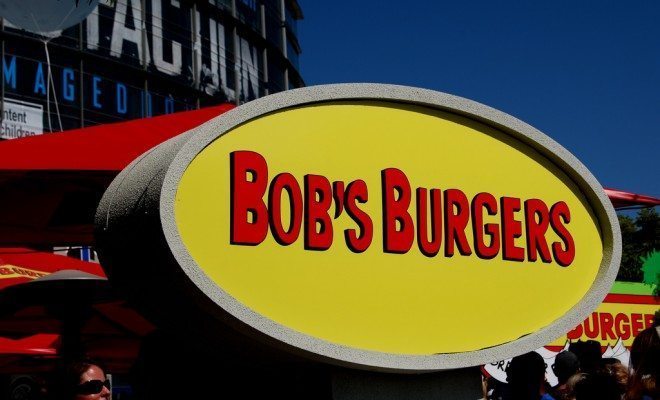 Political Correctness and Comedy in “Bob’s Burgers”: Where’s the Line?

“Bob’s Burgers” is a show that boasts positive female role models with the “strong, smart, sensual” Tina, driven, witty, entrepreneurial  Louise, and determined, bright Linda. But, despite its feminist females, the show sometimes includes passing jokes alluding to sexual assault. The problem is that jokes like these encourage lax attitudes about sexual assault in a society that already ignores victims too often.

When a popular show goes on its winter hiatus, it’s time to fill the void by binge watching old episodes on Netflix. Revisiting past episodes reveals that the mostly feminist-friendly “Bob’s Burgers” has some sexist hiccups, which are alarming for such a progressive show. Season 2, episode 8 deals with Bob’s new found love for pat-a-cake. He convinces his friend, Teddy, to “cake,” and almost immediately Teddy begins to protest. He shouts that the hand game hurts him and he doesn’t want to do it anymore. But Bob continues slapping Teddy’s hands and yelling at him to keep his hands up.

The scene’s humor makes Teddy, a large, grizzly man, play the vulnerable role. The joke is that the dialogue (which would normally be spoken by a man and the woman he is sexually assaulting) comes from two men, who are friends, in a non-sexual situation.

Teddy’s line, “I don’t like it! I don’t like it! Stop!” and Bob’s aggressive behavior are meant to spoof an abusive relationship. But, what’s so funny about sexual assault?

The scene is fundamentally not politically correct, a concern that gained strength during last year’s discourse on trigger warnings. The New York Times and The Atlantic weighed in on collegiate trigger warnings this past fall to examine whether they encourage “coddling” or respect–and that debate will probably be continued in 2016.

But, trigger warnings and PC standards leave comics with a dilemma because jokes are designed to not be safe or appropriate. Should there be a line comedy can’t cross or does that ruin the art form? Jokes will push that PC line as far as an audience will allow. For example, comedy has evolved from eventual audience rejection of offensive practices like black face. In this case, the show has plenty of funny material so why can’t it evolve away from jokes like this one? For a show like “Bob’s Burgers” that is often heralded for its feminism, it may be time to consider that evolution.

Ruby Hutson-Ellenberg
Ruby Hutson-Ellenberg is a 2016 Hunter College graduate, where she majored in English with a concentration in Creative Writing. As a native New Yorker, Ruby loves going to the theater and writing plays, which have been particularly well received by her parents. Contact Ruby at staff@LawStreetMedia.com
Share:
Related ItemsComedyEntertainmentPolitically CorrectSexual AssaultTelevisionWomen