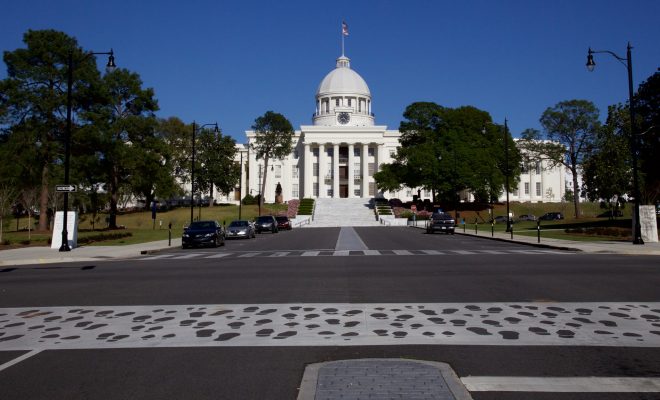 Nigerian Students Sue Alabama University For Using Up Their Money

Forty-one Nigerian students have sued Alabama State University for misusing their government’s scholarship money, overcharging the students, and treating them “like animals.” Though it is one of America’s historically black colleges, the students think discrimination was a contributory factor. “I’m a black man and I’m proud to be black, but I felt discriminated against,” said former student Jimmy Iwezu to The Daily Beast. He also said the school called him and his fellow Nigerian schoolmates “cash cows”.

Students Godsgift Moses, Promise Owei, Thankgod Harold, Success Jumbo, Savior Samuel and others, came to America thanks to generous scholarships for four years of college from the Nigerian government. The government paid around $30,000–$35,000 per student per year—to cover tuition, books, room and board and any other expenses. But instead of forwarding excess money to the students’ accounts, the University held on to the money.

According to the students’ lawyer Julian McPhillips, who first filed a lawsuit in April that was dismissed, these students were treated differently from other attendees. The scholarship money that is supposed to go to the students was instead used to help solve the school’s “bond issues,” pay for a new stadium, and create a new civil rights awareness center.

The Nigerian students were not allowed to eat anywhere other than the school cafeteria and their scholarship funds were charged for living in the school’s dorms even if they didn’t live there. The cost for living on campus was also allegedly raised specifically for the Nigerian students, who had to pay $3,000 per semester. One student named Success Jumbo was married and lived off campus, but the school took money from his scholarship for dorm expenses anyway, instead of transferring the money to his personal account to use for his actual rent. Jumbo told the Montgomery Advertiser:

I got married May 2014. I’ve approached ASU on several occasions, I even took my wife and my baby to them and said, ‘Look, I no longer live on campus. I believe you guys understand the importance of being married. I need to get this money so I can use it to pay for my housing elsewhere.’

“The school compelled us to buy books from the book store and eat only at the cafeteria,” said Iwezu. “I tried to make them understand, ‘Hey, we don’t want to live in the dorms anymore, and we don’t want to eat our entire meals at the dorms.”

After complaining and demanding a refund for the students, McPhillips received an answer from the school–its officials said: “there is no financial agreement between the University and the individual Nigerian students,”–and the request was denied. Another student was charged for summer school after he graduated that he never attended or even applied to.

“They had me as if I was going to school this summer. I asked them, ‘I graduated in May, so where is the scholarship money my government gives to you?’” said Kehinde Batife.

But the students won’t give up–on the other hand, they’re more determined than ever to fight for their cause. Batife said: “I cannot forget about this and I’m ready to fight the school, even if it means 10 years from now I’m still fighting to get justice.”

“I want justice to prevail, and the remaining money should go to [Nigeria’s] Treasury and make a better life for other Nigerians,” concluded Iwezu.

Emma Von Zeipel
Emma Von Zeipel is a staff writer at Law Street Media. She is originally from one of the islands of Stockholm, Sweden. After working for Democratic Voice of Burma in Thailand, she ended up in New York City. She has a BA in journalism from Stockholm University and is passionate about human rights, good books, horses, and European chocolate. Contact Emma at EVonZeipel@LawStreetMedia.com.
Share:
Related ItemsAlabamaAlabama State UniversityBlack CollegeFundsLawLawsuitNigeriaNigerian StudentsRacismScholarshipStudents