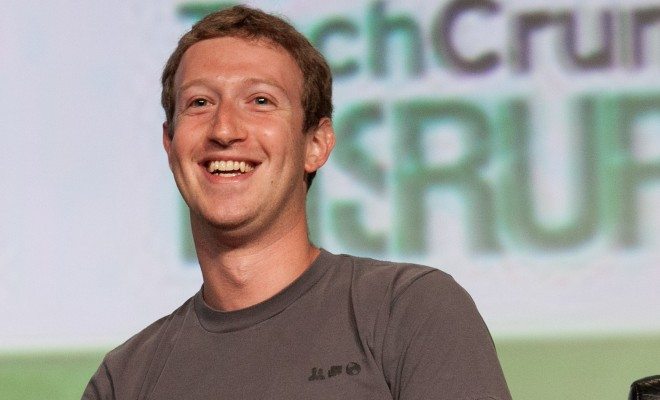 Mark Zuckerberg’s Baby May Save the World

Last week, when Mark Zuckerberg announced his new TechPrep project, my brilliant sister turned to me and said “Zuckerberg having a daughter is probably the greatest thing that ever happened to the world.”

That may seem like a hyperbolic comment but let’s take a look at Zuckerberg’s new project: a website designed to make coding a more inclusive field and teaching the next generation how to code while they are young. TechPrep aims at diversifying the tech world, reaching out to Black and Hispanic populations, women, and low-income communities. If it is successful, it may transform Silicon Valley from the stomping grounds of white twenty-somethings wearing stained hoodies into a cosmopolitan center that finally includes those who have been barred from the coding world in the internet age. The site is designed to connect with parents as well as their children, encouraging them to ask for computer science courses at their schools and asking them to support their children’s efforts. Zuckerberg’s past philanthropic efforts never emphasized parent participation. It’s hardly a stretch to think that Zuckerberg designed this project with his daughter in mind, hoping to make the coding world more inclusive for her as she grows up within it. Most parents want to make the world a better place for their children, and Zuckerberg is no exception.

Zuckerberg has spent the past five years donating generously to education–his infamous $100 million donation to Newark Public Schools has been dissected at length in Dale Russakoff’s “The Prize“—but this is the first time he has stepped forward to launch his own community outreach initiative. Zuckerberg and his wife Priscilla Chan are also launching a K-12 school in Palo Alto designed for low-income students (tuition will be free and healthcare services will be provided for all students). Like TechPrep, the school promotes parent involvement, offering parent-inclusive activities for infant and toddler students. Chan is the mastermind behind the project, with a passion for education and healthcare–she taught elementary school science, ran an after-school program in a housing project and worked as a pediatrician in a low-income area. Chan’s experience gives the project credibility while Zuckerberg’s commitment guarantees efficiency. A well-funded school with educated leadership? This is a fairy tale that could only come true in Silicon Valley.

Before TechPrep and “The Primary School,” Zuckerberg’s donations to education were massive and undeniably made with the best intentions, but lacking organization and creativity. Throwing money at the Newark Public School system, without oversight or active involvement, was a recipe for disaster. Zuckerberg had no experience with the administration or bureaucracy of the school system, therefore he had no idea which changes would be most effective and how long it would take to implement them.  He thought teachers would be the linchpin of educational reforms but had no concept of the power and obstinacy of teacher’s unions. The Newark project essentially crashed and burned because he jumped into philanthropy without sufficient research on the realities of the challenges he was hoping to solve. In contrast, TechPrep holds a greater potential for success because it capitalizes on Zuckerberg’s existing skill set–of course the man who launched the social media revolution should train the next generation of coders. Of course the person with the most knowledge on the subject should be in charge. TechPrep is the ideal successor to the Newark fiasco. Zuckerberg has learned his lesson about inefficient philanthropy and is going back to doing what he is best at: innovating in front of a computer screen.

Zuckerberg’s child will be tantamount to a First Daughter–celebrated as an icon, photographed like a movie star, and referred to on a first-name basis by complete strangers. With parents like Zuckerberg and Chan, it is almost certain that this child will be working hard and achieving from an early age. For all we know, the Zuckerberg baby may unlock the cure to cancer, undo global warming and make pigs fly. But even if she doesn’t do all those things, we are already in this baby’s debt. This child has her father-to-be thinking creatively about how to level the playing field in education–and nothing is more promising than a day when Mark Zuckerberg is on his A-game.

Jillian Sequeira
Jillian Sequeira was a member of the College of William and Mary Class of 2016, with a double major in Government and Italian. When she’s not blogging, she’s photographing graffiti around the world and worshiping at the altar of Elon Musk and all things Tesla. Contact Jillian at Staff@LawStreetMedia.com
Share:
Related ItemsCodingEducationFacebookInnovationMark ZuckerbergSilicon Valley