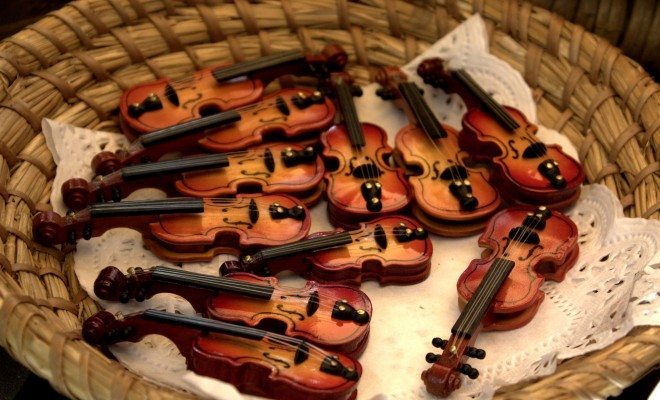 You Should Vote Republican Because You’re a Basket Case

Good afternoon, folks! Are you ready for the weekend? I am. I’ll be organizing a march on Rush Limbaugh’s recording studio. Everyone who participates has to wear eyes over their boobs!

Anyway! Rush isn’t the only conservative doofus who has no idea how to relate to women. Apparently, a senior House Republican strategist is training the GOP on how to talk to women voters. It isn’t going well.

The unnamed strategist doesn’t seem to be hopping on the, “Tell your breasts to stop staring at my eyes!” bandwagon. Yay! But he is advising conservative, non-uterus laden politicians to be more sensitive. Yup. Apparently the gender gap in pro-GOP votes is because women have too many feelings. Cue the tiny violins.

This senior strategist, who’s remaining anonymous — probably because his strategy is terrible — is urging his trainees to refer to themselves as husbands and fathers. He’s advising them to make blanket, disapproving statements about rape. And he’s telling them to connect with women on an emotional level.

So, basically, he’s telling Republican politicians that women are a big glob of emotional basket cases, making hysterical, irrational decisions not to vote for them. Appeal to those sobbing nut jobs! Win back those votes!

Are you kidding me?

This guy is probably the worst strategist on the planet. Which isn’t really a bad thing, because less votes for the Republicans! Yay! But seriously, what is going on here?

First of all, if you’re trying to appeal to a group of people by first assuming that they’re crazy, you’re not going anywhere fast. People—not just women—respond well to positive reinforcement and respect. They don’t really appreciate being treated like loony tunes. It’s condescending, insulting, and all around not fun.

So, if you want women to like you, maybe start by assuming that they’re smart? Capable of sound decisionmaking? Worthy of respect? These are the kinds of assumptions that lead to positive interactions between people—and in the Republican case—more votes.

Second, the conservative assumption that women are too sensitive to vote correctly isn’t just patronizing. It’s downright sexist. The image of the emotionally unstable woman is a gendered stereotype as old and tired as you feel after a night of super fun debauchery.

But actually. Ever heard of hysteria? It used to be a common medical diagnosis. Women would be deemed “hysterical” if they were plagued by excessive emotions. And, conveniently, since the cause of illness was a disturbance of the womb, only women could be hysterical.

So, basically, a man consumed with violent rage is just angry. But a woman in the same state is physically and mentally ill. Great! Just drop me off at the nearest insane asylum, would you dear?

Anyway! This whole “women are hysterical” crap is seriously old. Like, YAWN you’re so unoriginal I’m actually being bored back to sleep, kind of old. It’s 2013, people. Can’t you at least get a little creative with your gross and depressing sexism?

Apparently not. Appealing to women’s emotions is the foundation of the new Republican strategy to snag lady voters. And guess what? Not only does it prove that the Right still hasn’t managed to stop being sexist—it also shows that they can’t manage to come up with any new and creative solutions to old problems. Probably not the most qualified people to be running a country, am I right?

Finally, and perhaps most amusingly, the anonymous Republican strategist is advising his trainees to identify themselves first and foremost as husbands and fathers, and to broadly denounce rape. (You know it’s bad when you have to explain that rape is not something to be taken lightly.)

This shit cracks me up. For ages, women have been identified and valued primarily because of their relationships to other people. A woman is always someone’s wife, mother, sister, or daughter first. Is she also a business executive? A writer? A surgeon? Much less important. That comes second.

And that’s irritating as fuck! Women should be valued on their own terms, as individuals with societal contributions to make—not just as caretakers and companions. But no one’s telling the Republicans that. No conservatives are looking to subvert the sexism that assumes women are most useful when they’re behind the scenes. Nope. Instead, they’ve just decided to half-assedly stoop to a woman’s level on the campaign trail. Identify as a father first, a Congressman second. Meanwhile, we all know who’s more likely to be at home, potty training that father’s children. (Hint: Not him.)

So, ladies, the next time you want your elected official to vote against abortion restrictions, food stamp cuts, or affordable healthcare, start crying. Throw a tantrum. Get hysterical. Accuse your legislator of being insensitive.

Because apparently they’re being trained to respond to that.

Hannah R. Winsten is a freelance copywriter, marketing consultant, and blogger living in New York’s sixth borough. She hates tweeting but does it anyway. She aspires to be the next Rachel Maddow.

Hannah R. Winsten
Hannah R. Winsten is a freelance copywriter, marketing consultant, and blogger living in New York’s sixth borough. She hates tweeting but does it anyway. She aspires to be the next Rachel Maddow. Contact Hannah at staff@LawStreetMedia.com.
Share:
Related ItemsConservatismGOPHysteriaPhysiciansPoliticsRepublicansRush LimbaughSexismVotersVotingWomen