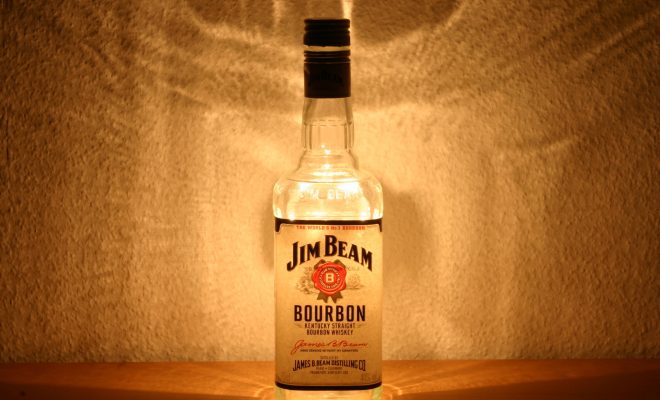 More than 200 workers at Jim Beam distilleries in Kentucky are striking, protesting long work hours and what they say are unfair scheduling policies. This strike comes after the workers’ union rejected two deals from the company over the last couple weeks.

Exports to overseas markets such as the U.K., Canada, and Germany have more than doubled in the past decade, from $743 million in 2005 to a projected $1.56 billion last year.

Bourbon specifically, which is almost exclusively produced in Kentucky, has seen a big uptick in sales. Production of bourbon hit a 50-year high last year, and as the world’s largest bourbon producer, Jim Beam was responsible for a large part of that.

But this increase in production added extra burden for the workers. The Jim Beam workers who are now striking claim that they had 60-80 hour work weeks. They also claim that the company has hired a lot of temporary workers and doesn’t pay attention to seniority or dedication when assigning shifts. The company has made an offer to the union that includes pay increases, and attempted to deal with the overtime and temporary worker issues, but it was rejected. Now the workers are striking until a new deal is made.

Jim Beam workers (@UFCW Local111D) are on strike in Kentucky. It’s not straight whiskey if workers are disrespected. pic.twitter.com/pSz61xcmzm

All through negotiations, we tried to make the point that what we were trying to change is the atmosphere. It was about the people, not so much about anything else. It kind of fell on deaf ears.

It’s unclear if the strike will affect availability of Jim Beam–the company said it doesn’t expect any shortages, but the workers say that there will be efficiency issues without them there. And who knows when this will get resolved, because it seems to have gotten more personal than just about pay. Mudd said:

Most importantly, we are seeking a better work/life balance and a return to the family values and heritage upon which the Jim Beam brand is based. All of us work hard and have earned and deserve a better life.

Anneliese Mahoney
Anneliese Mahoney is Managing Editor at Law Street and a Connecticut transplant to Washington D.C. She has a Bachelor’s degree in International Affairs from the George Washington University, and a passion for law, politics, and social issues. Contact Anneliese at amahoney@LawStreetMedia.com.
Share:
Related ItemsBourbonJim BeamKentuckyUnionWhiskeyWorkers