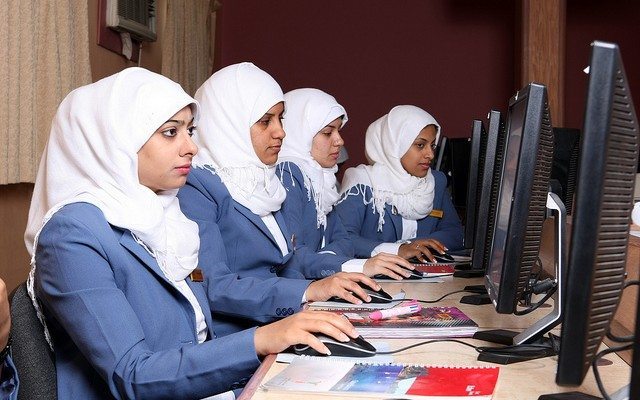 “Time Macho” is the Rape Culture of the Workplace

People cite it all the time: women make 77 cents to every dollar men make. We use it as a linchpin in arguments about equal pay, feminism, glass ceilings. We offer it up as proof–because mind-bogglingly, we still need to “prove it”–that feminism is a necessary thing.

But the whole 77 cent thing? Not actually true.

Because that statistic is assuming that the default status is whiteness. But really, Black women make 64 cents to every white man’s dollar. Latina women, 53 cents. Native American women, 60 cents. Similarly, women with dis/abilities (race wasn’t specified, as far as I could find) make 67 cents to men without dis/abilities’ dollar, and 87 cents to what men with dis/abilities earn. Queer women? Especially queer and trans women of color? Similar story.

But even that, even complicating the wage gap narrative we offer as “concrete proof” that sexism is, you know, a thing, is not enough. Because sexism at work manifests in way, way more than just pay differentials. It’s more than straight-up (pun intended) discrimination.

Workplace culture is a massive part of the misogyny of the job market (in so many more ways than I have space to discuss here). As Anne-Marie Slaughter, president of the New America Foundation, wrote in 2012 for The Atlantic:

The culture of “time macho”—a relentless competition to work harder, stay later, pull more all-nighters, travel around the world and bill the extra hours that the international date line affords you—remains astonishingly prevalent among professionals today. Nothing captures the belief that more time equals more value better than the cult of billable hours afflicting large law firms across the country and providing exactly the wrong incentives for employees who hope to integrate work and family.

But let’s even put aside “family” for a moment–because some women wanting (or needing) time with their families (implication: their kids) isn’t the only reason that “time macho,” as Slaughter calls it, is a misogynist expectation.

“Time macho” is misogynist because it places value on a kind of masculinized “endurance” that is simply unhealthy: the burden of being first in the office in the morning and last to leave at night disproportionately falls on women of color, queer women, women with dis/abilities (and combinations thereof) because we have more to “prove” in this society.

“Time macho” is misogynist because it defines “production” as the primary value while feminizing self-care as weak, as less “tough,” as less competitive. It places short term over long term, and it promotes disdain for those of us who try to take care of ourselves.

“Time macho” is misogynist because it is yet another way that women are not permitted to say “no” without consequences: the rape culture of the working world, “time macho” creates workplace cultures in which women have to say yes to the extra night shift, to the additional project, to the seven-day work weeks in unhealthy and unsafe environments, to the 10:00 PM conference call.

Because if we don’t, we know there are plenty of men (or other token women) waiting in the wings to get paid more than we get paid to do the same thing we do; plenty of men (and women, because we get sucked into this, too) waiting to give us less-than-stellar recommendations about us being “not a great fit” in the office, being “disagreeable” or “confrontational” because no, nope, actually, my health is more important than your misogynist expectations.

Jennifer Polish
Jennifer Polish is an English PhD student at the CUNY Graduate Center in NYC, where she studies non/human animals and the racialization of dis/ability in young adult literature. When she’s not yelling at the computer because Netflix is loading too slowly, she is editing her novel, doing activist-y things, running, or giving the computer a break and yelling at books instead. Contact Jennifer at staff@LawStreetMedia.com.
Share:
Related ItemsEqual PayFeminismMacho WorkplaceMasculinityPoliticsRacismSelf-CareTime MachoWage GapWomenWomen in the Workplace