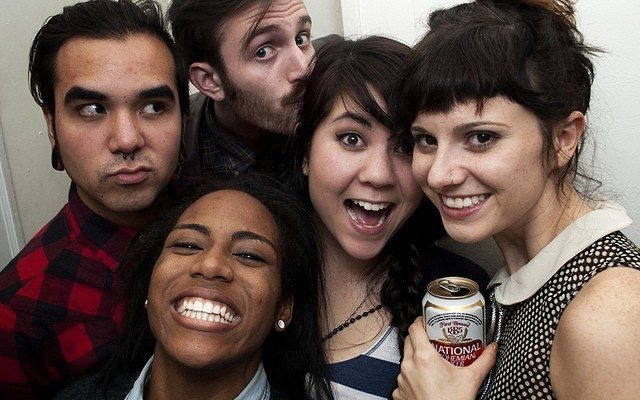 The Simple Classification of Friends in a Post-J.D. World

I graduated from law school almost five months ago, in May 2013.  From late May to late July, I spent two months being depressed and suicidal, otherwise known as bar prep.

A shockingly accurate representation of summer 2013.

Post-bar, I spent a month catching up on terrible reality television, reading stupid magazines, and engaging in other activities that required little-to-no brain functionality.

Surprisingly, what I didn’t do was make a particular rush to catch up with the friends that I had effectively neglected for two and a half months.  I was in a bar exam-induced PTSD, and I couldn’t fathom being around others who had not just gone through the same level of intellectual violation and warfare.  Everyone was uncomfortably happy and upbeat about the future, and I was not in the same boat.  I knew that I had three and a half months of waiting for bar results, and that thought remained in the back of my mind every day.

As I slowly but surely reemerge into polite society from my self-imposed exile, I realize that there are so many misconceptions about life during and after law school. These funnily-flawed thoughts come from four broadly classified categories of friends.

These are your non-legal friends who are personally and professionally winning.  People often forget that you paused your life for three years to learn the law.  Unfortunately, the world didn’t pause with you.  In fact, it seems like their lives fast-forwarded a few chapters: promotions, engagements, marriages, and home purchases are what all of my friends talk about now.

Do you know what I talk about now? (1) Funemployment—not so fun.  (2) Educational debt—tons of it.  (3) Feeling old- what’s a Miley Cyrus?  (4) Reality tv- I live vicariously through Bravolebrities.  I literally don’t know how to relate to conversations about the depreciating value of diamonds and how the engagement ring business is a genius scam.  Diamonds and engagement are so far away for me, but for everyone else it’s happening!

Sorry, smart friend  who didn’t go to law school — I can’t relate to your perfect problems.

While we spent the last 1,100-ish days creating pneumonic devices for Constitutional tests (Lemon Test= SEX= Secular purpose; no primary Effect of advancing or hindering religion; no eXcessive entanglement.  You’re welcome), your friends were at work.  They were becoming more practically skilled in their professional fields, whereas you were receiving theoretical training.  You were getting A’s and B’s, but they were getting promotions.  The reality is that even if you become a first-year associate at a top law firm, you’re at the bottom of the totem pole.  Your friends, however, are not.  Thanks, law school.

We get it, you’re happy.

Let us catch up, guys! We were on the bench for 3-4 years and now we’re trying to get back in the game!

These are your friends who can’t grasp what current law students and law graduates know: law school ages you! You know those side-by-side comparisons of Presidents George W. Bush and Barack Obama from their first Presidential portrait to their second?  And how everyone remarks that they have many more wrinkles and much more gray hair.  Such is life for a person learning the law.

Everyone expects you to rage at the end of the semester, and that desire to get you blackout drunk grows exponentially when you’re done taking the bar.  Little do your friends know that, while you talk a big game about drinking your face off, all you really want to do is sleep.  Perhaps you’d like to read a non-legal book? I hear they’re interesting.  Maybe jump on that exercise fad? There’s so much to try, but it’s difficult to get off of the couch because you feel so old.

My response every time someone wants to catch up over drinks.

Law students and lawyers read a lot.  Our eyesight is terrible.  Our backs hurt from carrying so many books (unless you had a wheelie backpack, in which case…just go).  We have a severe Vitamin D deficiency, because fluorescent library lights just aren’t as healthy for humans as sunlight.

Let us get some rest and attempt to feel like real humans again.  Once we’ve accomplished that (seemingly insurmountable) goal, we will gladly have a beer with you…or twenty.

These friends are your biggest cheerleaders, but also have no idea about the reality you face.

I love comparing the pep talks I receive with those received by other law school friends.

Friend A: “My mom said I should apply to the biggest firm in the country because they’d be lucky to have me!”  Facts:Not necessarily true.  In fact, most likely not true, especially if you’re weren’t a summer associate at the firm.

Lisa Vanderpump and I appreciate the sentiment, but you’re wrong.

Friend C: “I’m pretty sure I failed the bar, but all of my friends say I definitely passed because I studied so hard.”  Fact: Actually, it’s a total toss up and we don’t find out until November, because bar examiners are sick and twisted people.  Also, the bar is a test that requires minimum competency, which is tough to gauge!

Friend D: “You’ll find a job, you’re smart!” Fact: Yes, but so is every other unemployed kid with a JD, and every unemployed actual attorney, so…. next.

The moral to this group of friends? We get it; you’re doing your job and being supportive and nice.  You, however, are incorrect about most of the smoke you’re blowing.

Enough is enough! Stop being such a good friend, right Taylor?

We secretly really appreciate it, though.

This group is the best: the friends who work for big law and aren’t yet used to their new lifestyles.

The most inadvertent comments from them remind you of the stark differences of your post-graduation paths.

Like, how can you not sympathize with someone who hasn’t cooked in weeks because the firm insists on feeding them breakfast, lunch, and dinner?

Seriously, guys, sometimes you want to walk home after a long day in the office, but if you stay past a certain hour, you have to take a car service.  Ugh.

Would you believe there are people out there suffering the indignity of business class? I’d quit.

Their comments are equally representative of their acceptance of the monumental change in their lives and the shock that all of this is happening to them.  They get a lot of perks, but they work all the time.  Some of them really enjoy what they do (FREAKS), and some of them feel the exact opposite way.

You’re of course genuinely thrilled for them, too. It’s always nice to have a bunch of friends at a bunch of firms, especially if you’re considering running for public office one day (wink wink nudge nudge Citizens United, anyone?).

Seriously, donate to my Senate campaign in 2026!

Are there any other groups I’m missing? Let me know in the comments!

(all .gifs provided by the genius T. Kyle MacMahon from Reality TV .gifs.)