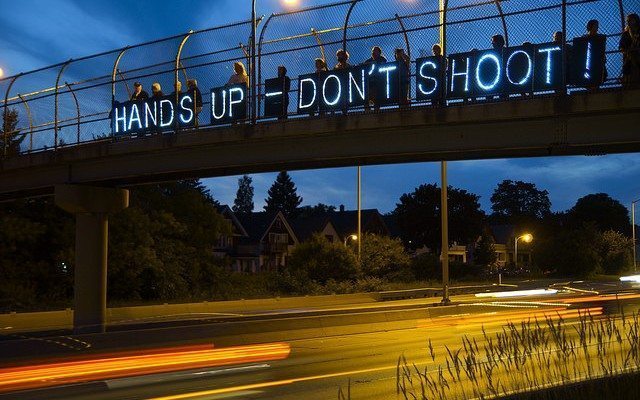 Last week in Kansas City, Missouri Tyrone C. Brown went into a community auditorium expecting to hear a presentation from law enforcement officials to help end violence in his community. Instead, to his surprise, he watched a slide show of mug shots of people the police were cracking down on. Brown then saw a familiar face pop up on the screen–his own–linking him to a criminal group that had been implicated in a homicide. Brown, who relayed this story to the New York Times, described feeling “disturbed,” acknowledging that he has been involved in crime but has never been involved in a killing. But Brown’s reaction to this accusation is just what the authorities desired. Brown’s situation is an example of an experiment taking place in police departments around the country, in which authorities have started to use complex computer algorithms to try and pinpoint people most likely to be involved in violent crimes in the future. Unfortunately, this tool might end up being more harmful than helpful.

This strategy combines aspects of both traditional policing, like paying attention to “hot spot” areas or communities or close monitoring of parolees, and more technological data like social media activity and drug use statistics. The program applied to Brown’s case is referred to as the Kansas City No Violence Alliance, assuring Brown and others that “the next time they, or anyone in their crews, commit a violent act, the police will come after everyone in the group for whatever offense they can make stick, no matter how petty.”

Although the goal of this program, and similar programs, is to do everything possible to prevent crimes from happening and may be benevolent, this is not the way to achieve that goal. This program only perpetuates the enormity of our racial profiling problem. The nature of these programs are essentially spitting in the face of the Black Lives Matter movement and other related groups. These programs say they are using a “complex computer algorithms” to try and predict crime, meaning authorities will be relying on the very skewed and racist demographics of those who are charged with crime. The nature of these programs could forever put a halt to building more positive relationships between the police and those who are too often targeted and subsequently charged with crimes–people of color.

How can reform of the system and those involved in crime be possible when programs like Kansas City No Violence Alliance are spreading across the nation? This vicious cycle will only continue with police “pinpointing” individuals who live in poorer areas or who are people of color. Over the last few years, in the midst of infuriating tragedies like the deaths of Trayvon Martin and Michael Brown, there has been important outcry and work toward reforming flawed institutions. Sadly, programs like the one implemented in Kansas City and across the country are working against this positive progression. There is a way to both combat crime and to stop racial profiling, and these programs are not the answer.

Kui Mwai
Kui Mwai is a junior at American University, studying Law and Literature. She is from Nairobi, Kenya. Contact Kui at Staff@LawStreetMedia.com.
Share:
Related ItemsCrimeCrime in AmericaLawPolicePoliticsUnited States