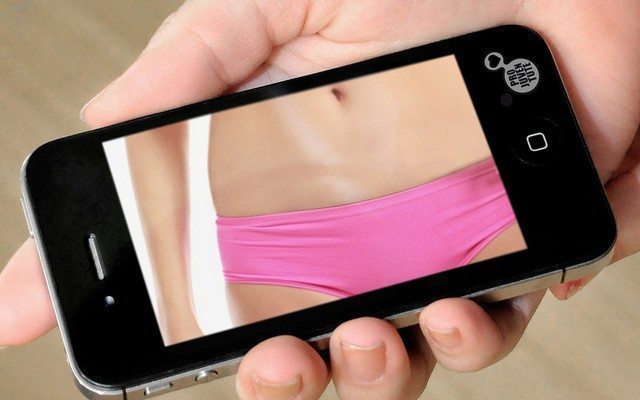 PSA: Nude Photos Will Send You to Jail

Okay. I’m sorry. What!?! I have so many questions. First of all, if he is your former boyfriend why are you still even communicating with him? Secondly, what was she doing with his phone at all? Third, don’t you think at 28 you would be mature enough to not take this to Facebook? I don’t get it. I don’t get the blatant disregard for an innocent bystander and the maturity level of this woman. I also kind of wish there was a stupid clause tacked on to the law to give this girl an extra six months to sit in solitude and think about how dumb this whole situation is. Craig might go to jail and have to fork over $2,500 for something petty that could have been avoided if she just stopped and thought about what was the real issue and not harming an innocent bystander.

I like this law. The only thing that concerns me is that if this is a first-time offense, both Crystal and Rachel will probably not do any time and will just pay the fee. I know prisons are crowded and our tax dollars are hard at work with sustaining life for idiots who like to break the law, but maybe there should be something a little bit more that we could do. Maybe a class on how to not be so stupid? Or teach kids the proper way to use social media?

I like Facebook and Instagram and I admittedly have a serious love of Twitter, but I don’t need to know everything that you are doing. I don’t need to read about your daily drama. And I definitely don’t want to see you posting nude photos of another woman just because you’re mad at some dude who probably won’t matter to you in five years. Craig and Cherry get to be reminded of that every day now for the rest of their lives when they have to include their misdemeanor convictions on any application they fill out.

This month Jennifer Lawrence is on the cover of Vanity Fair and in her interview she mentions the celebrity nude hacking scandal that she was a part of. J-Law called it a “sex crime not a scandal,” and I tend to agree with her. Not only did this hacker violate someone’s privacy but also committed a cyber crime. Hundreds of celebrities’ nude photos were splashed across the internet, violating their privacy. Some people say that when you choose the life of a celebrity you choose to give up your privacy, but I completely disagree. Celebrities are still people. But I will criticize anyone who is dumb enough to take nude photos and save them anywhere. iCloud is not secure. Your computer is not secure. There is always someone trying to hack into something that will violate you in some way and they may just be doing it for the fun or just because they can.

Even some idiot Pasadena, Texas school teacher gave nude photos to a student she was having an affair with who ultimately ended up sharing them with others. Ashley Zehnder, 24, had reported that nude photos of her were being shared throughout the school where she taught. An investigation revealed that she was sleeping with a student who shared them. Will anything happen to the student who was having the affair and sharing the nude photos? Probably not. But Zehnder lost her job, will go to jail, and will probably have to register as a sex offender. Can we say Mary Kay Letourneau?

I think that there is a lesson in all of this. People need to be more cautious about what they are doing and where it is being saved. Craig and Cherry’s victims are on the same side as Jennifer Lawrence and other celebrities. The only difference is Craig and Cherry got caught. Zehnder is the predator and the victim. Her private nude photos were shared with an entire school but she also preyed on a student.

Word to the wise: if you are going to take nude photos use a Polaroid and burn them when you are done if you don’t want them to be shared. Or better yet, just don’t take them. Have a little modesty and respect for yourself. If you want to share being nude do it in person where the only other person looking at you can only use their memory, not a hard copy that could be sent out to the world.