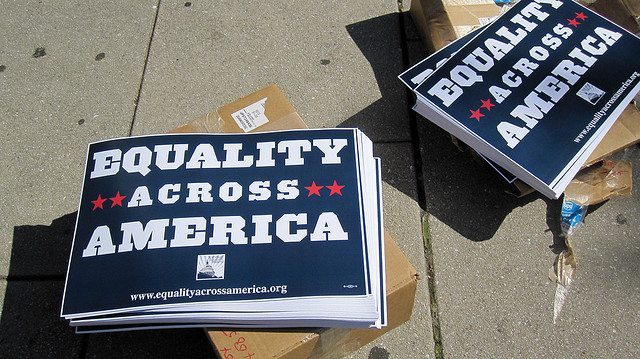 Gather ‘round, Constant Reader (if I may be so presumptuous with my very first blog post). Let’s wax nostalgic for a tick.

There we go. That should set the mood.

It’s 1987. Hollywood’s been treating the world to some gems: Adventures in Babysitting; The Lost Boys; Nightmare on Elm Street III. On the politics front, the sun is setting on Reagan’s presidency and the Cold War. Most importantly, though, the Washington football team (which shall remain nameless) has made it to Super Bowl XXII. It’s halftime and they’ve just hung 35 second-quarter points on the Broncos — a Super Bowl record. By game’s end, the Washington football team’s quarterback, Doug Williams, would be become the first black quarterback to win the Super Bowl.

Despite Williams’ achievement, the idea persisted that black quarterbacks aren’t as smart as their white counterparts. Years later, this refrain played out to major controversy when Rush Limbaugh called Donovan McNabb, quarterback of the Philadelphia Eagles, overrated, explaining that the liberal, mainstream media with its PC bromides just wanted to see a black quarterback succeed.

Fast forward to this year. And thank you, by the way, for allowing me a momentary walk down memory lane. It does indeed warm my very gay heart cockles to talk football (usually 49ers). But, with that jaunt I have a point: the NFL appeared to have progressed by leaps and bounds when the St. Louis Rams drafted Michael Sam earlier this year, the first openly gay football player in the NFL.

To boot, the cameras then panned to him planting an Al-and-Tipper-level kiss on his boyfriend.

Even more, Michael Sam is black and in an interracial relationship. Boom! Check, check, and check. Who’da thunk the NFL could be so forward? So au currant?

Then I remembered that I’ve only ever lived really in the most liberal of hotbeds, Los Angeles and New York City, and I slowed my roll. In fact, I think we all ought to slow our rolls. While the LGBTQ community continues to march toward full equality, other minority communities are seeing their gains erode. Just look at the Supreme Court’s recent ruling upholding Michigan’s constitutional amendment banning affirmative action in admissions to the state’s public universities. (As an aside though, yay for Justice Sotomayor’s blistering, two-snaps-and-an-around-the-world smack down dissent!)

The LGBTQ community is rightfully and deservedly celebrating its recent electoral and legal victories. As a member of the community I have tempered my elation, though, because I feel deeply that the fortunes of “discrete and insular minorities” are intertwined. No doubt, the Michael Sam moment was indeed big; a watershed moment totally deserving of celebration. But let’s not get too ahead of ourselves. The NFL still makes its bones playing to the hyper-heteronormative crowd. Just sit through those Go-Daddy commercials during the Super Bowl. We aren’t yet living in the post-racial, post-gender, post-et-cetera world promised with the election of Barack Obama. Bigotry accumulated over time tends to pervade everything from society’s institutions to even its more subtle, discursive acts of culture. I’ll more fully celebrate the Michael-Sam-type moments when progress begins to happen on all fronts, not just one.

Chris Copeland (@ChrisRCopeland) is a staff attorney at a non-profit organization in the Bronx, a blogger, and a California ex-pat living in Brooklyn. When he’s not reading, writing, or watching horror, he explores the intersection of race and LGBT issues with Law Street.

Chris Copeland
Chris Copeland is a staff attorney at a non-profit organization in the Bronx, a blogger, and a California ex-pat living in Brooklyn. When he’s not reading, writing, or watching horror, he explores the intersection of race and LGBT issues with Law Street. Contact Chris at staff@LawStreetMedia.com.
Share:
Related ItemsAffirmative ActionConstitutionDue ProcessEqual ProtectionFootballLawLGBTLGBTQMichael SamNFLPoliticsProposition 8RaceSame Sex Marriagesame-Sex Marriage BanSuper Bowl