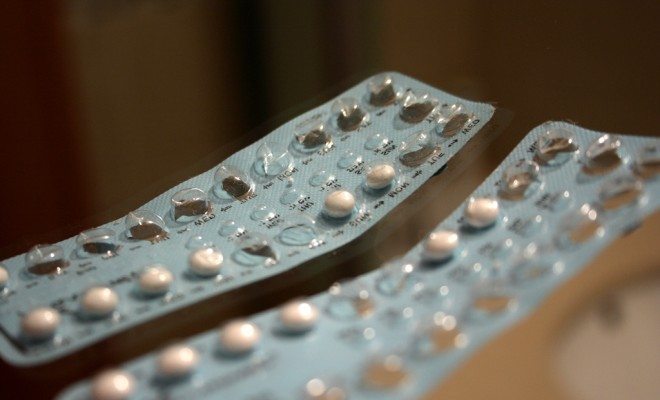 Good morning, folks! Time for your weekly dosage of anti-feminist bullshit! On the menu today is Hobby Lobby, a for-profit corporation owned by a family of religious zealots that doesn’t want to cover your birth control.

Also, it doesn’t want any other employer-sponsored health insurance to cover your birth control either.

So, keep your legs closed?

I know, I know, conservatives bat this shit around all the goddamn time. They’re constantly challenging a woman’s right to choose, trying to flip or amend the shit out of Roe v. Wade to resurrect the age of the coat hanger, slash birth control coverage, nix preventive care exams, and pretty much destroy all the basic healthcare measures that are associated with vaginas.

And so far, they haven’t managed to deny all of us some modicum of control over our own bodies. Those of us who are lucky enough to live in a blue state with a decent level of economic privilege are still visiting the OB-GYN each year. But.

This obnoxious fuck of a company is suing the Department of Health and Human Services on the grounds that the contraceptive mandate in the Affordable Care Act infringes on their constitutional right to religious freedom. According to Hobby Lobby, since they’re owned by devout Christians, their health insurance benefits shouldn’t have to cover contraception for employees.

To make this even more awesome, Hobby Lobby is basing these claims on some crap-tastic pseudo-science about “abortifacients.” The company is already covering 80 percent of the mandatory contraceptives listed in the ACA, but is holding out on two forms of intrauterine contraception, and two forms of emergency birth control.

Contrary to the ridiculous claims they’re making about those devices, none of them are abortion pills. Which, for the record, are totally on the market and widely used. These just aren’t them.

Literally no one is a fan of this lawsuit.

For all the people who are in favor of women controlling their own bodies and sexual health, this is obviously some bullshit. Birth control and emergency contraception are basic tools that allow women to maintain their sexual health and control their destinies. Those are rights that shouldn’t be up for debate.

But what’s really surprising is who else isn’t a fan of this suit.

That’s right! All the rich, conservative, white men who run the United States’ Fortune 500 companies have failed to file a single amicus brief in Hobby Lobby’s favor. They’re just as freaked out by this attempt at religious discrimination as feminists are.

Why? Because it would fuck shit up, business-wise.

Hobby Lobby’s case is built on the argument that a corporation isn’t separate from its owners. By their logic, since Hobby Lobby is owned by devout Christians, the company itself is also a devoutly Christian entity whose religious freedoms can be violated. This move conflates the business and its owners, making them one in the same.

And that’s really dangerous for business owners all across the country. The Chamber of Commerce and other organizations have filed a ton of amicus briefs opposing Hobby Lobby, citing how important it is to keep corporations separate from their owners.

This principle is called the “corporate veil,” and essentially, it protects its owners from liability. Since a corporation has a different set of rights and obligations than its owners, an owner can’t be held personally responsible for a company oversight, and vice versa.

But Hobby Lobby wants to have it both ways. They’d like to hang on to that liability protection, while simultaneously doing whatever the fuck they want.

So, at the end of the day, this lawsuit is a problem for everyone. It’s a problem for business owners who don’t want the corporate veil to get ripped to shreds. It’s a problem for women — specifically those employed at Hobby Lobby — who need their birth control to be covered under their health insurance. It’s also a problem for literally anyone whose behavior or existence violates someone’s religious beliefs.

Virtually any kind of discrimination could be protected under a veil of religious freedom, making each individual person — and their company — a law book unto themselves.

This shit is ridiculous, am I right?

Religious conservatives, you do you. You be religious! You proselytize against birth control all you want. But stop trying to use your religious beliefs as an excuse to treat those of us who aren’t on your team like crap.

We’re seriously over it.

Hannah R. Winsten
Hannah R. Winsten is a freelance copywriter, marketing consultant, and blogger living in New York’s sixth borough. She hates tweeting but does it anyway. She aspires to be the next Rachel Maddow. Contact Hannah at staff@LawStreetMedia.com.
Share:
Related ItemsAbortionAnti-FeminismAnti-GayBirth ControlChristianityConservativesConservativismContraceptionFeminismFreedom of ReligionHobby LobbyReligionReligious FreedomWomen